UPDATE (3/2021):  Misha has now rebranded and relaunched as Wunder Creamery.  I do not know if the two products are exactly the same, as I have only tried the Misha versions!

I was first introduced to quark a couple of years ago after never knowing that such a thing exists.  What is quark?  It's a yogurt-ish dairy product that's made by blending dairy cultures with milk and straining it, resulting in a super thick and creamy "yogurt" with up to 17 grams of protein per cup.  The quark is then gently heated to raise the pH which leaves a flavor that does not have the "tang" of a similar protein loaded dairy - Greek yogurt.  I know quite a few people that haven't been able to jump on the Greek yogurt bandwagon because of that telltale tanginess, so quark might be a great option for you if you are one of those people.

Misha Quark, now Wunder, is made using locally-sourced grass-fed milk in Upstate New York and their products do not contain sweeteners, preservatives, artificial flavors or colors, or synthetic growth hormones. 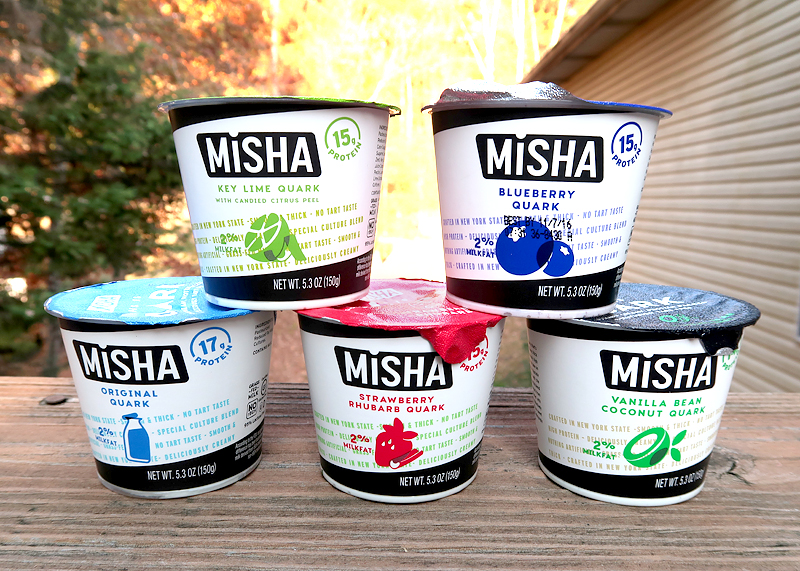 Update (3/2021): These nutrition facts may no longer be accurate since the rebrand and relaunch of Misha as Wunder Creamery.

Here's the rundown on the nutrition facts and ingredient lists for all 5 flavors of Misha Quark.  Click on the image above (and then if you see a magnifying glass when you hover your mouse over the image, click once more) to get a larger easy-to-read version. 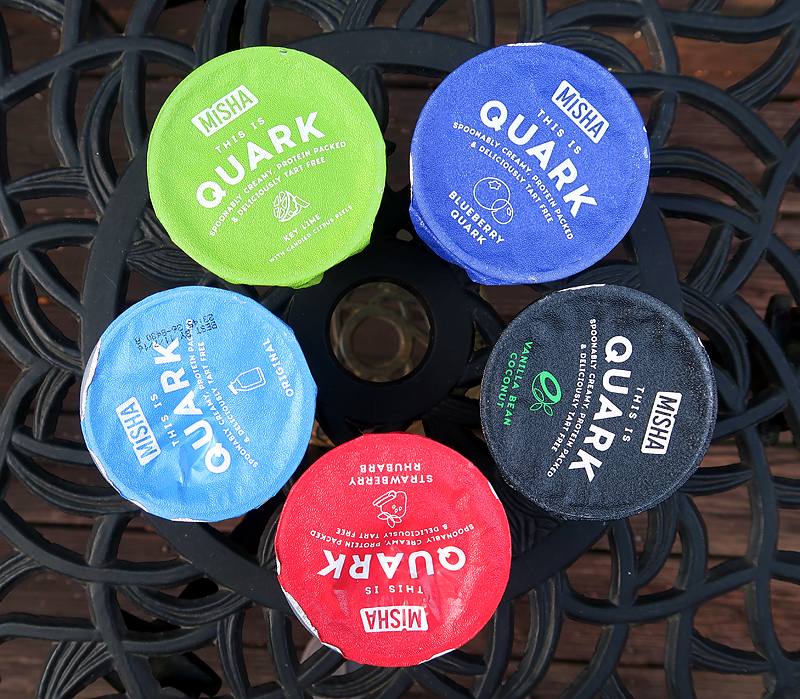 I was intrigued by many of these flavors (I'm looking at you, vanilla bean coconut and strawberry rhubarb!) and couldn't wait to give them a try.  Greek yogurt is a breakfast staple of mine and I eat it every day, so the quark became a seamless addition to my mornings. 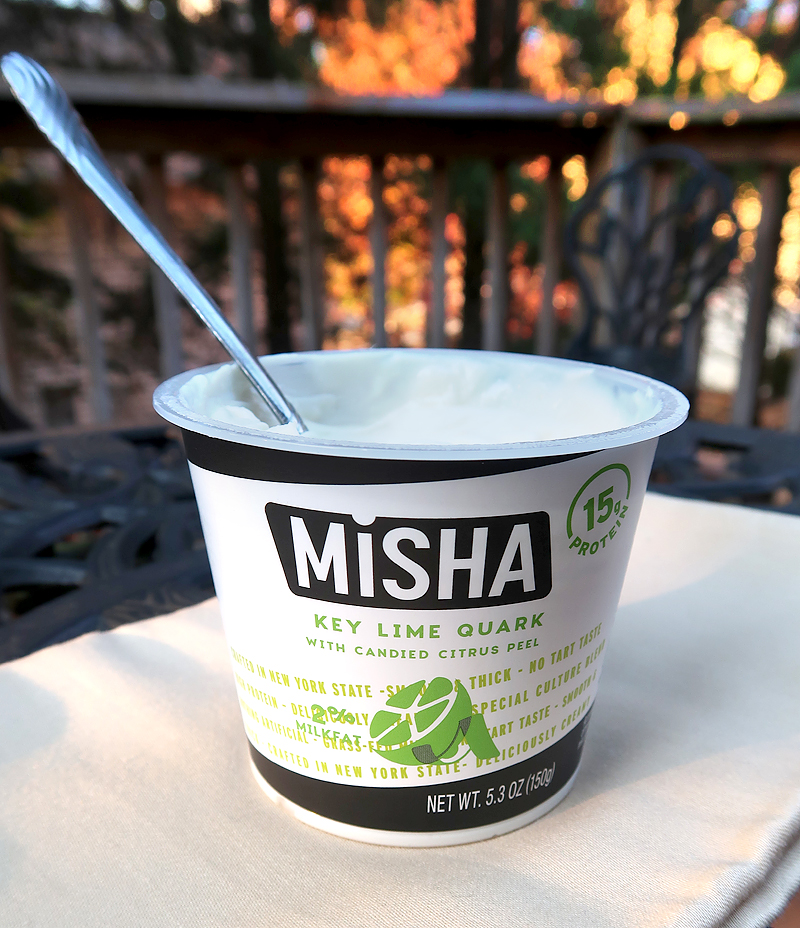 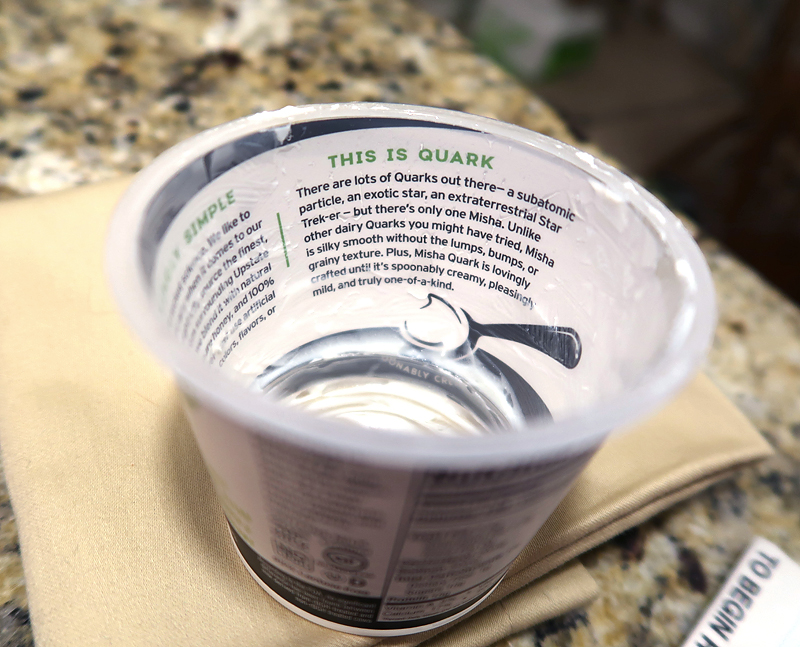 Always a sucker for creative packaging, I liked that as I ate the quark, I revealed some printed information inside of the container. 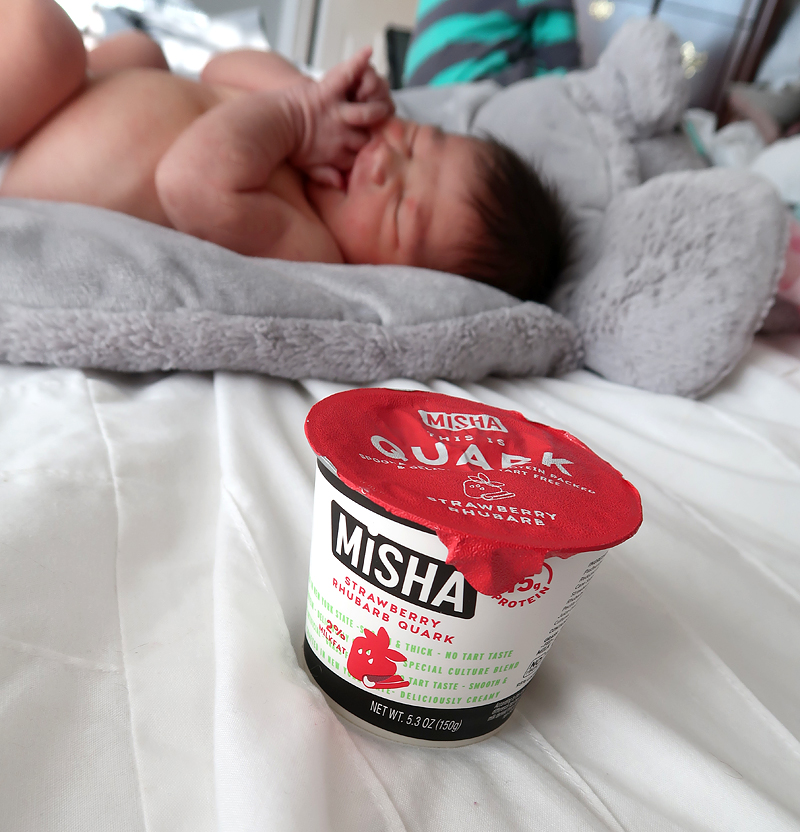 Next I tried the strawberry rhubarb... fresh quark for breakfast and fresh babies go well together, don't you think?  I was excited about this flavor and it didn't let me down.  The rhubarb adds a bit of tang that's accentuated by the addition of a bit of lemon juice.  The strawberry puree and cane sugar contributes a bit of sweetness.  This was one of my very favorite flavors, #2 of the 5 to be exact. 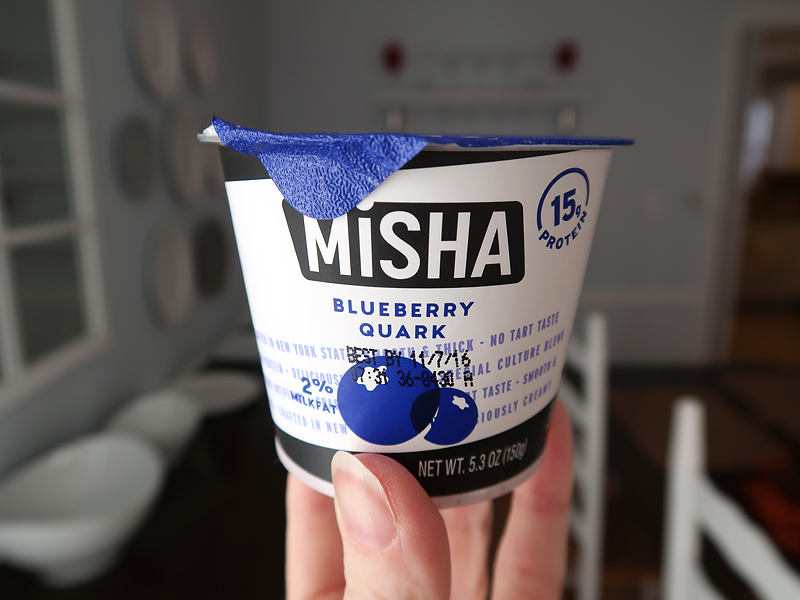 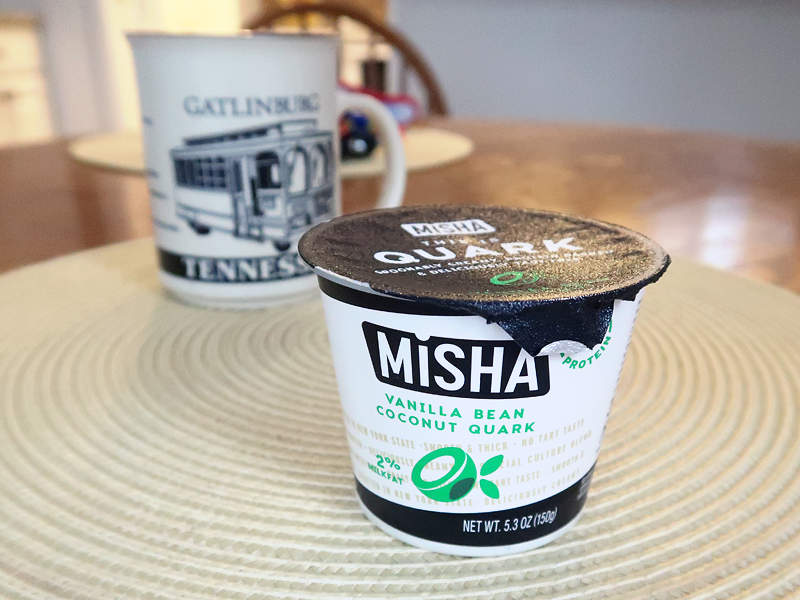 Next up was the flavor that caught my eye from the moment I opened my package from Misha - vanilla bean coconut.  My all-time favorite Greek yogurt flavor is toasted coconut, so I was mighty excited to see a coconut-flavored quark.  This variety has a higher calorie and slightly higher fat content due to the addition of creamed coconut, but it's so worth it.  This was, without a doubt, my favorite flavor! 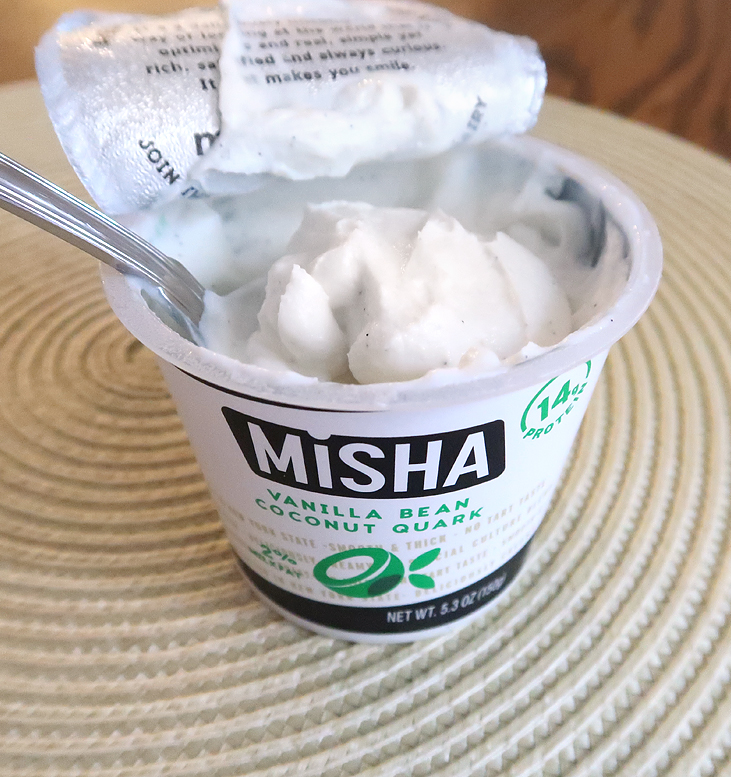 This flavor includes actual ground vanilla beans, which are apparent in appearance and in taste.  The creamed coconut adds even more creaminess to an already smooth product, and the combo of the fresh coconutty flavor with the powerful vanilla bean is incredible.   I would eat this every single day.

Misha Quark Original Flavor:  I tried the original flavor over a couple of days, since I typically use the plain flavors of quark or Greek yogurt as a healthier substitute for condiments such as sour cream or mayonnaise instead of eating it on its own.  I think that, in those applications, Greek yogurt actually works better as a healthy condiment because the tang and tartness needs to be there to really amp up the flavor.  That said, I would eat the original quark paired with some fresh fruit and chopped nuts - yum!

Questions of the Day:

Do you like Greek yogurt?  Would you want to try quark as a Greek yogurt alternative?  Which of these flavors would be your favorite?