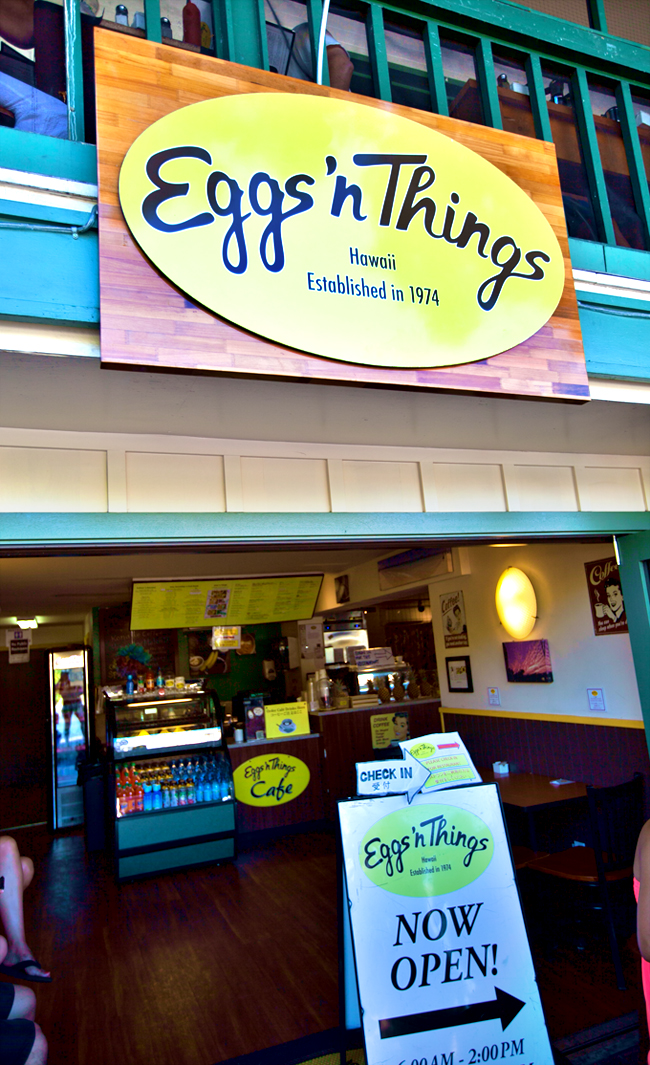 While taking an early morning walk through Waikiki Beach we noticed an impressive crowd outside of Eggs 'n Things and commented that it must be a great place to draw in such a crowd on a weekday morning.  When our friends suggested that we meet there for breakfast the following Sunday (which happened to be Father's Day) we readily agreed - time to find out what that crowd was all about!

Instead of going to the location directly on the beach, which I later learned is called the "Eggspress" location, we went to the one on Saratoga Road not much farther away and still within walking distance of our hotel.  When we arrived we realized that even this secondary location was packed with people and we had a significant wait before being seated in a second floor dining room with ceiling fans stirring the hot, balmy summer air. 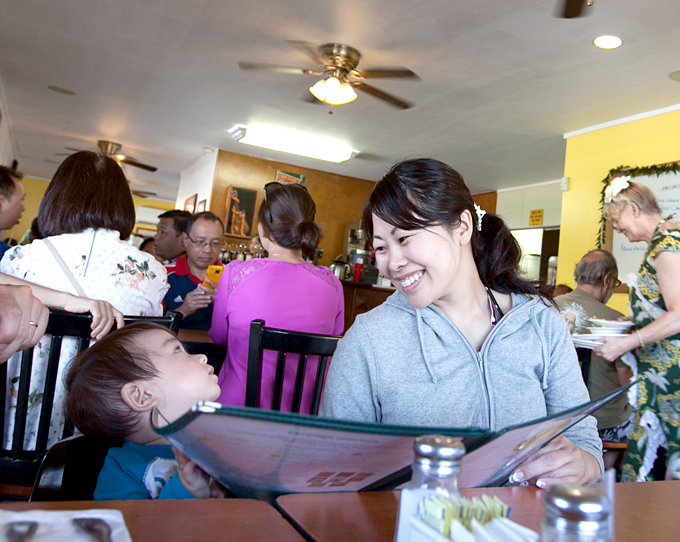 Our friends had just gotten married a few days before and it was great to get to spend some "one on one" time with them and their baby, who is exactly 2 weeks older than Jasper! 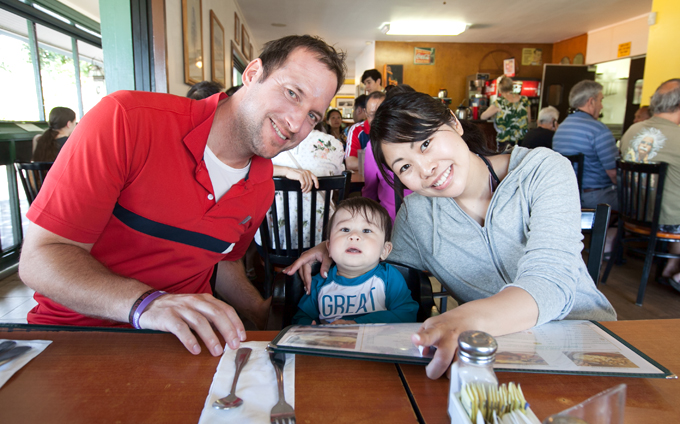 Aren't they a cute family? 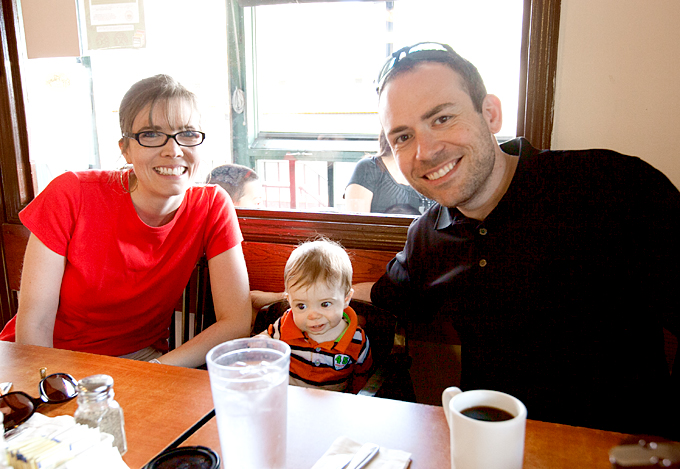 Jasper's face cracks me up here. 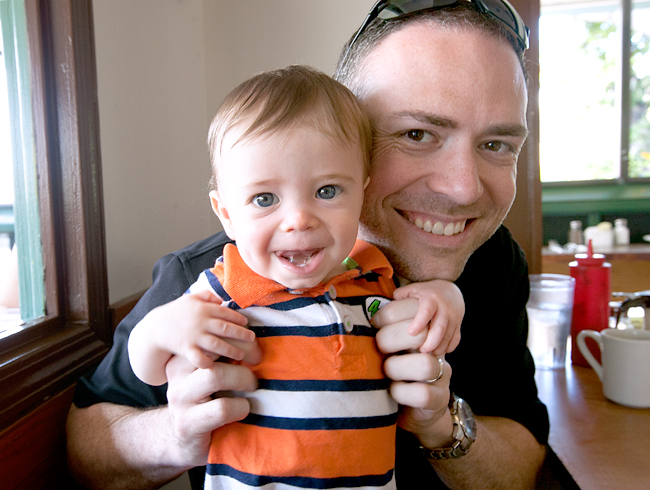 It was Matt's first Father's Day, so we had to get a daddy-son photo!  Okay, everyone smile! 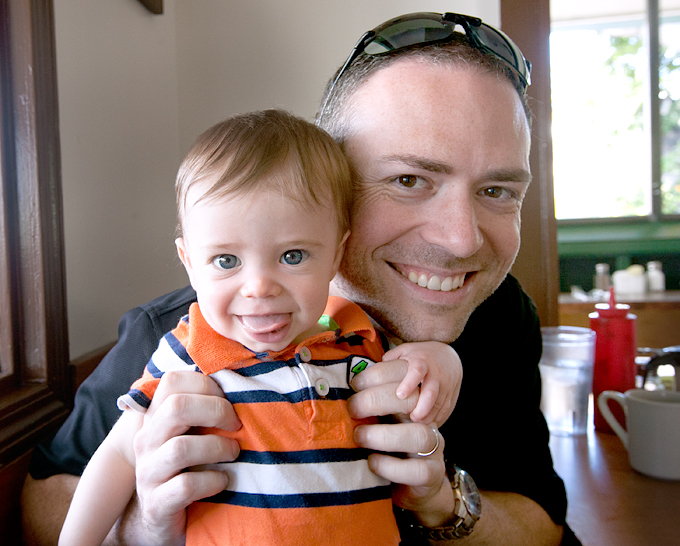 Nnnope, not quite.  Let's try once again! 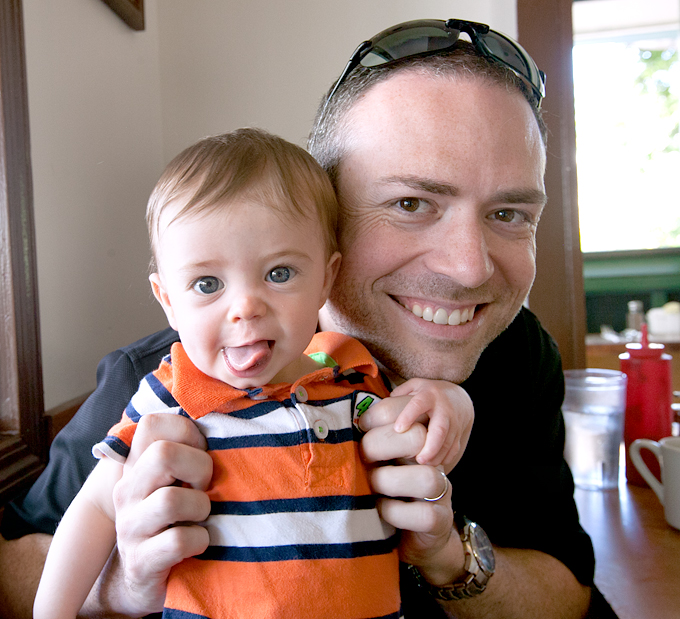 All right, silly little mister, you get one more chance! 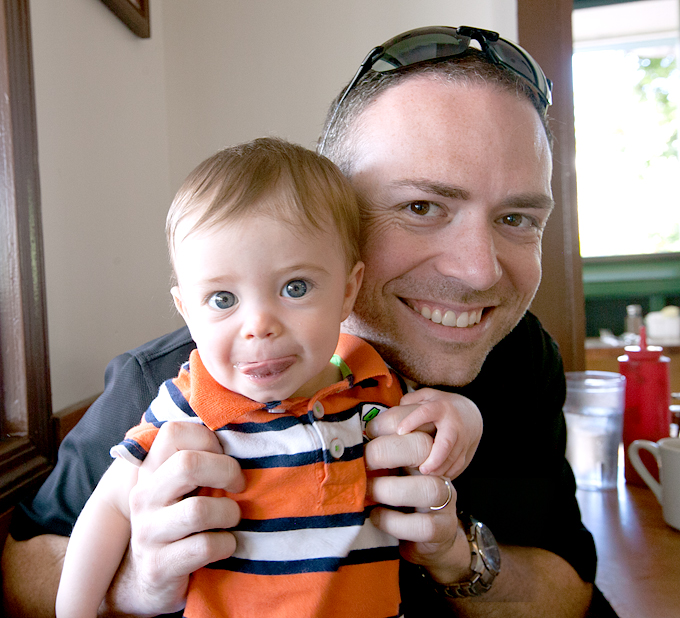 You know what?  That's good enough, and I'm hungry, so let's eat! 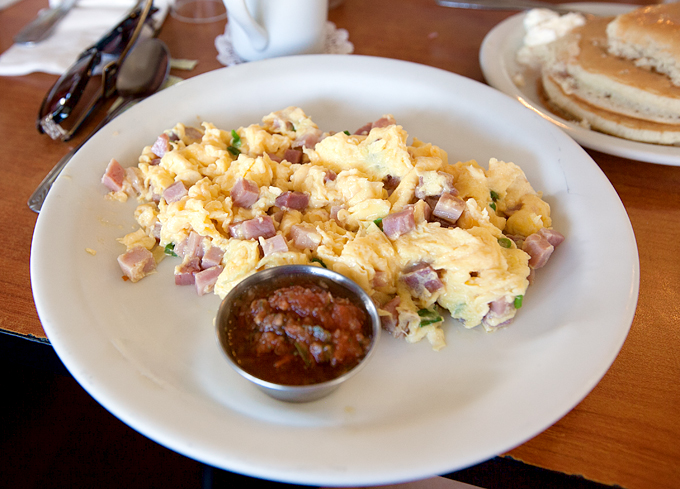 I ordered diced ham 'n eggs with green onions and fresh salsa on the side.  It looks tasty, but you guys know that I always try to be as honest as I can with my reviews on this blog, and I'm not entirely sure I can recommend this dish.  There was something "off" about the flavor of the eggs and the salsa, and the diced ham was stiff and nothing to write home about.  For the price, it's a lot of food for a relatively inexpensive breakfast in Honolulu, but it just wasn't anything special. 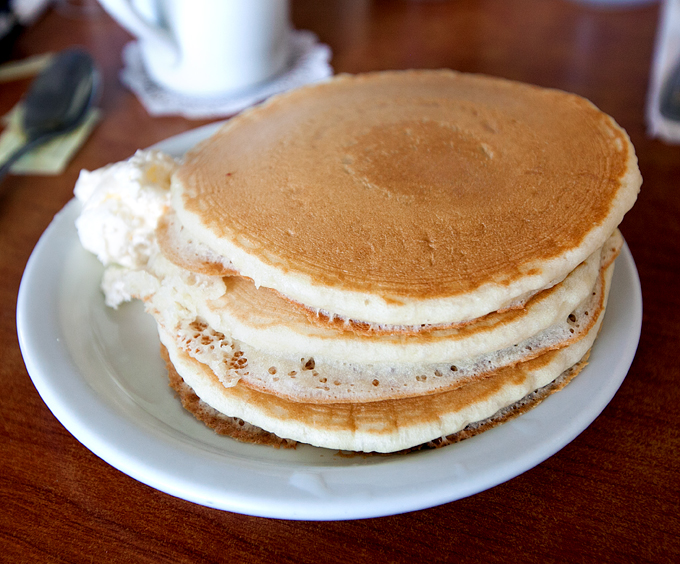 Both Matt's and my breakfast came with a short stack of pancakes.  They were really good!  Nice and fluffy and not overly chewy.  There was an assortment of syrups on the table including, of course, the ubiquitous coconut pancake syrup that is found pretty much in every breakfast spot on the island.  How have I gone my entire life without having coconut syrup?  Amazing.  I also tried the guava syrup which was fresh and fruity and, surprisingly, not too sweet. 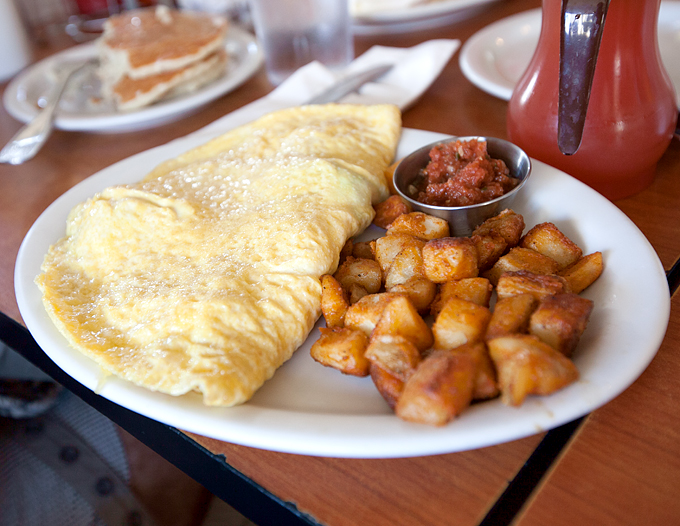 Matt ordered the special omelet of the day which was stuffed with cheese and Portuguese sausage.  He also found that his eggs and salsa had a bit of an off-putting flavor.  Neither of us could put our finger on what it was... there was just something that didn't taste quite right with them.  His breakfast came with a side of fried potatoes that he said were crispy and good. 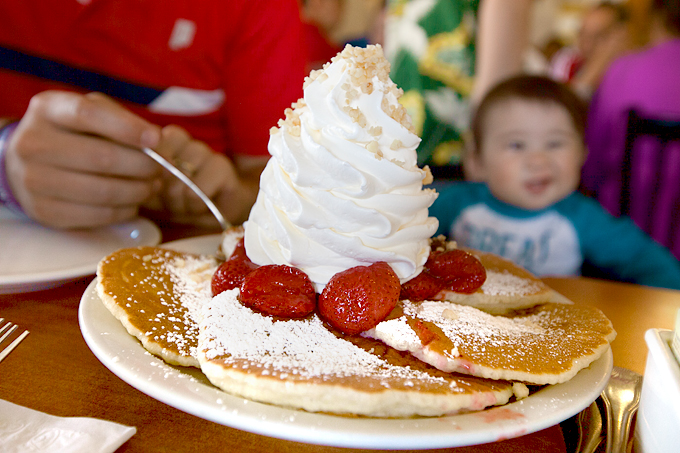 The most photogenic dish was ordered by our friends - this beautiful plate of strawberry whipped cream pancakes with macadamia nuts.  That is one monster pile of fluffy whipped cream! 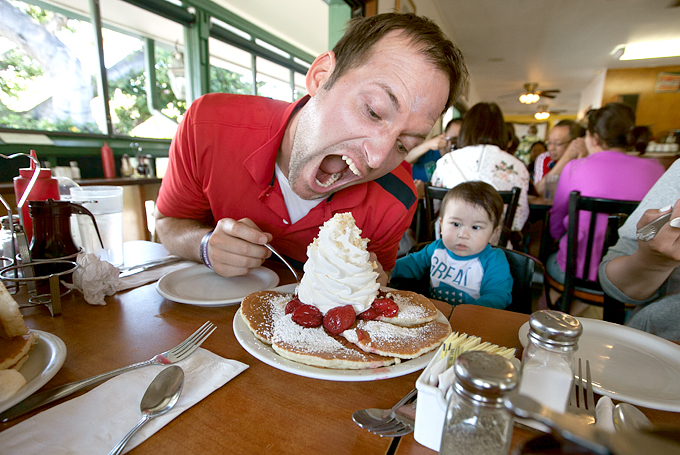 I'm not sure of Ryan is ogling at the pancakes or if he's embarrassed for his silly daddy!

This isn't a bad place if you're looking to find a filling breakfast with an inexpensive price tag in Honolulu.  We were disappointed with the eggs, which was surprising considering the name of the restaurant, but the pancakes were tasty and the choices for crepes, waffles, and pancakes are plentiful, so you should be golden sticking to the sweet side of the menu.  I don't think that the food is good enough to be worth more than a 5 minute wait, however, so if there's a big crowd when you visit you might want to consider other options if your time is limited.

« Dailies | What Happened in July
It's a Powder! It's Peanut Butter! It's Mighty Nut! »