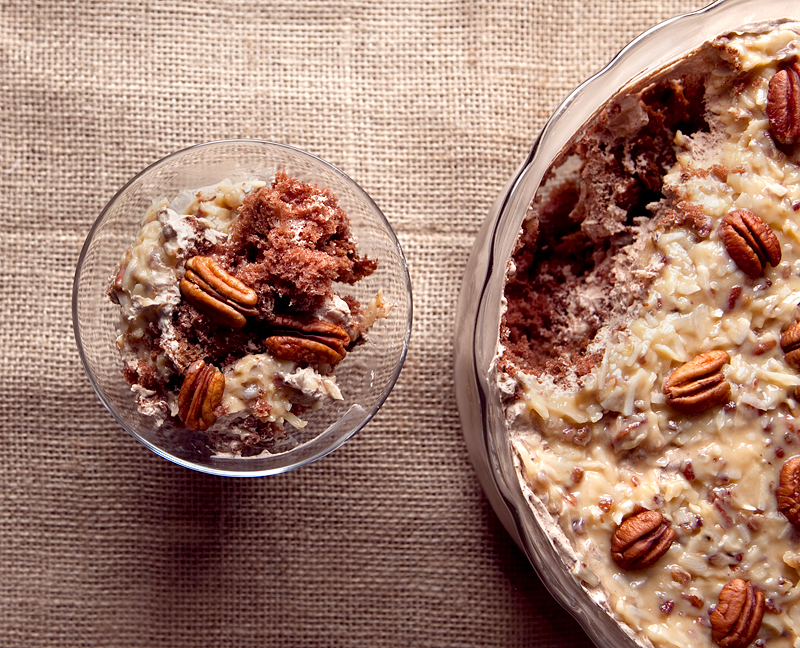 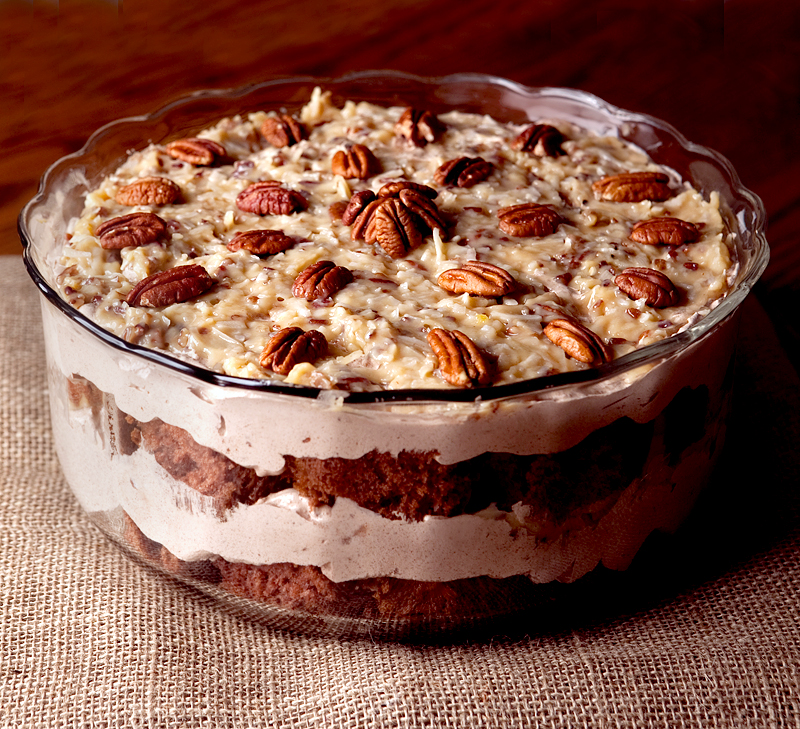 They can be as quick and easy or as "made from scratch" as you want.  And there are so many different ways you can make them.  I love coming up with new combinations. 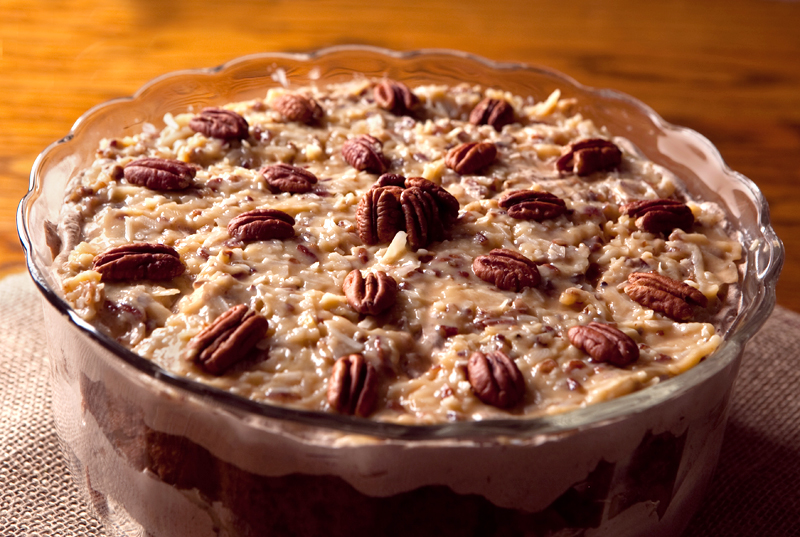 I came up with this recipe when I was craving a German chocolate  cake but didn't want to go through the hassle of assembling and decorating a layer cake.  I also wasn't in the mood for a heavy frosting.  The chocolate mousse layer in this trifle takes the place of a frosting but doesn't sit so heavily in your stomach. 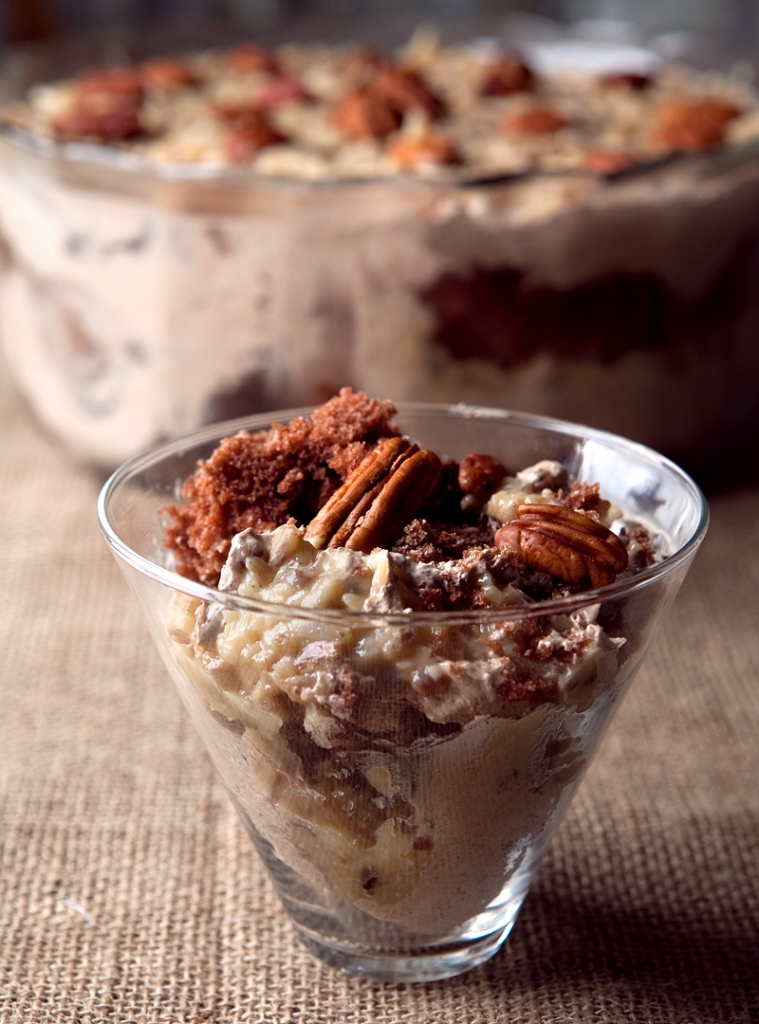 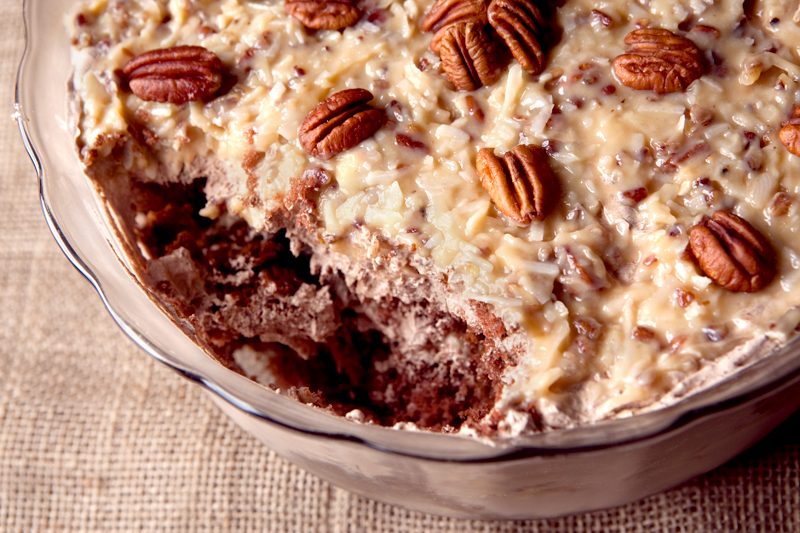 Save this recipe for later! Use this Pinterest-optimized image to save to your boards.  Just hover your mouse over the following image and click the button that pops up.