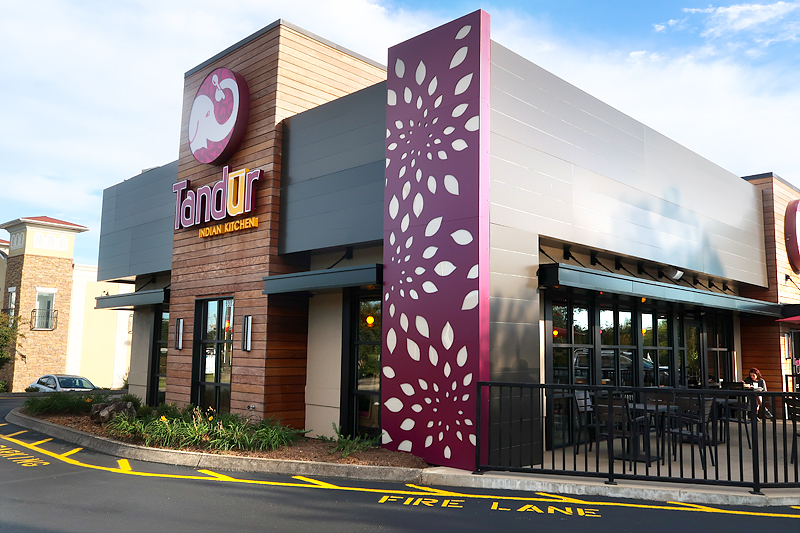 Let's hop into our magical time machine and go back to the fall, back to mild temperatures and beautiful sunshine, leaves that were just about to change color, and the excitement of fun family weekends and all of the holiday hubbub to come.  I took these photos of Tandur Indian Kitchen, and made notes about our experience, way back in September on the way home from a fun day at Oakes Farm. 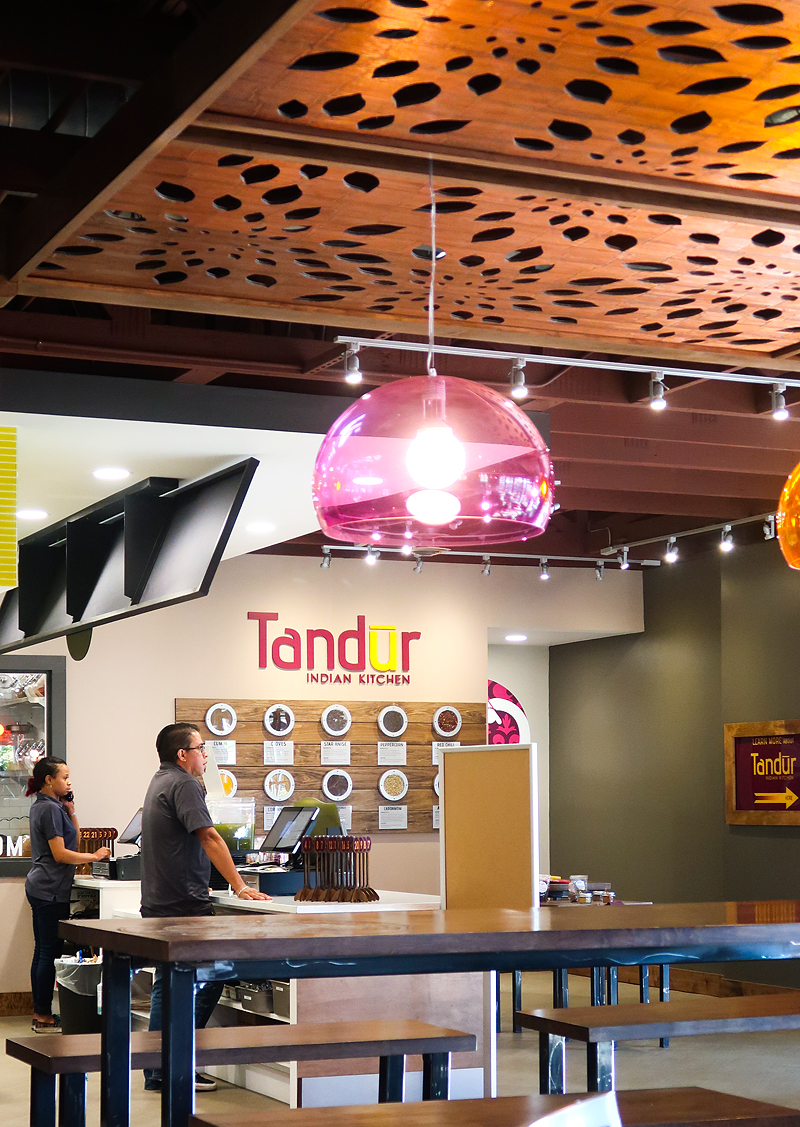 Tandur Indian Kitchen is a fast casual restaurant, so you'll walk in and order at the counter.  You'll then be given a number to take to your table and your order will be brought out to you as soon as it's ready.  Tandur's most popular entrees include a build-your-own style of plate.  Choose your sauce (classic Indian styles like tikka masala, korma, etc) and your protein and the dish is served with a mound of rice and soft naan bread. 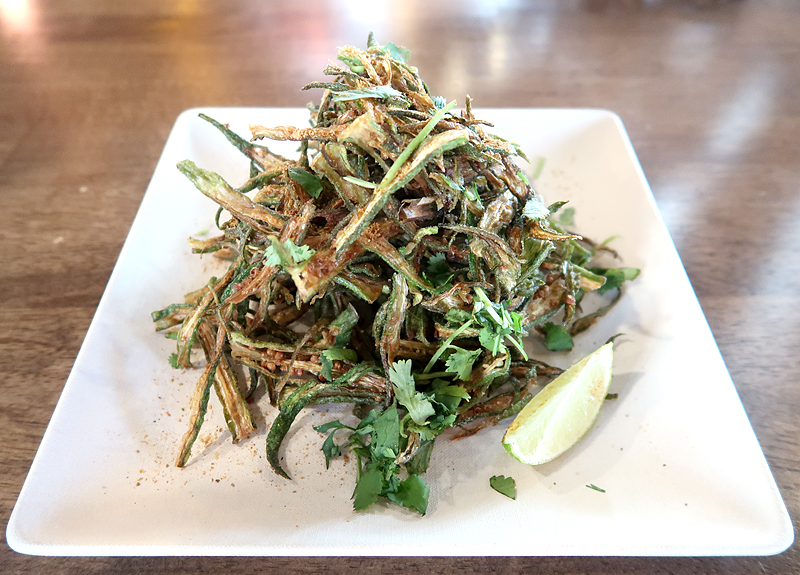 We started with the spiced okra fries, and if you ever visit this restaurant, I suggest you do the same - what an interesting dish!  The okra is shaved paper thin, flash fried perfectly crispy and coated with a punchy spice blend.  This is a perfect starter when you don't want something too heavy sitting in your stomach before the main dish arrives - it's way to easy to munch your way through the whole plate.  The spice has some kick too it but wasn't so strong that our 3 year-old had a problem with it. 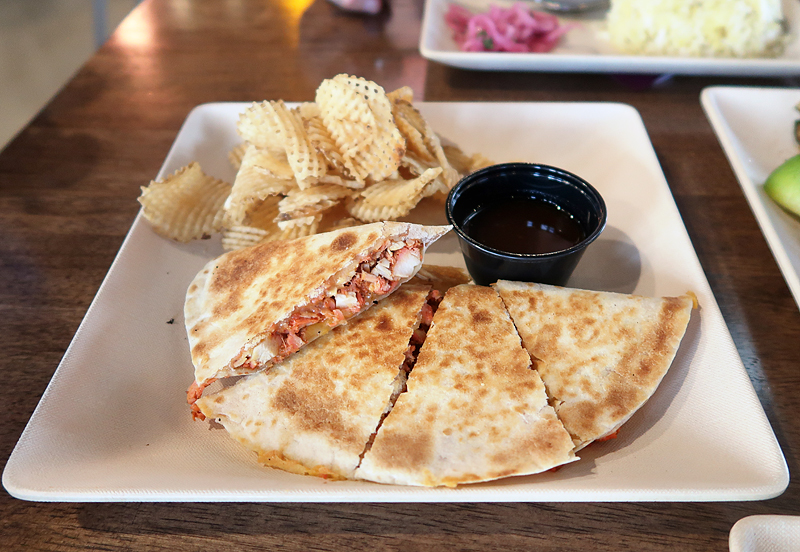 We ordered Jasper a chicken quesadilla kids meal that was served with masala potato chips.  We asked them to add some cheese inside and they were happy to oblige.  Other options for the kiddos include a paneer quesadilla, chicken or paneer tikka masala, or a chicken kebab.  The portions were generous and we had plenty to take home for him to enjoy at a later meal. 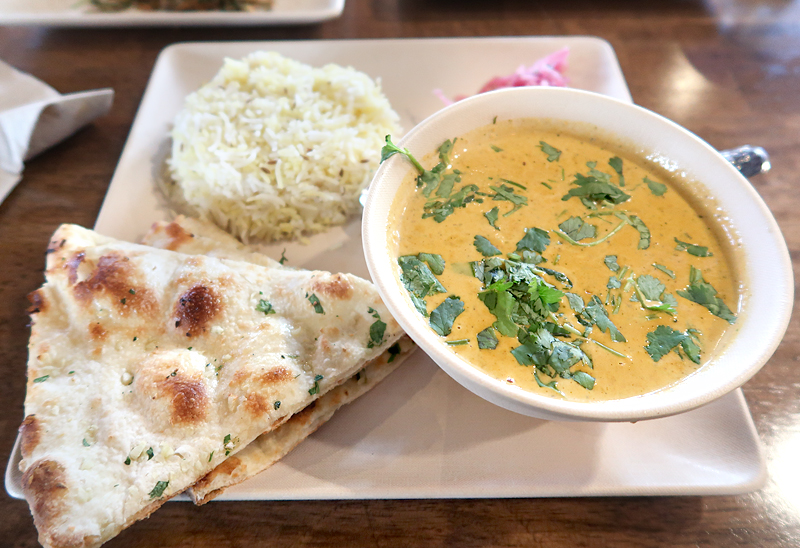 Matt ordered the spicy lamb meatball korma, served with a mound of Saffron basmati rice and soft naan bread.  He enjoys using korma as a meter for rating an Indian restaurant and he was pleased with the amount of flavor and spice in the korma and the additional heat from the lamb meatballs.  The naan was soft with a good chew to it- order the garlic version, you won't regret it. 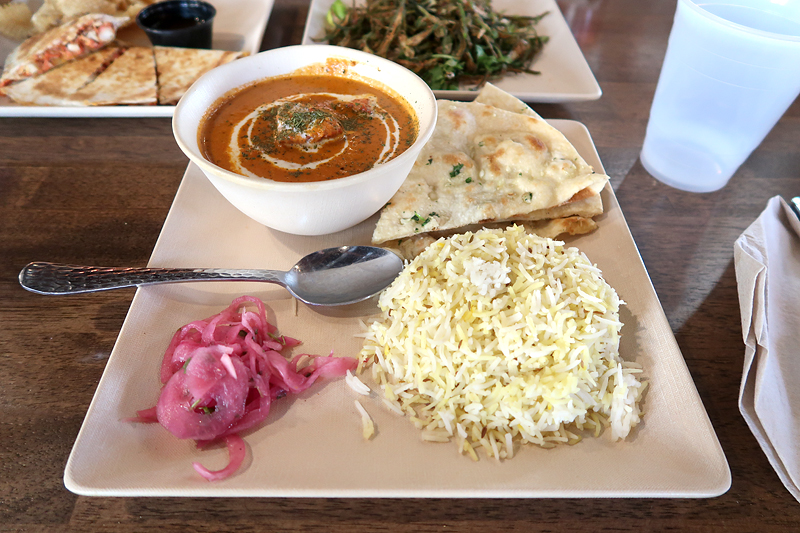 I ordered chicken tikka masala, also served with Saffron basmati rice and garlic naan bread.  For fans of a good basic tikka masala, this won't disappoint.  It's hard to tell in the photo, but the chunks of chicken were quite large and the overall portion size was filling but not overwhelming. 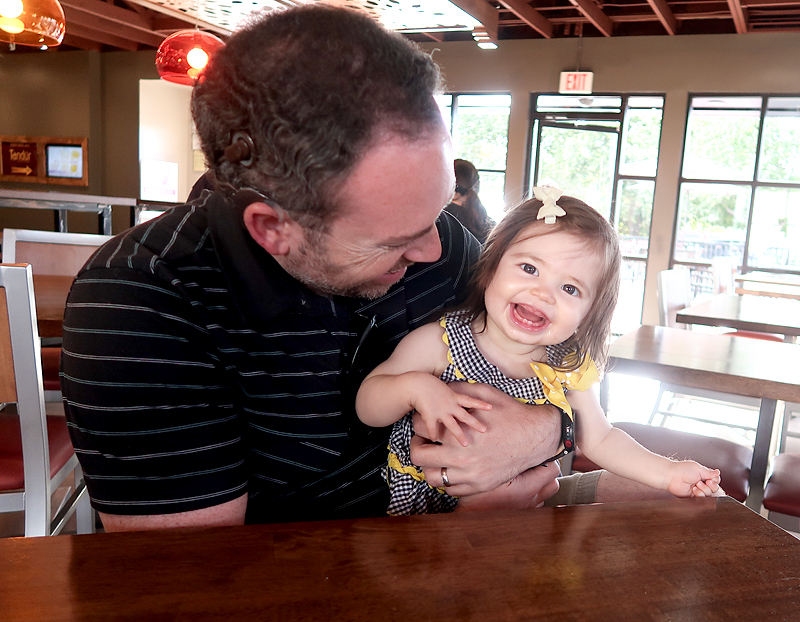 This one wasn't quite old enough to be interested in the food yet when we visited this restaurant, but it's crazy to me that she eats pretty much anything and everything now, just a few months later! 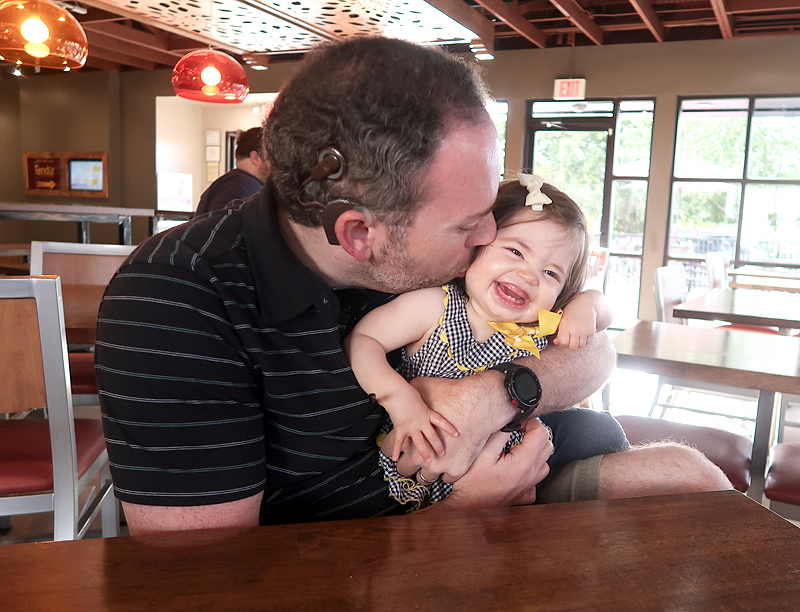 She's also got a nice mouthful of teeth, but in this photo she only has a couple of bunny teeth on the bottom!  We arrived at Tandur at a strange time, between lunch and dinner, so we pretty much had the place to ourselves and didn't feel rushed.

Overall, this place is worth a try if you're in the area.  I can see it being a great place to stop for lunch during the workday when you want something tasty but don't have a lot of time on your hands.  The staff was incredibly friendly and helpful.  We were both impressed by how knowledgeable they were about the menu and about cooking processes that go into crafting each dish. They even have a masala mixture machine so they can make everything in-house. If you need help deciding what to order, just ask someone and you can trust their recommendation! We'll be back!