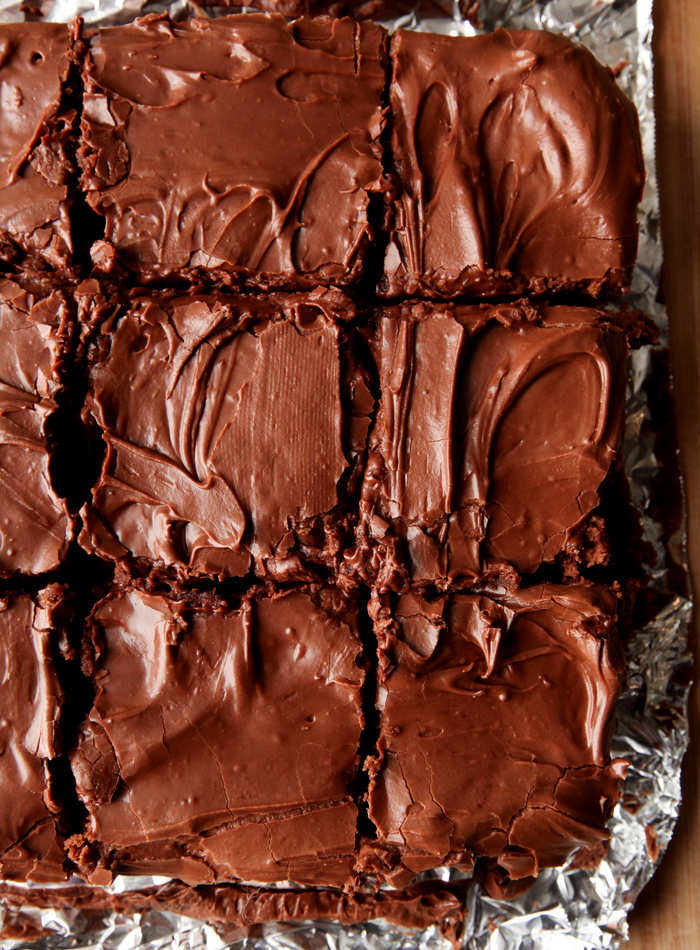 School lunches probably don't produce many memories of stunning culinary experiences, but there are a few sparking gems from the typical 80's and 90's ish school cafeteria menus, and those little squares of soft fudge-topped brownies in my plastic segmented lunch tray are certainly one of them. 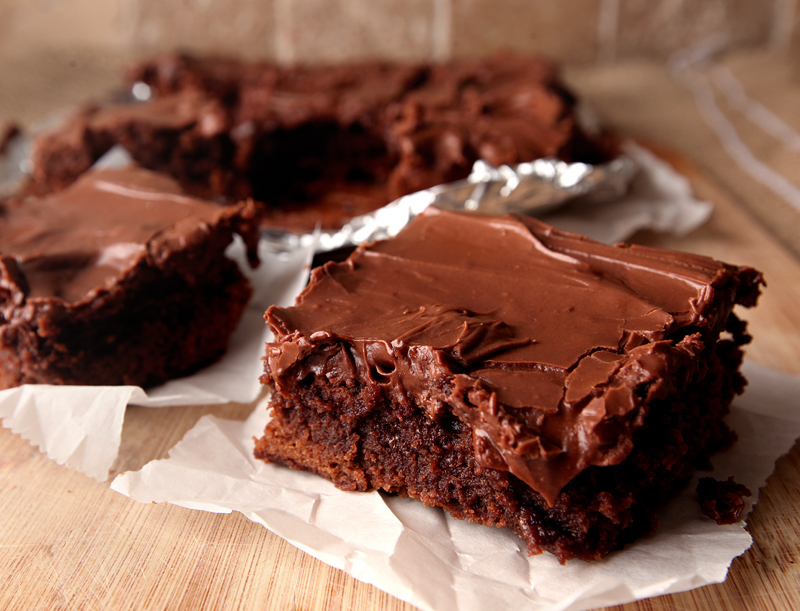 Now commonly known as Lunch Lady Brownies, this is a very simple recipe with ingredients you likely already have in your kitchen.  I imagine when being mass-produced to distribute to hundreds of students per day, simple would be the way to go.  In the case of these brownies, simple is definitely better, as they really don't need anything fancy to create such an indulgent treat. 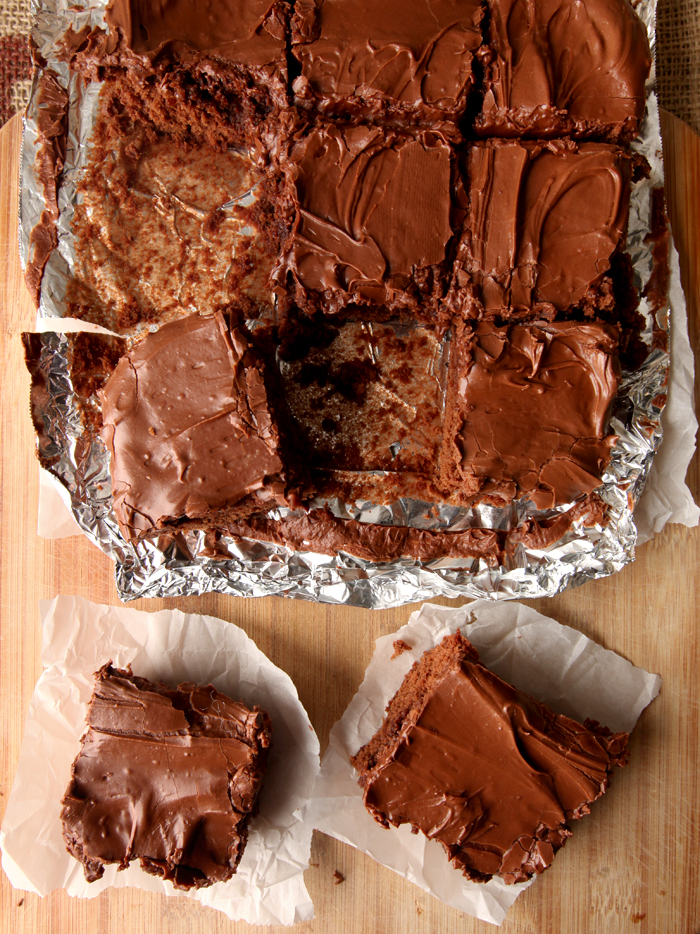 There are no leavening agents, such as baking powder, used in this recipe, resulting in a rich, dense, fudgy brownie.  The decadent frosting is spread while they are still warm, allowing them to seep into the brownies a bit and increase the softness of each one. 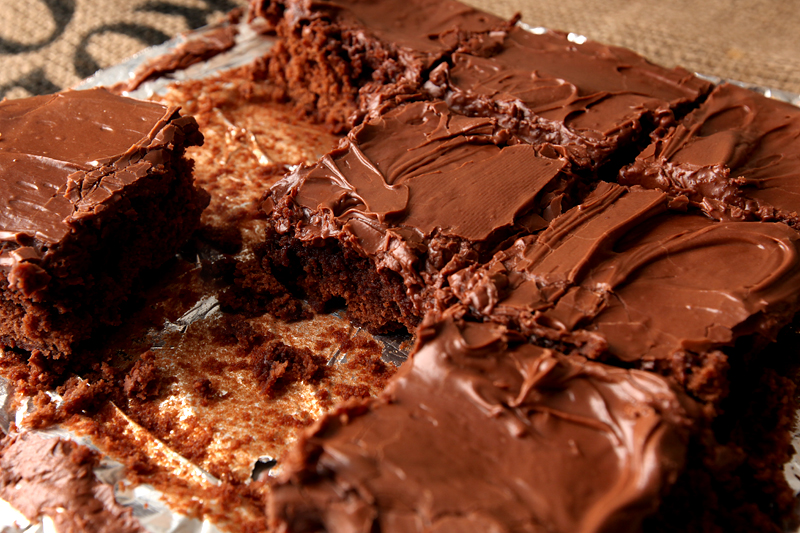 Though the lunch ladies in our school cafeterias likely produced giant batches of these brownies on any given day, I've scaled down this recipe for a small 8x8 square pan sliced into 9 good-sized brownies.  If you want to make a larger batch, this recipe can be doubled and baked in a 9x13 pan.  Enjoy!

Do you like this recipe and want to save it for later?  Consider pinning the image below to your Pinterest boards or sharing with your friends on social media!  Thanks for visiting! 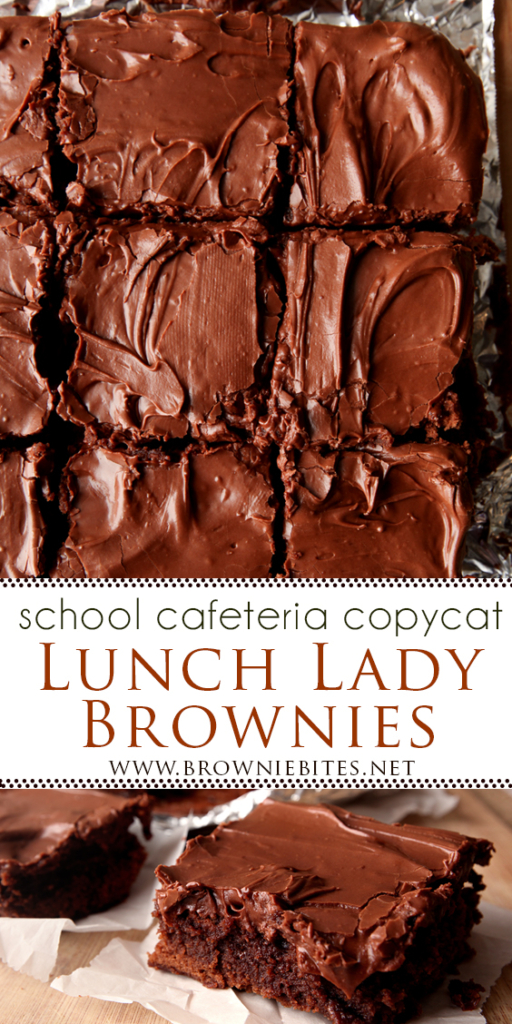 Do you want to try more of my brownie recipes?  Look at these! 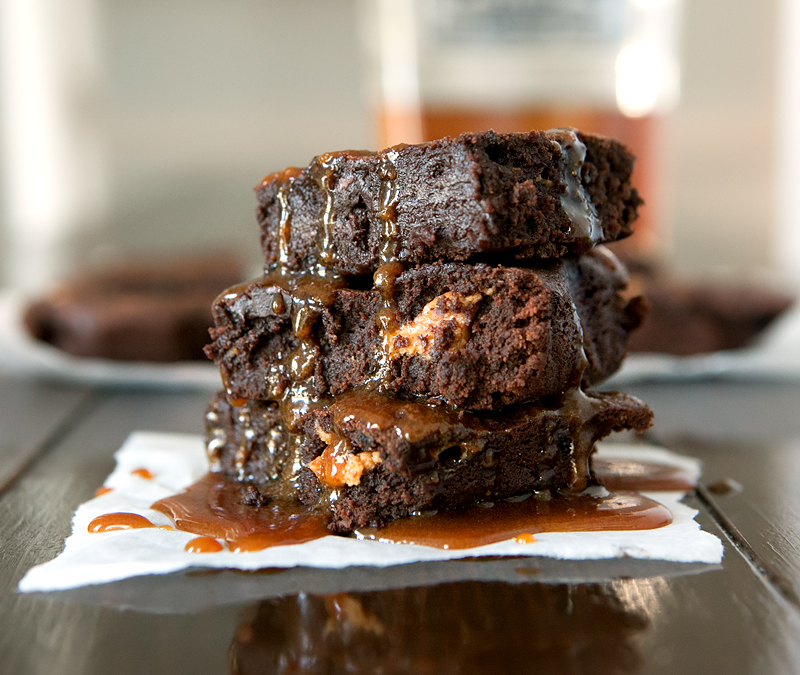 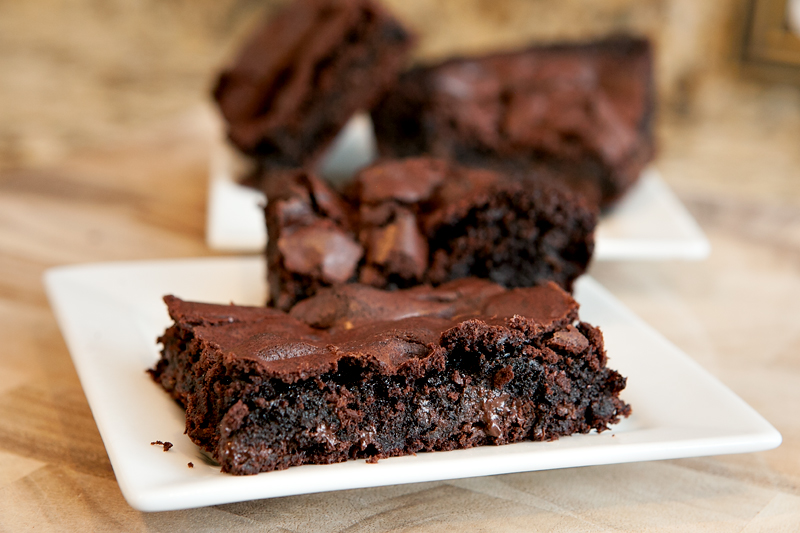 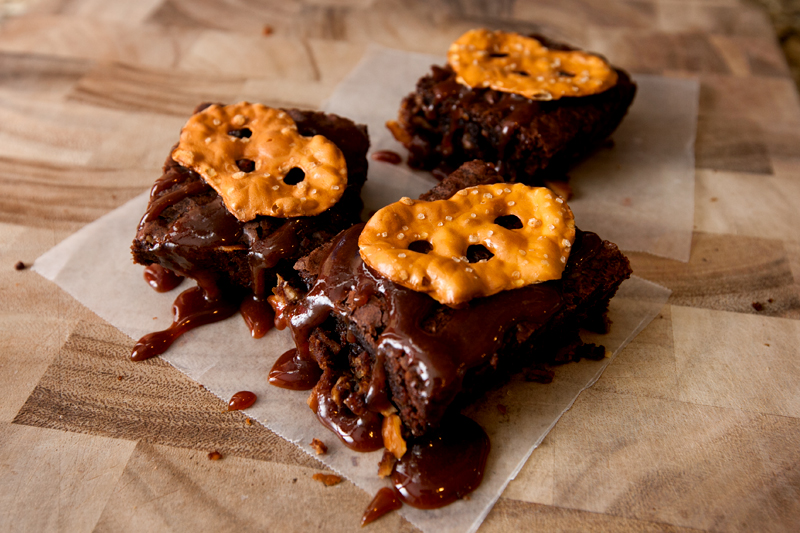