It's the THIRD day of #blogtober!

Oreo is back again this year with another mystery flavor where they release a nondescript white package of Oreos with what looks to be classic chocolate-cookie-white-center cookies inside.  Our job is to sniff, lick, taste, and guess our way into a chance at winning $50,000 for naming the correct flavor.

I ripped open the package and immediately smelled sweet cinnamon, though it was kind of muddled up by the smell of the chocolate cookie, which I wasn't sure was meant to be a part of the mystery flavor or not.  I pulled apart the cookie to taste the creme by itself without the distraction of the chocolate.  Definitely sugary cinnamon, but there was a creamy, milky undertone to it as well.  I also got some toasty notes in there as well.  It wasn't mind-blowing and had it not been for a contest I would have called this flavor a flop.

Matt tasted one as well and we started tossing ideas back and forth.  Definitely a creamy, milky cinnamon, but were there other spices as well?  Could it be gingerbread?  Nah, the flavor was too subtle.  Teddy grahams?  Maybe, but isn't that kind of boring when they could just use a graham cookie on the outside?

We started putting more thought into our guesses when we found out Oreo is releasing a weekly clue to help fellow cookie-connoisseurs figure out the mystery flavor.  As of this post, there have been three clues released at the Mystery OREO 19 website They are:

At first, we weren't sure whether or not to include the chocolate cookie as part of the flavor guessing, since it seemed like the creme was meant to be the major player.  Clue #2, however, tells us that the mystery flavor can absolutely be paired with chocolate. 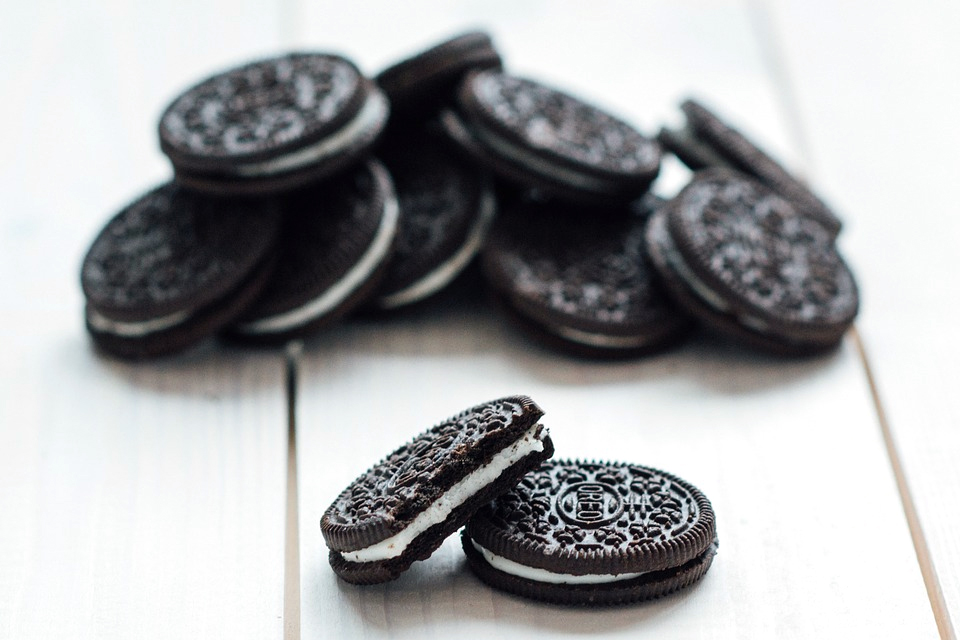 No matter how hard I tried, I could not come up with a guess that made sense with all 3 of the current given clues, but I could not get off of the fact that the creme in this cookie tastes just like horchata, and once it was in my head I couldn't taste anything else.  I mean HOR-chata= HOR-se = animal from the steppe?  A stretch, and not likely.  Chocolate horchata exists and is fairly common, so that fits with Clue #2.  Clue #3?  After doing research I learned the the original source of cinnamon was kept a secret by those in the spice trade in order to prevent a monopoly on suppliers.  That kind of fits maybe?  Sorta kinda?

So, screw it:  my official guess is that the 2019 Mystery Oreo Flavor is Horchata.

Matt chose to eschew the clues altogether and looked to history to help him along.  Knowing that the 2018 Mystery Oreo ended up being an actual brand name (Fruity Pebbles), he is assuming that the same will hold true for this year.  His taste buds detected a bit more sugary sweetness than mine did and so he is going with an official guess of Cinnamon Toast Crunch.

(For the record, I think he's totally wrong, as doing a second brand name cereal in a row would just be a dumb and predictable move for Oreo)

Go ahead and feel free to use our guesses if you enter yourself to win the $50,000.  Just share some of it with us if you are correct.

Have YOU tried the new mystery Oreo?  What do you think the flavor is?