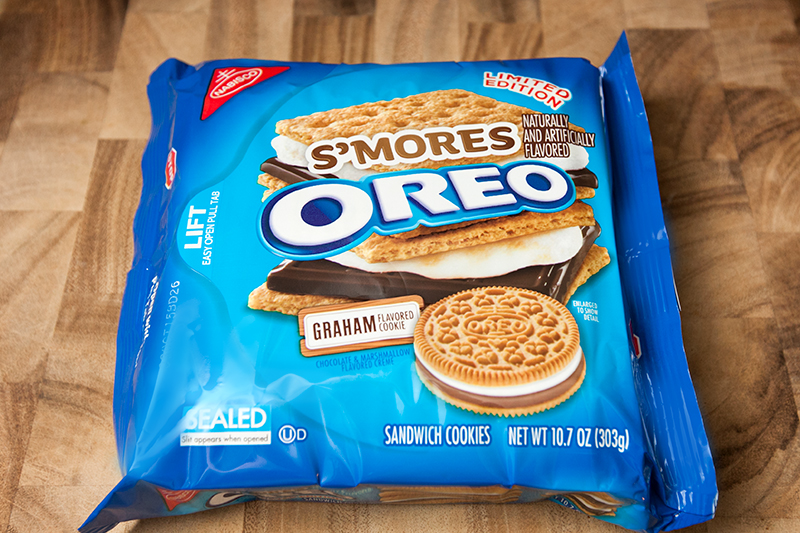 There's yet another new Limited Edition Oreo flavor on the block just in time for summer - s'mores!! 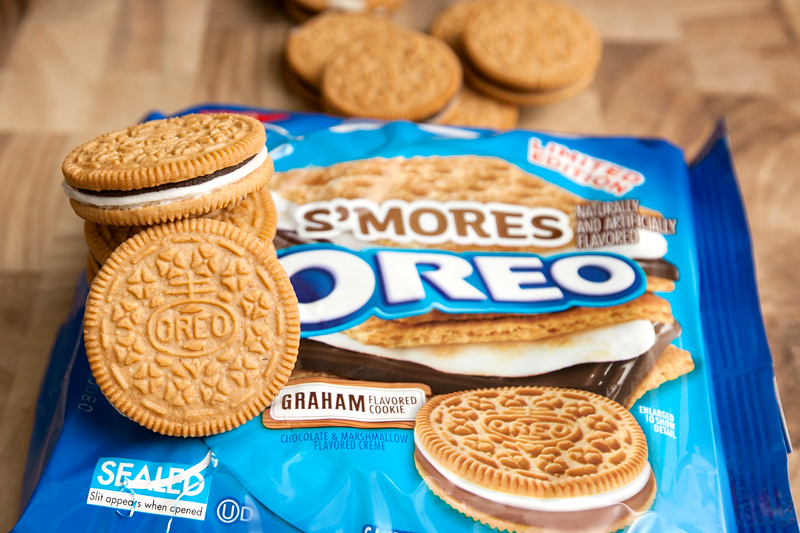 S'mores are one of my favorite warm weather desserts.  The melty toasty marshmallows, the crispy graham crackers, the oozy chocolate, mmmm.  You just can't go wrong.

There's also so many different ways you can make s'mores.  Have you ever tried using a Ritz cracker instead of a graham?  It'll change your life. 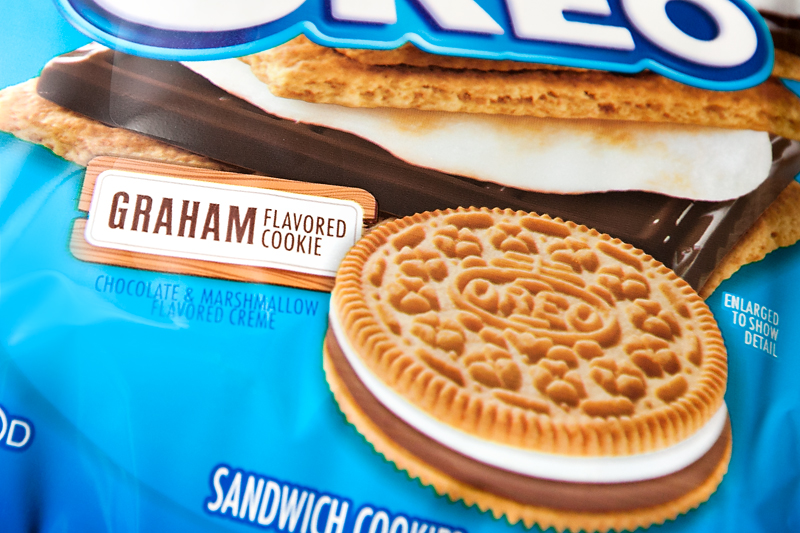 When I took a look at the package the first thing that jumped out as me was that S'mores Oreos have an actual graham flavored cookie instead of just a regular golden Oreo.

I still maintain that the Pumpkin Spice Oreos from last fall also had a graham flavored cookie though there was nothing on the package that indicated it.  It may have been my brain wanting to taste the graham cracker crust flavor along with the pumpkin filling, who knows.

But there's gonna be no guesswork here because it's right there spelled out plain as day - this is a graham cookie! 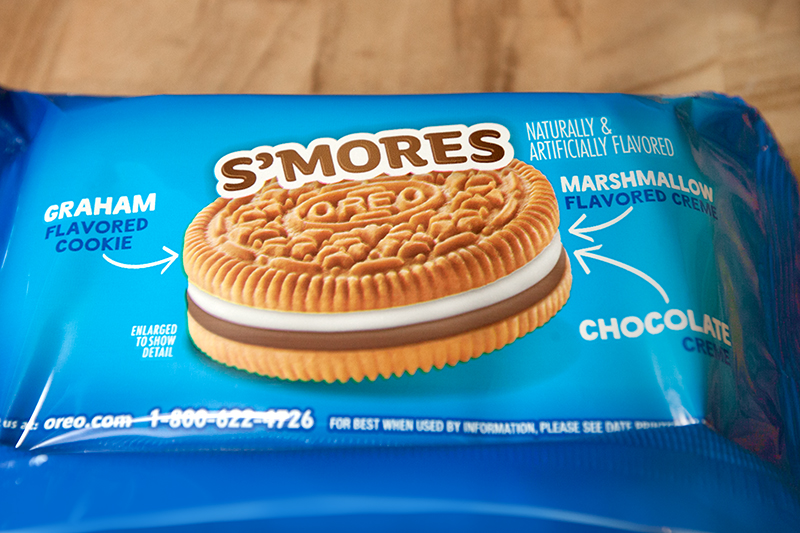 On the back of the package you see a breakdown of the construction of this bad boy.  S'mores Oreos have a double filling - one whole layer each of marshmallow flavored creme and chocolate creme.

Don't you love how they have to say that the photo has been enlarged to show the detail?  I wonder if anyone has ever gotten angry when they tear open the package only to find that the cookies are not, in fact, the size of their entire hand.  Sigh. 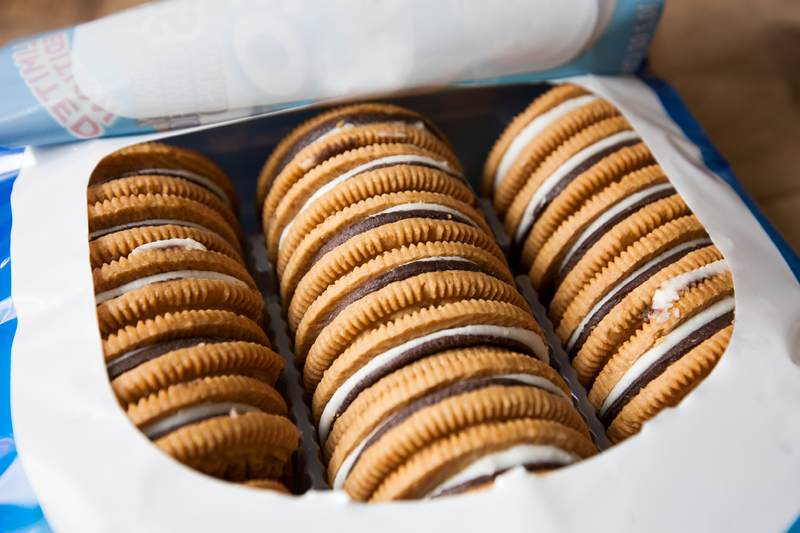 When I opened them up I took a good whiff and I gotta say... I was a bit disappointed.  I really didn't detect an aroma that shouted "s'mores" at all.  They smelled like a regular pack of Golden Oreos with maaaybe a little hint of chocolate mixed in there somewhere.

No matter, though, because I recall that the Cotton Candy Oreos  also failed to impress me in the smell department but then ended up tasting exactly like cotton candy in the end, so I can forgive the inaccuracy of the fragrance here.  Moving on... 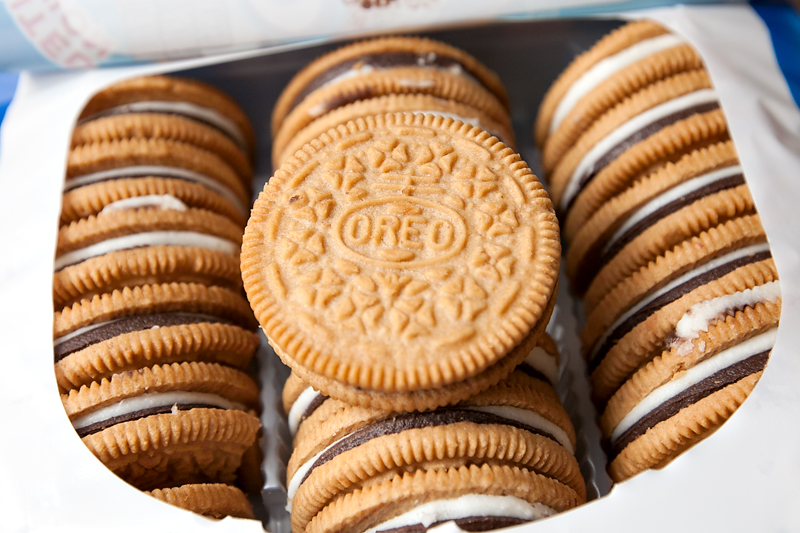 I nibbled at the cookie by itself and was once again underwhelmed.  Sure, there was a bit more of a graham taste there, certainly more flavor than the vanilla cookie of Golden Oreos, but still, the flavor was nothing to write home about. 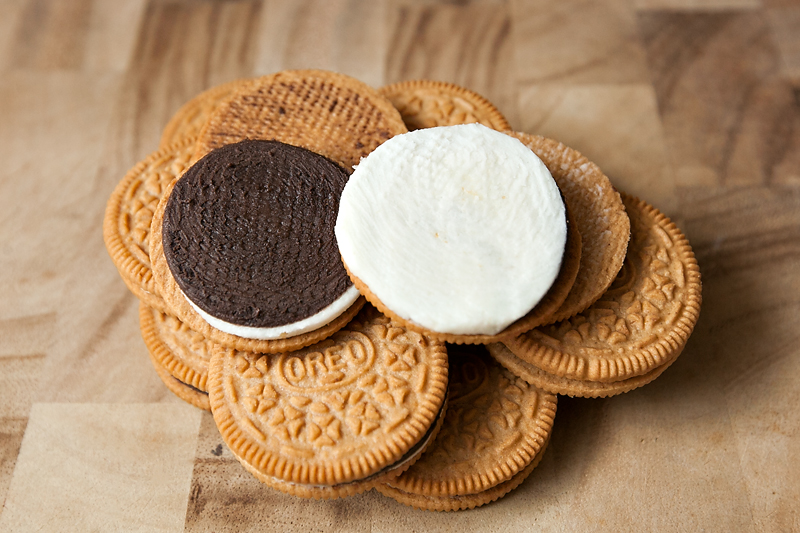 I opened up two cookies to get a look at each of the fillings on their own.  The marshmallow filling looked like a classic Oreo creme filling but had a subtle more marshmallow-y smell.  Taking a taste I had to really search for the marshmallow in the flavor.  It's there, but it doesn't hit you in the face.  There's a definite lack of any toasty notes in the marshmallow, which was a letdown.  Part of what makes s'mores so amazing is that freshly-toasted marshmallow flavor.  The marshmallow creme in S'mores Oreo was more of a Marshmallow-Fluff-right-out-of-the-jar kind of experience.

The chocolate filling had a nice bittersweet smell and appeared darker than the chocolate creme found in Chocolate Oreos, which is one of Matt's favorite varieties.  I took a taste of the chocolate layer by itself and was really impressed - it had a bold, almost dark chocolate flavor, more bitter than sweet.  A really nice surprise and a smart choice with all of the other sweetness going on from the cookies and the marshmallow creme. 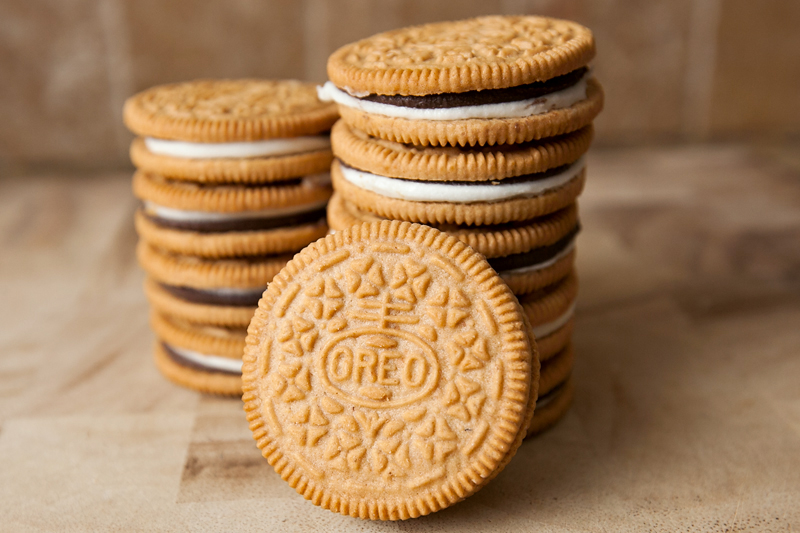 Finally, I reassembled the cookie and took a proper bite to get all of the flavors together.  The super sweetness of the marshmallow creme flavor was the perfect balance to the more bitter dark chocolate filling.  The cookie kind of mutes the flavors of the filling but when eaten together I could taste a little more of the graham flavor.  I feel like I had to actively be thinking about s'mores to actually taste a full-on s'more.  If I was doing a blind taste test it's unlikely that I would be able to label these as a s'more.

I can say with certainty that I do like these and they are a really tasty cookie, as most Oreos are (I say "most" because I hear that the Watermelon Oreos were pretty nasty, but I never got to try those). 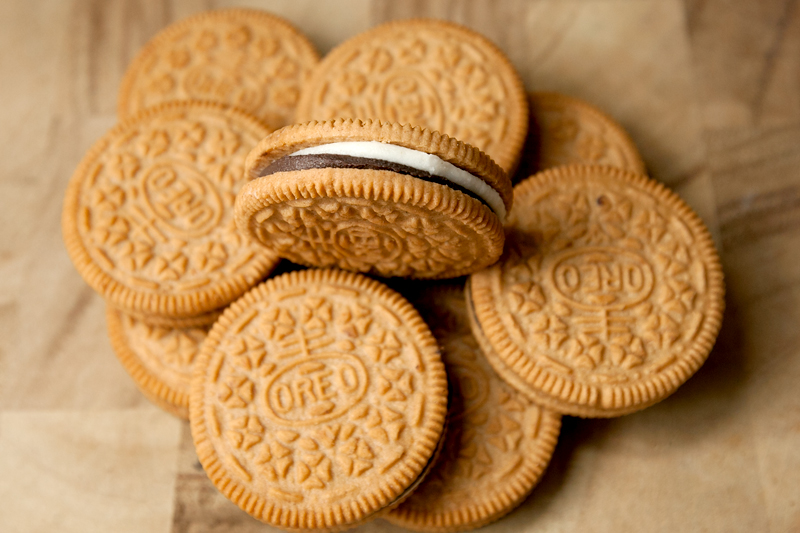 So while these are "a good cookie" and a totally fun idea for summer, the flavor just isn't as knock-you-over-the-head accurate as some of the other Limited Edition Oreo varieties.  For me, the biggest miss is the lack of toasty flavor in the marshmallow.  If that little extra feature had been there then I think this could have been a home run for Oreo.  Give 'em a try and tell me what you think.  They're worthy of a purchase as a tasty chocolatey-and-kind-of-marshmallow-y cookie so it's not like you'll be trashing them, but I'm really interested in hearing what everyone else thinks.  Do you think they actually taste like s'mores?  Do you agree with me that the lack of toasted marshmallow flavor is why I feel that they miss the mark?  Leave a comment and let me know!

When to find them: They are available as of today!  Go getcha some!  I had to go to Wal-Mart to get 'em but I've been seeing others finding them at Target and other chain grocery stores.

What they cost:  Around $3-ish, and they are the typical smaller package (10.7 ounces) of many of the newer Limited Edition flavors.