We're used to widespread thunderstorms around these parts, especially in the spring and summer months. This year, however, has been nothing short of a nightmare when it comes to rumblings from the sky.

The first wave of nastiness occurred on April 24th. Not only were there more tornado warnings in a single evening than I can remember there being in a whole storm season, but there were also record-breaking hail storms. We had friends with destroyed roofs that will need to contact a professional for roof repairs West Auckland, they also had dimpled car exteriors and busted out windows, and yards that looked like the middle of February from the impossibly large chunks of ice that fell from the sky. It is also essential to check the structural foundations of your home after severe storms in order to assess damage. Foundation damage that occurs during heavy storms need to be fixed as soon as possible by the professionals at home foundation crack repair Ann Arbor. Car dealerships had entire lots of ruined vehicles, making "HAIL DAMAGE SALE!" a common phrase seen around town for the following weeks.

We were very fortunate that night. We stayed glued to radar maps and Facebook updates from our local weather team, letting us know if we should dive into the closet or just stay put and wait it out. When all was said and done, we were spared from wind damage and saw only grape-sized hail.. not quite big enough to cause any visible damage.

The next time someone peed in Mother Nature's cereal was on June 21st, the evening before we flew to California. We just sat down at our desks for dinner (like any normal technology-obsessed couple, right?) and were going over our packing and task lists for the trip. Suddenly, the power went out.

"Uh.. what's going on?" Matt asked. The usual reason for a power outage is a storm, but we hadn't heard any thunder or rain. I walked over to the window and yanked up the blinds just in time to see the trees start to lean at impossible angles from what was easily the strongest wind I've ever seen in my life. There were leaves and debris blowing sideways, and the rain was turned into directionless clouds of mist. From the looks of things, I thought that a tornado was about to tear through our house.

"What the..." I said just as Matt dropped his bowl onto his desk, jumped to his feet, and said, "Get the dogs, we are going downstairs."

I got a bit freaked out, because we both tend to be laid back about the warm weather storms around here. You get used to them. They're a part of life. Seeing Matt leave his dinner on his desk to bolt downstairs was enough to get me moving, so we headed for the stairs just in time to hear something slam against the guest bathroom window. I didn't stop to see what it was - we just continued into our bedroom closet with the animals and used Facebook on our phones to get updates on what in the heck was going on outside. I could hear leaves and debris slamming into the windows, and the house creaked and popped from the relentless wind. We looked at each other in the light from our cell phone screens and hoped we would still have a house when it was all over.

The next morning, we were still without power. Knoxville Utilities Board stated that it was the worst power outage in Knoxville's history, with some residents without power for more than a week. We went to California as planned and our power was back when we returned 6 days later, though we did have to throw out everything in our fridge and freezer, we also had to call an electrician like an electrician Murrumbeena to inspect our wiring for damage. We found out that we need some electrical repairs, so we contacted professionals such as those from electrical repair in Atlanta, GA to help us.

Talk about motivation to clean house! Apparently, we picked a good time to get out of town.

The morning after the storm, we found the source of the banging we heard against the guest bathroom window: 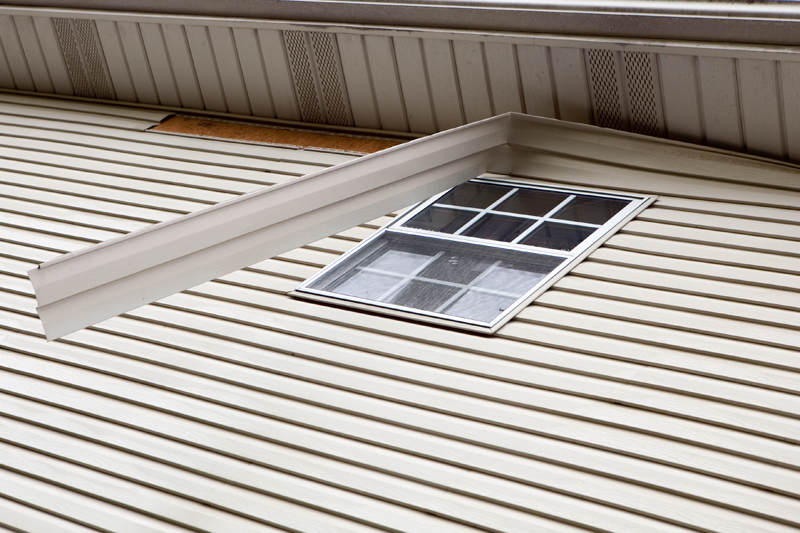 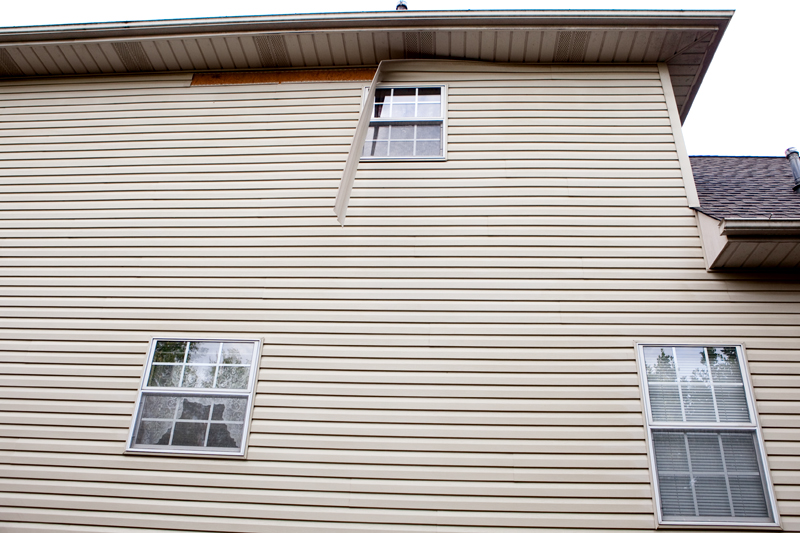 This, along with several large branches that broke off of our trees and the loss of everything in our fridge, was the only damage we had to deal with.  Considering there are people with entire trees sitting in their living rooms and roofs that will need to be repaired by a professional at Blue Ladder Roofing of Noblesville, we are so thankful that we got off easily!   I think everyone around here is a little shaken (and annoyed) with the storms this year.   Hopefully we've seen the worst of it!