Vacation » Visiting The Rock and Roll Hall of Fame 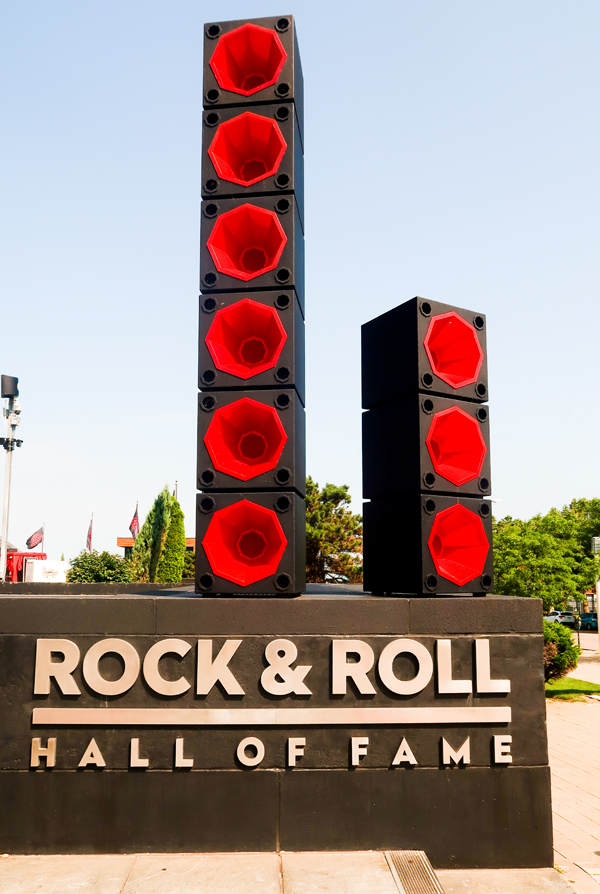 While exploring the Cuyahoga Valley National Park, we took some time to go into downtown Cleveland and visit the world famous Rock & Roll Hall of Fame.  A sensory overload of sights, sounds, and touch, this museum is an absolute must visit for all music lovers. 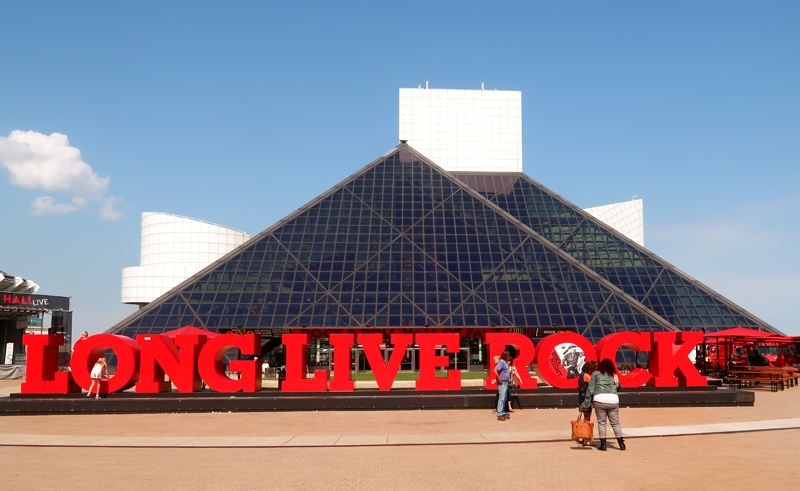 The building itself is SO cool! 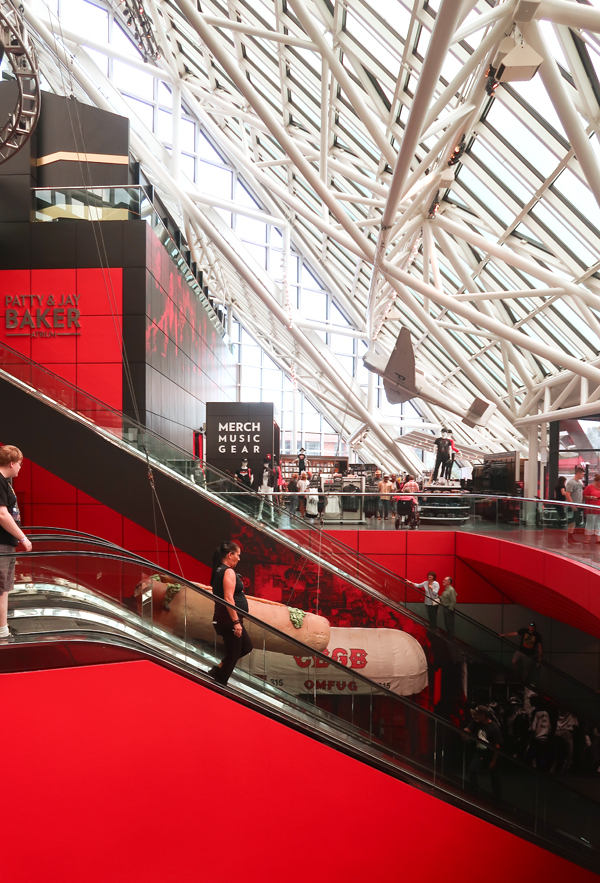 Switchbacked escalators allow for easy navigation between the levels, with elevators available as well. 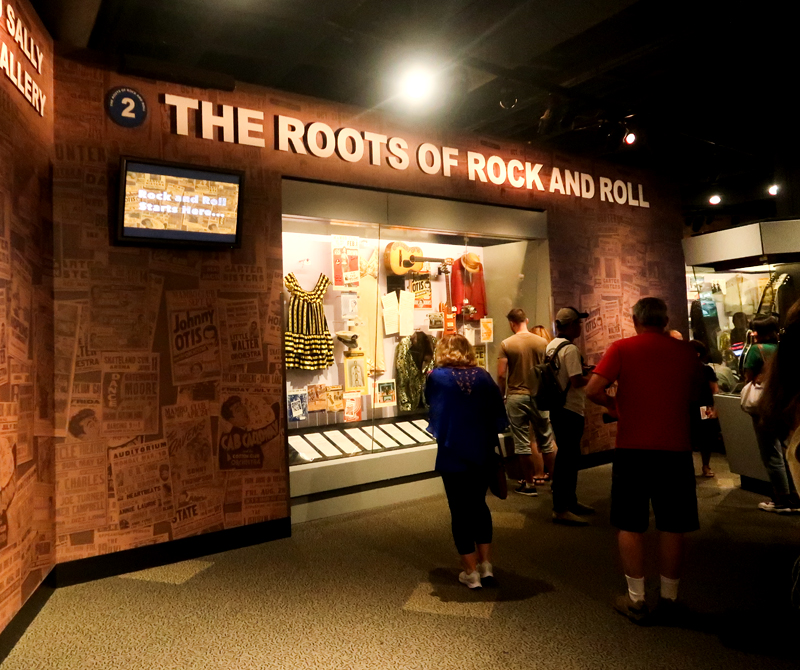 There's SO much information to absorb.  Handwritten lyric sheets and letters, newspaper articles, old photographs, and endless items like performance clothing, instruments, musical equipment, and more, more, more!  If you're a music fan of any kind, you could get lost in here for hours. 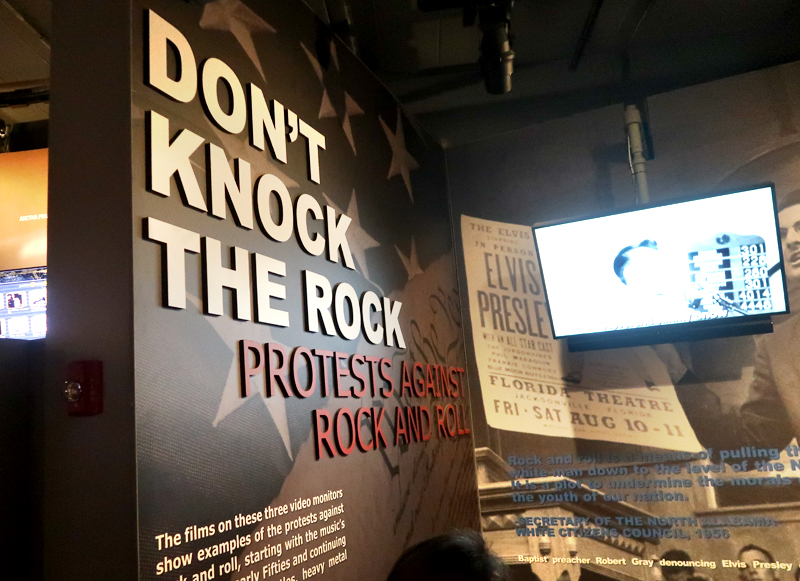 I found this exhibit to be particularly interesting.  It was all about the protests against rock and roll when it started becoming more mainstream.  There were snippets from magazines and newspapers as well as several monitors showing clips from various news outlets and entertainment shows talking about how evil this new and risky genre was. 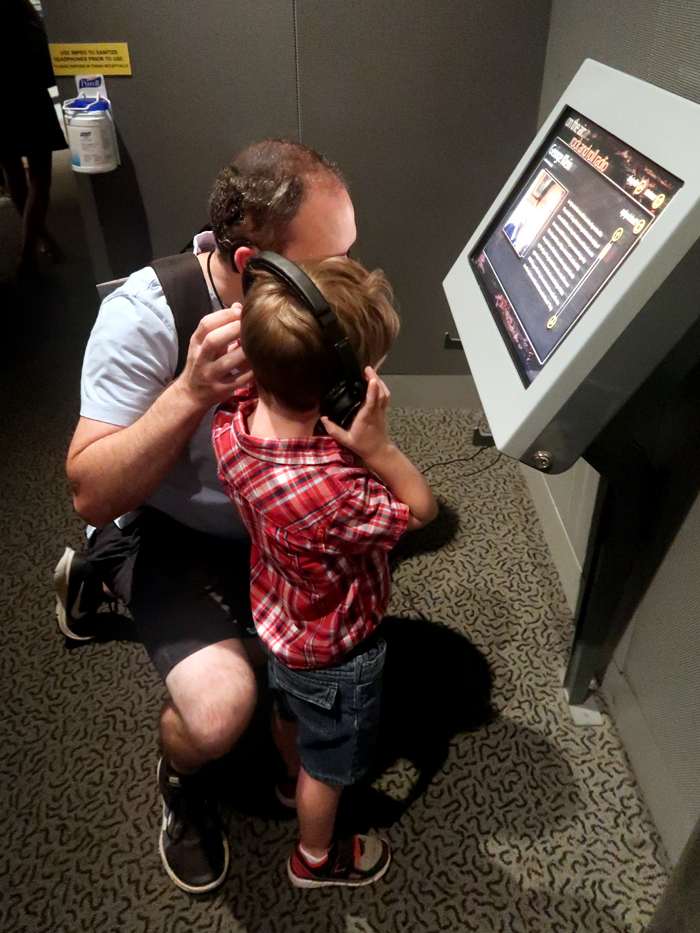 There were audio stations throughout the museum where you could sample music clips. 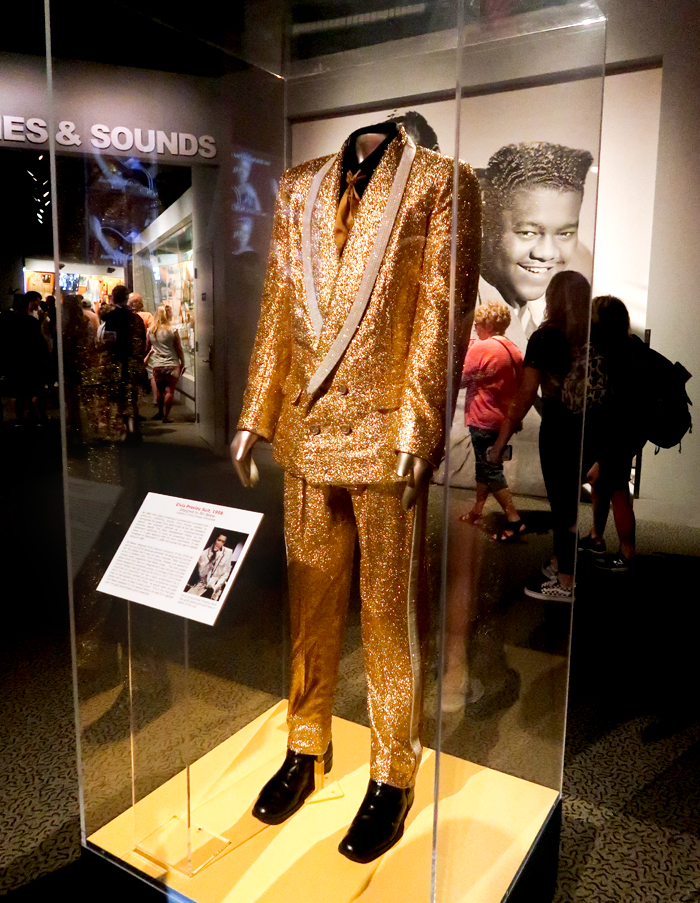 And of course there was no lack of information, costumes, and other goodies dedicated to the King himself. 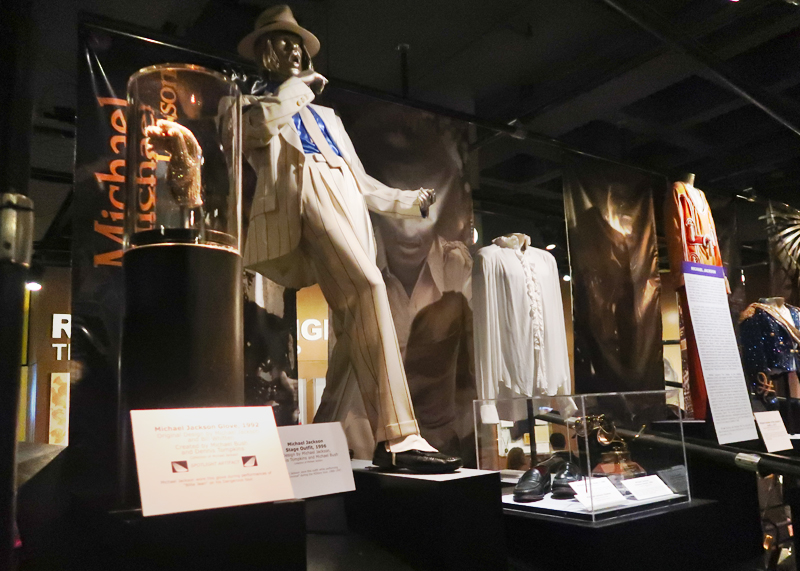 There was also a (much smaller) section dedicated to THIS King as well.  Yeah, he's the King of Pop, not the King of Rock, but still... a legend just the same.  And I may have fangirled over his Smooth Criminal costume AND sparkly glove right there on display. 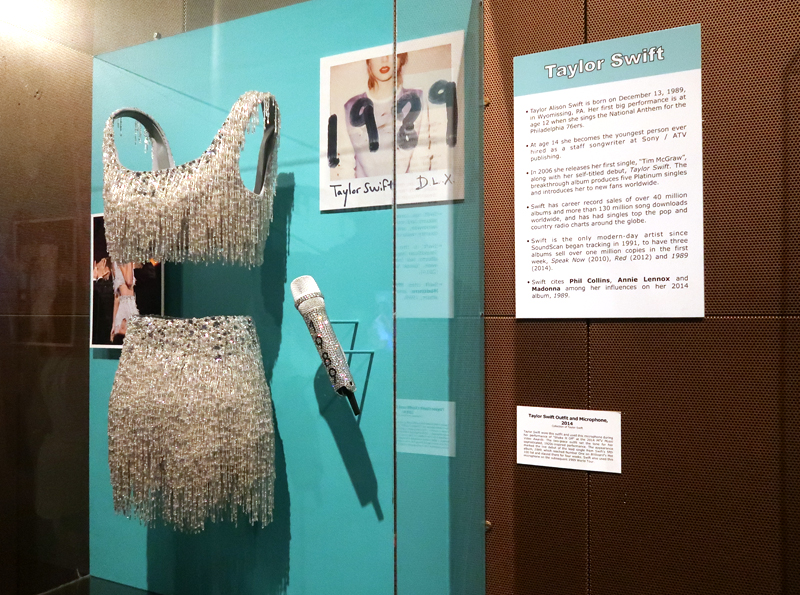 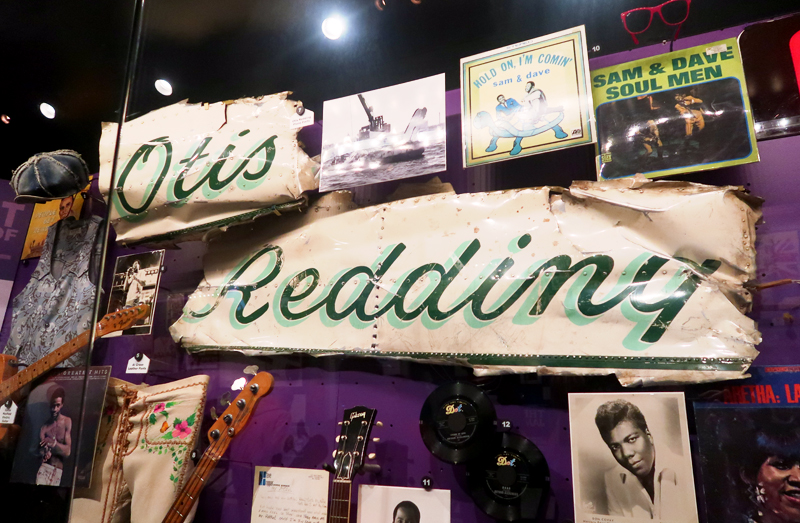 One of the cooler and more somber artifacts was this section of Otis Redding's plane recovered from the crash. 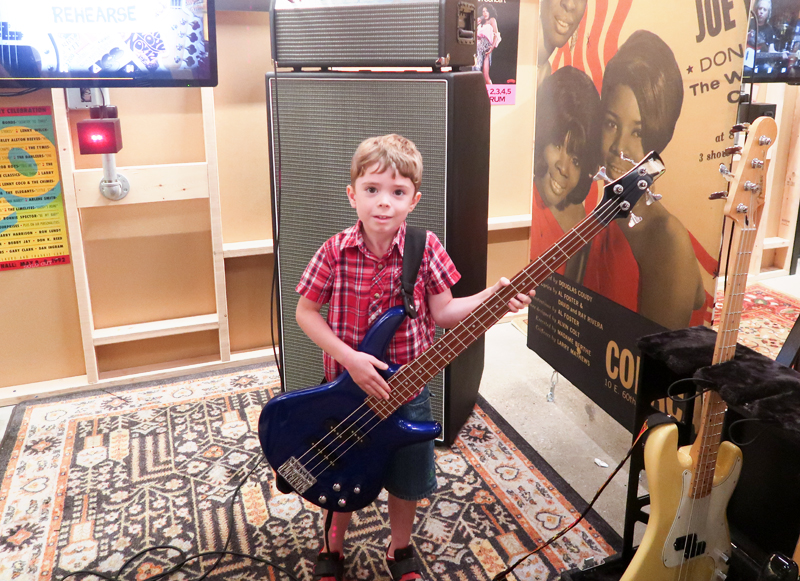 In The Garage you can play with drums, guitars, basses, and keyboards.  It took a little adjusting to get Jasper to where he could hold one, but he was thrilled! 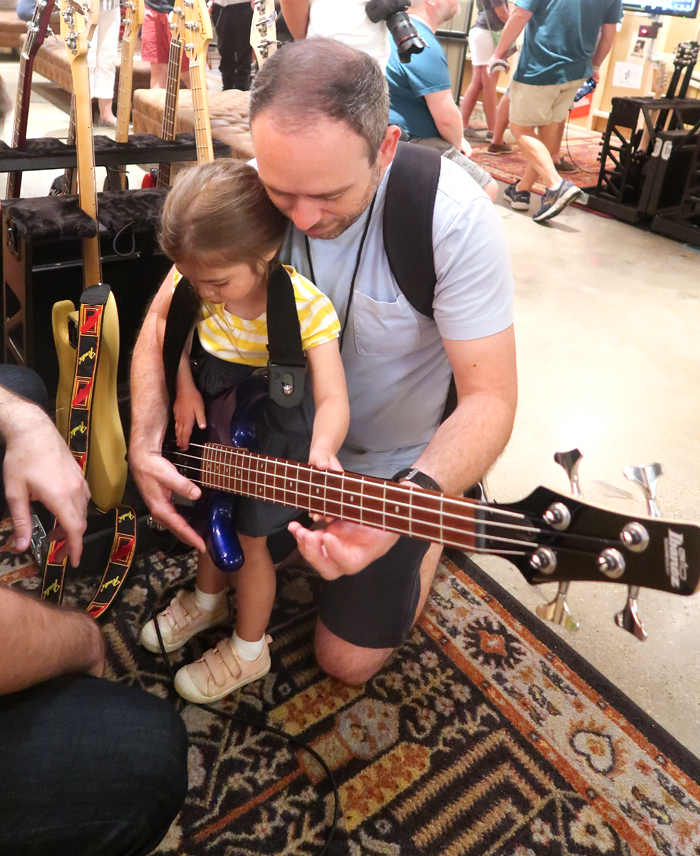 "Just step off, daddy, I can handle this." 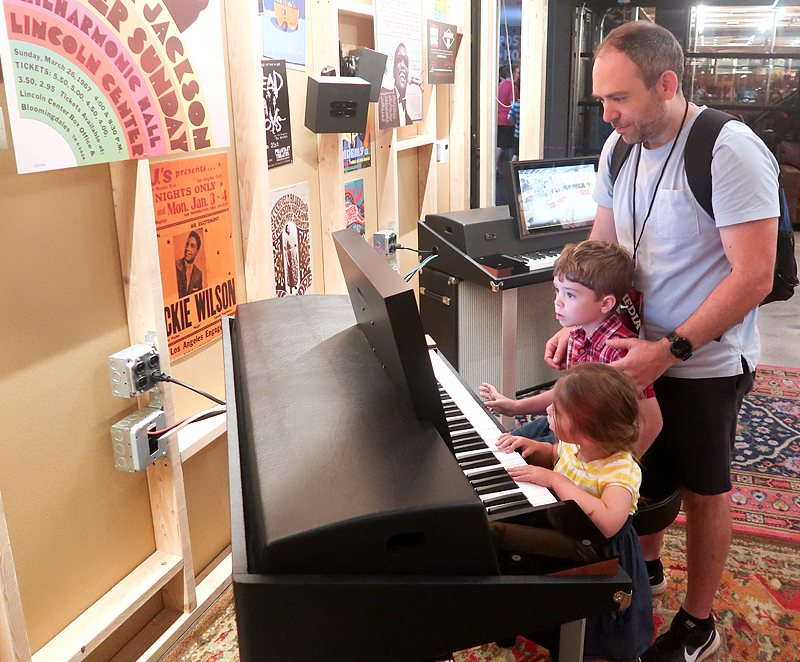 The kids aren't old enough to fully appreciate just how stinking cool the Rock and Roll Hall of Fame is, but this hands-on area definitely got their attention. 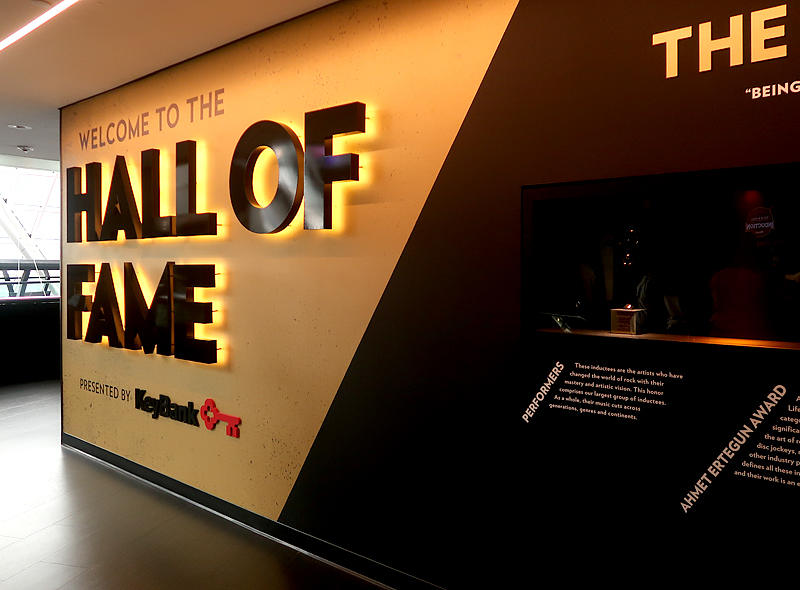 The 3rd level is where you'll find the actual Hall of Fame with the 2019 inductees, signature wall, and a place to nominate future inductees.

Have you visited the Rock & Roll Hall of Fame?  Let me know!