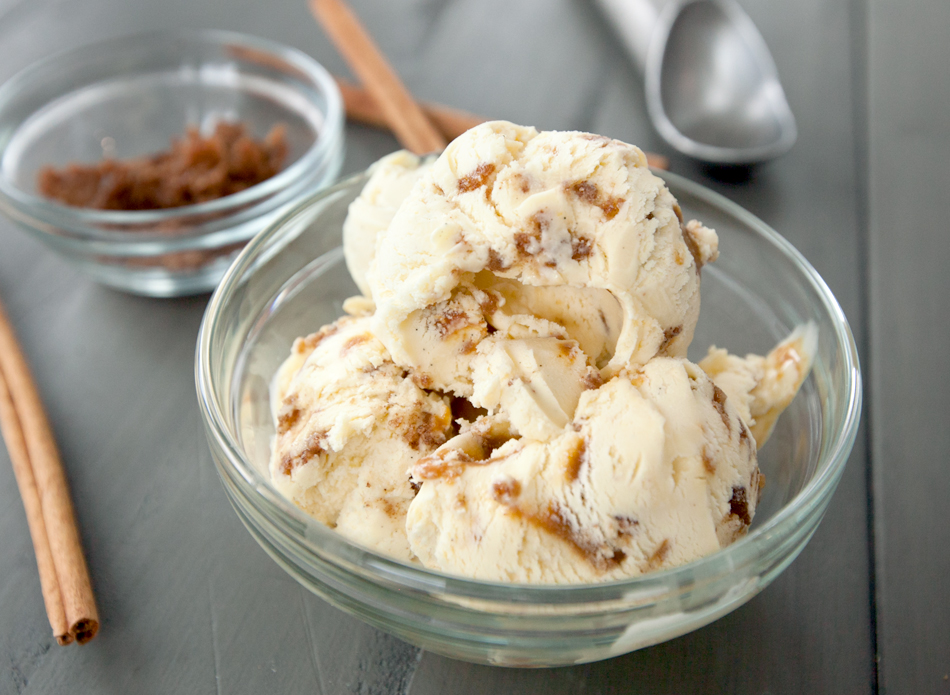 Picture it: little cinnamon sugar crunchies interspersed in luxuriously creamy cinnamon-infused ice cream and layered with ribbons of rich dulce de leche.  Do I have your attention yet?  This quickly became one of my favorite homemade ice creams that I've ever made and I know it'll be one of yours, too!

Ok, So What is Dulce de Leche?

Dulce de Leche is a Latin American caramel made from sweetened milk - often condensed milk - as opposed to traditional caramel which is made by cooking granulated sugar (though milk or cream is often added to caramel sauces).  Literally translated to "milk candy" or "candy of milk", dulce de leche is often thicker than caramel, though the two can mostly be used interchangeably. 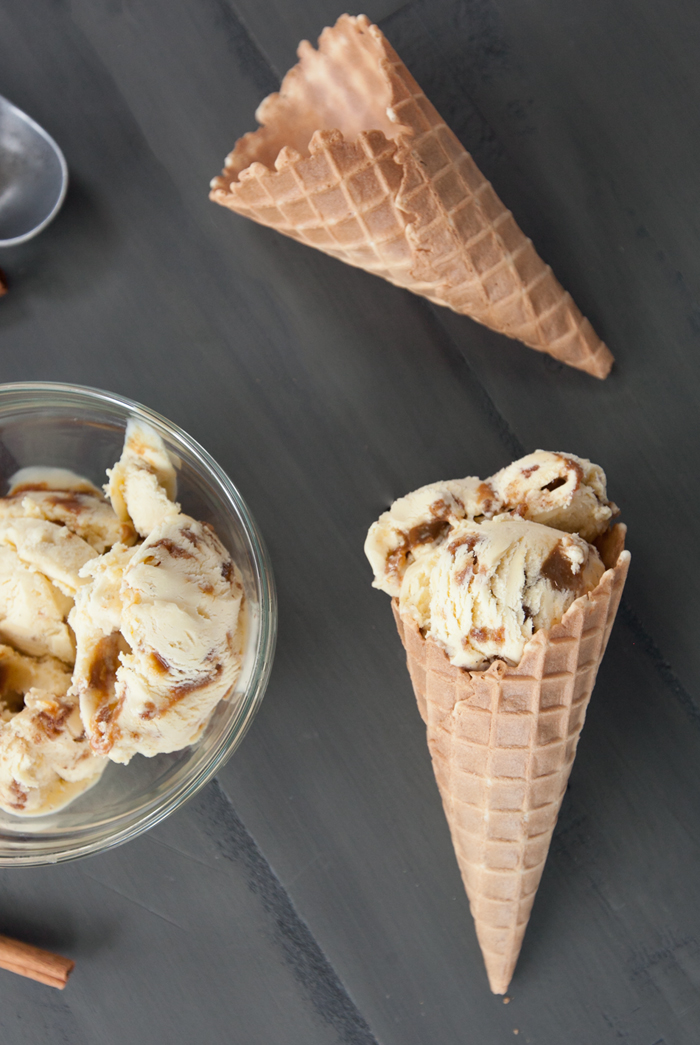 What Type Of Ice Cream Maker Should I Use?

I use a basic Cuisinart ice cream machine that I've had for years and it's never let me down.  It's so simple to use my cat could operate it.  It has one button that toggles "on" and "off".  That's it!  It also comes in lots of pretty colors!  Just make sure to plan ahead and freeze the ice cream bowl part of the machine at least a day in advance of making your ice cream. 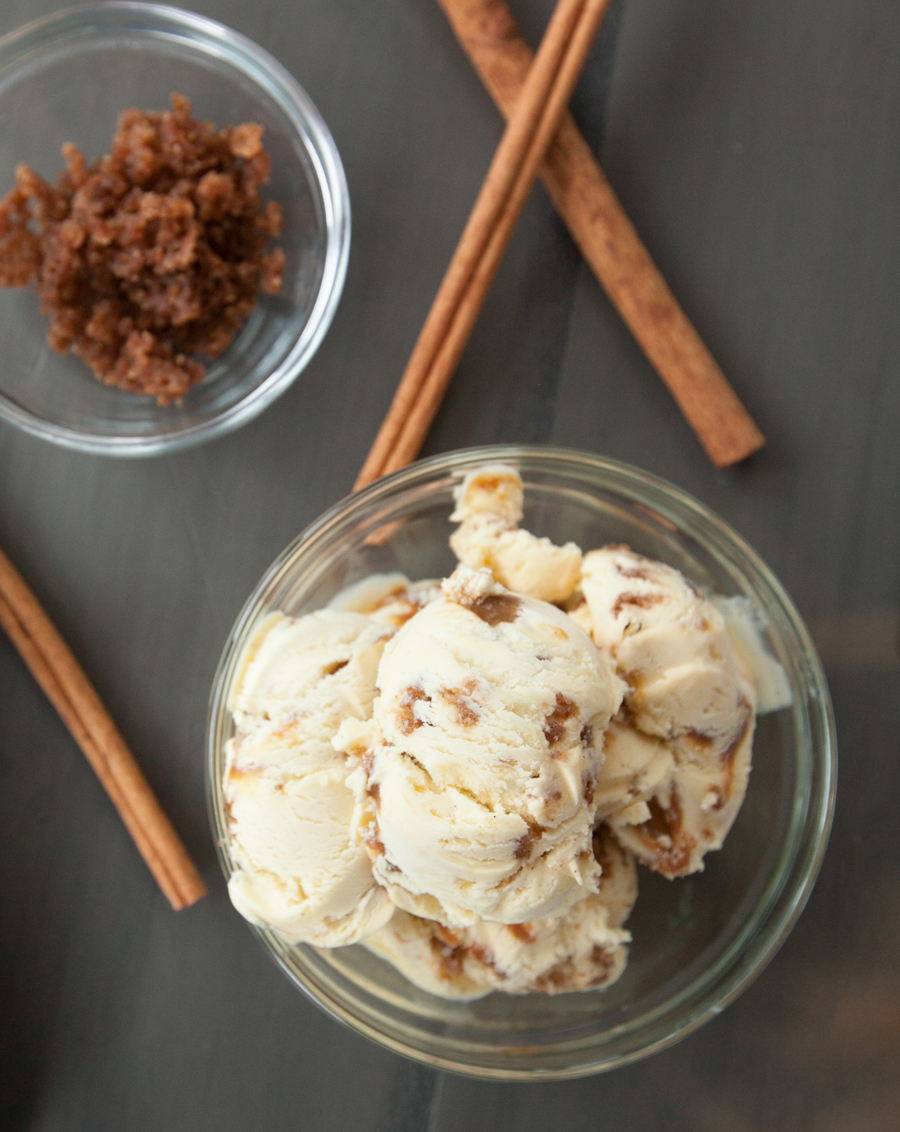 Can I Substitute The Cinnamon Crunchies?

I think the little sweet crunchies in this ice cream make it extra special, but I understand not wanting to take the extra steps to make them from scratch.  You can use crunchy cinnamon ice cream toppings (though I don't see it around much anymore) or even crumble up Cinnamon Toast Crunch cereal, though it may not stay crisp and crunchy when mixed into the ice cream.

You can also just leave it out entirely, it'll still be a delicious batch of ice cream. 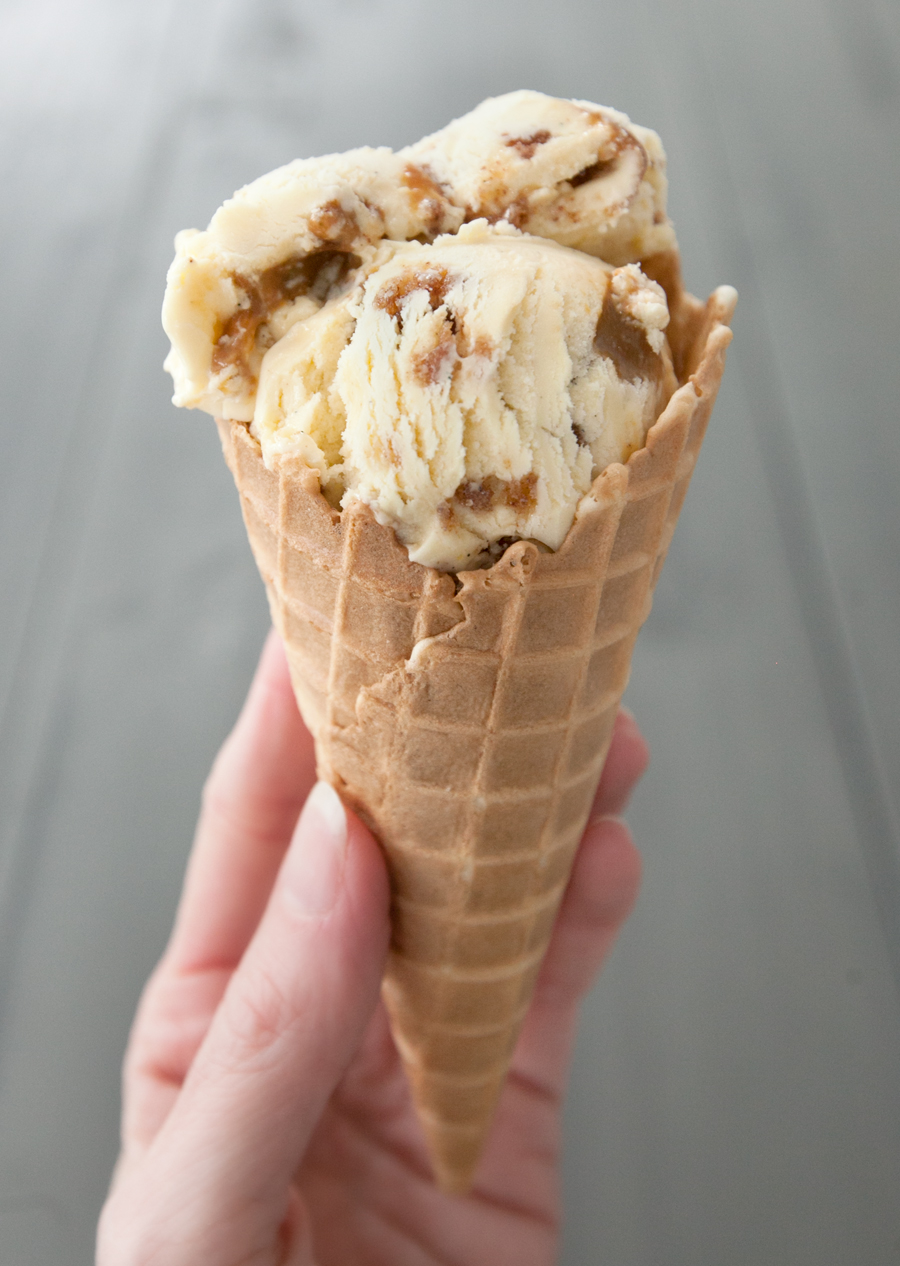 Eat it in a bowl or scooped into a waffle cone, I promise this recipe won't disappoint.  Enjoy!

Do you love this recipe and want to be able to find it later?  Use the image below to pin to your Pinterest boards, or share with your friends on social media by using the buttons at the top and bottom of this post.  Thank you for visiting my blog! 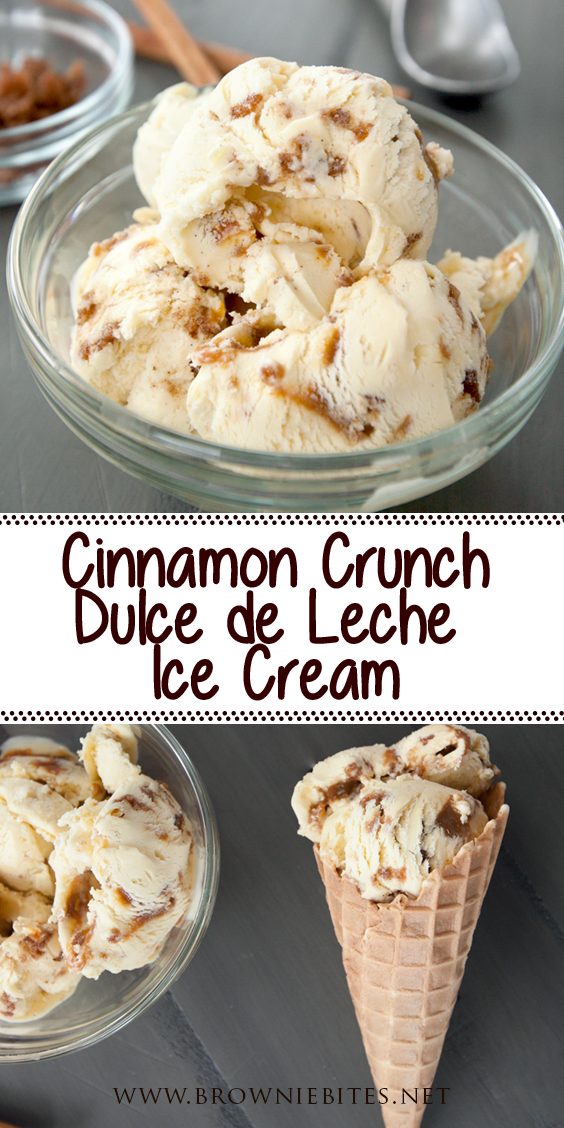