Indulge in a warm bowl of grandma's chicken and dumplings.  This nostalgic dish has a creamy, flavorful chicken base filled with drop dumplings that have a soft, biscuit texture.

What Kind Of Dumplings Are These?

There's about a billion and three ways to make chicken and dumplings.  Sometimes the dumplings are rolled out flat and cut into squares before cooking, resulting in a more chewy dumpling.  Sometimes the dough is rolled into loose balls or dropped by spoonful into the boiling broth, resulting in puffy dumplings with a soft biscuit texture on the inside.  The latter method has always been my go-to method.  That warm biscuit texture on the inside... that's the stuff comfort food is made of, right there.

What Are Some Key Ingredients I'll Need?

For the soup base:

For the drop dumplings: 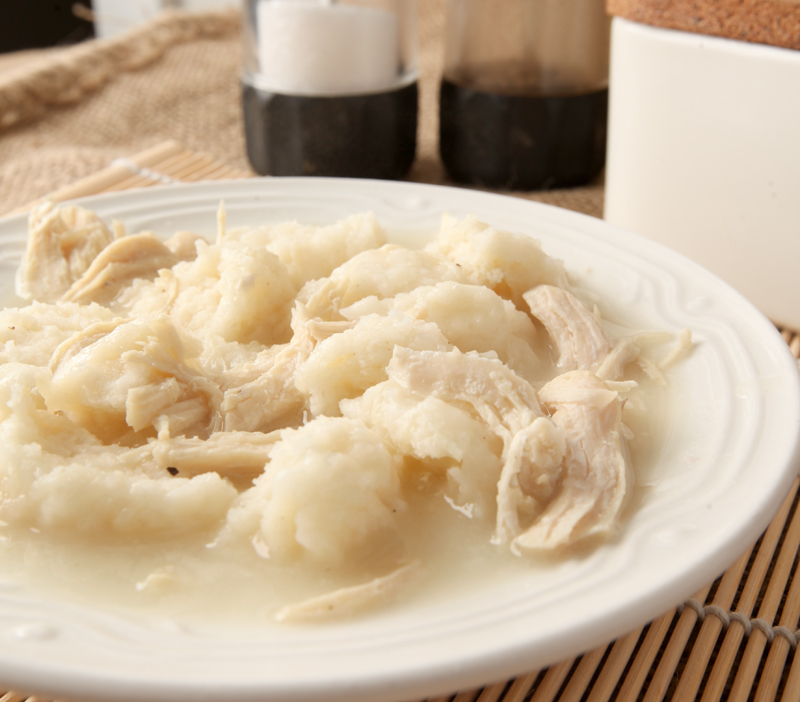 Does This Dish Reheat Well?

Surprisingly, yes!  And I don't do anything special, either.  My recipe for grandma's chicken and dumplings reheat just fine in the microwave and the dumplings retain their fluffy texture on the inside.  The dumplings may drink up some of the liquid when sitting in the fridge, so if you find that you don't have as much broth, drizzle in a little extra chicken broth before heating.

My recipe for the grandma's chicken and dumplings soup base has gone through a few revisions over the years, but the method for making the actual dumplings has remained the same since my mom used to make these for me as a kid.  The completed dish I'm sharing today is the results of many iterations of trial and error and, in my opinion, it's just about perfect.

Indulge in a warm bowl of grandma's chicken and dumplings.  This dish has a creamy, flavorful chicken soup base filled with drop dumplings with a soft biscuit texture.

Do you like this recipe and want to save it for later?  Consider using the image below to pin to your Pinterest boards or share on social media using the buttons at the top and bottom of this post.  Thanks so much! 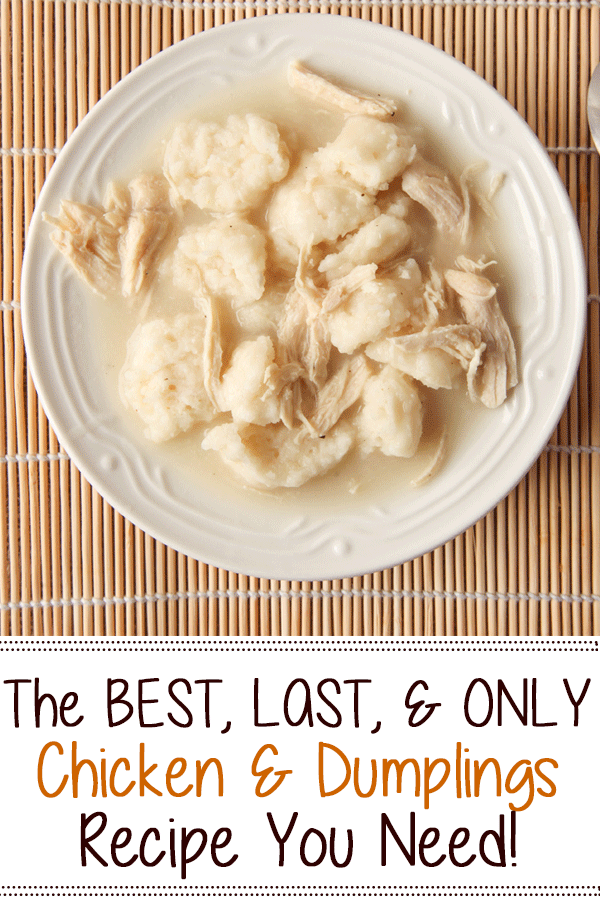