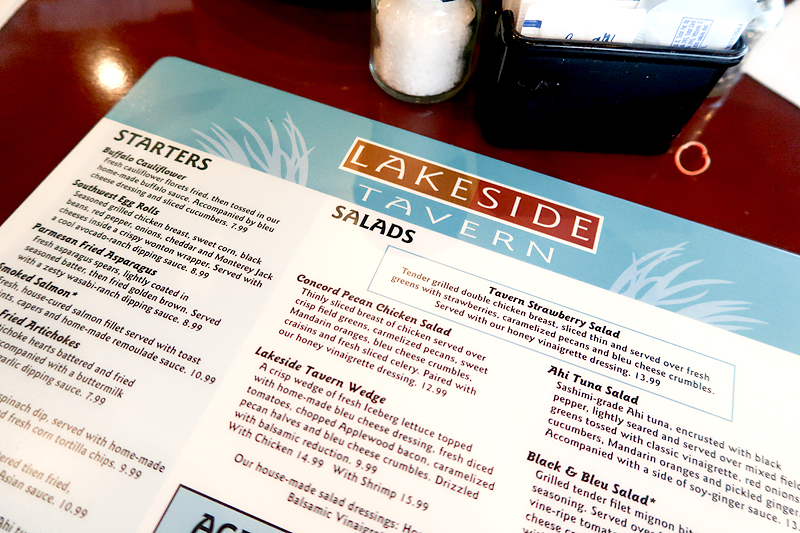 Each holiday season, Matt gets to expense a family dinner as part of a Christmas gift from his employer.  The evening out has become one of our favorite yearly traditions.  We usually try to pick somewhere that we have not been before, but this year we decided to visit Lakeside Tavern.   The restaurant is located near Concord Marina and Concord Park in Farragut on the far west side of Knoxville, TN 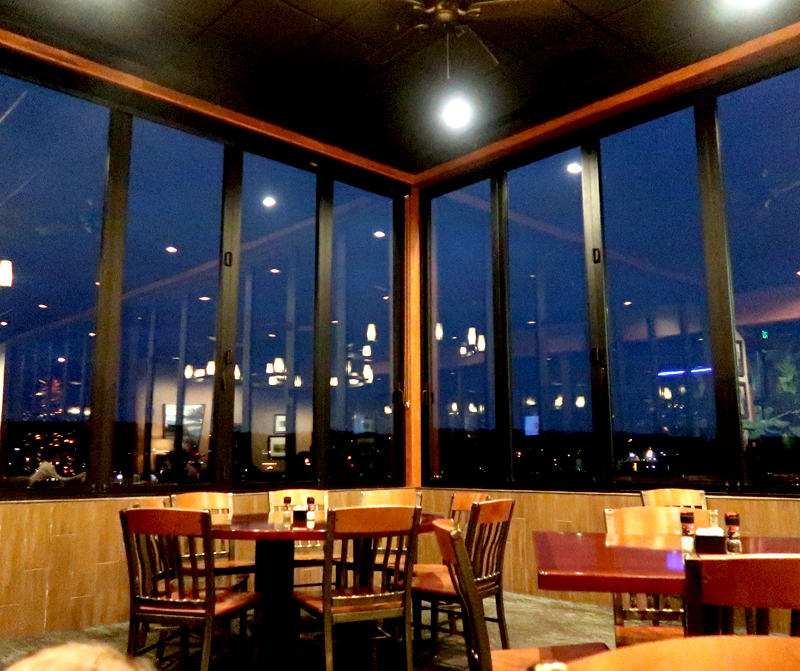 Though we've eaten there before, Lakeside has a warm cozy feel during the holidays, has consistently good food, and is surrounded by pretty scenery! It was nearly dark when we arrived so you'll have to imagine much of it. 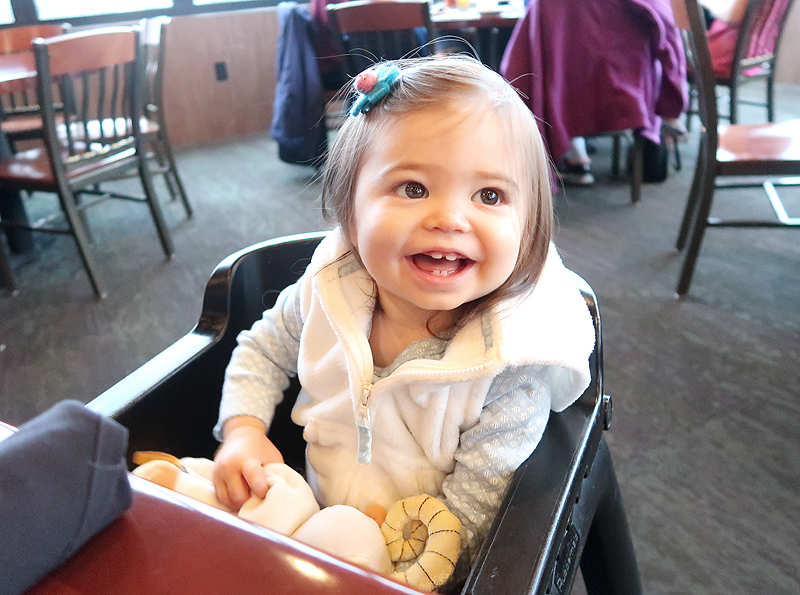 We had both of our kids with us as well, so wherever we went had to be family and kiddo friendly! 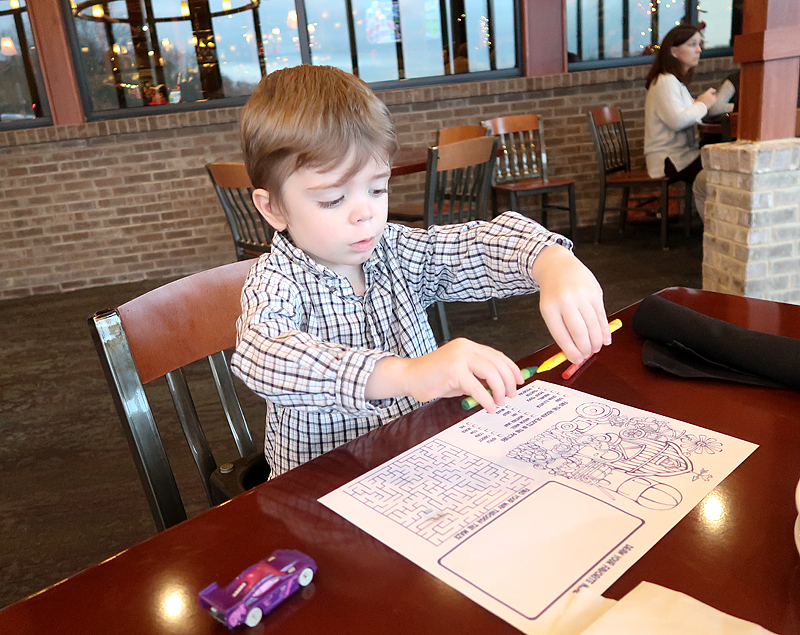 Check and check!  We requested a table near the windows and were seated in a side room almost completely encased in glass.  There was a glowing Christmas tree in the corner and it was a really nice atmosphere. 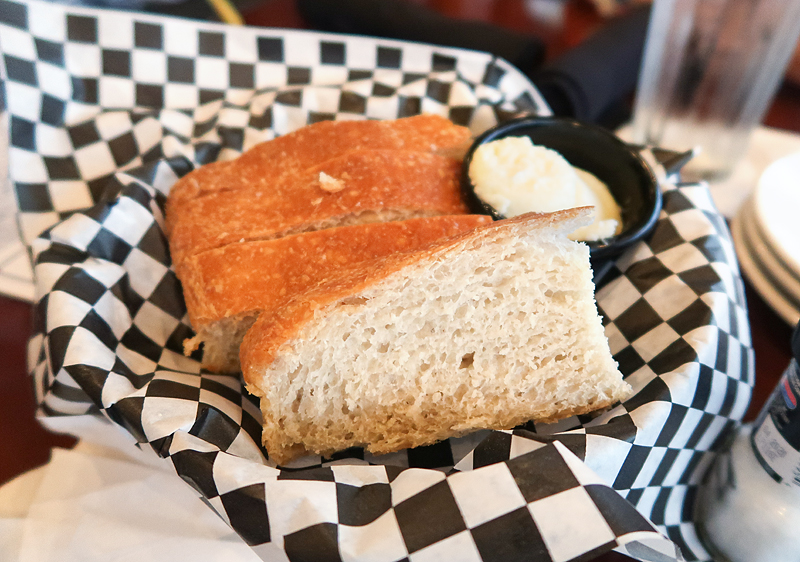 Soft bread and butter is always a good way to start a meal, especially when two toddlers are present at said meal.  The bread was hot and steamy with a perfect chewy crumb. 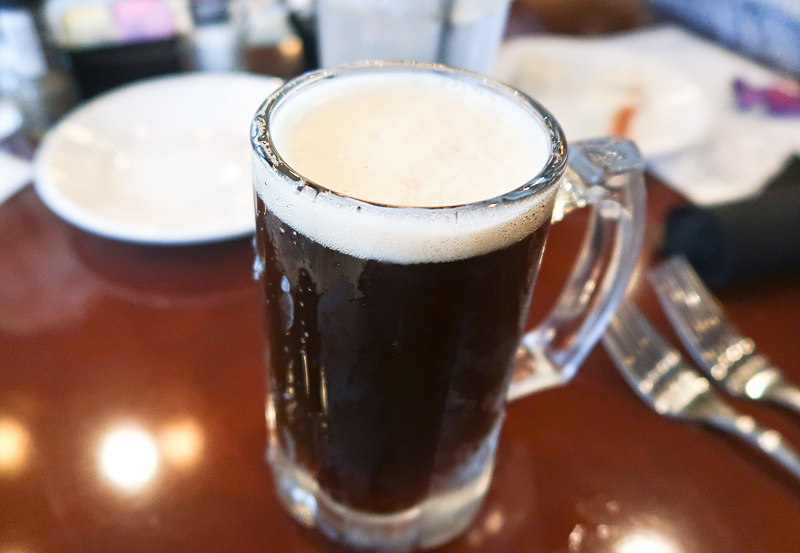 Drinks!  Matt ordered a mug of Sweet Josie Brown Ale and I had a glass of Voga Pinot Grigio.   Lakeside has a number of domestic, imported, and draft beers as well as a wine list and signature cocktails. 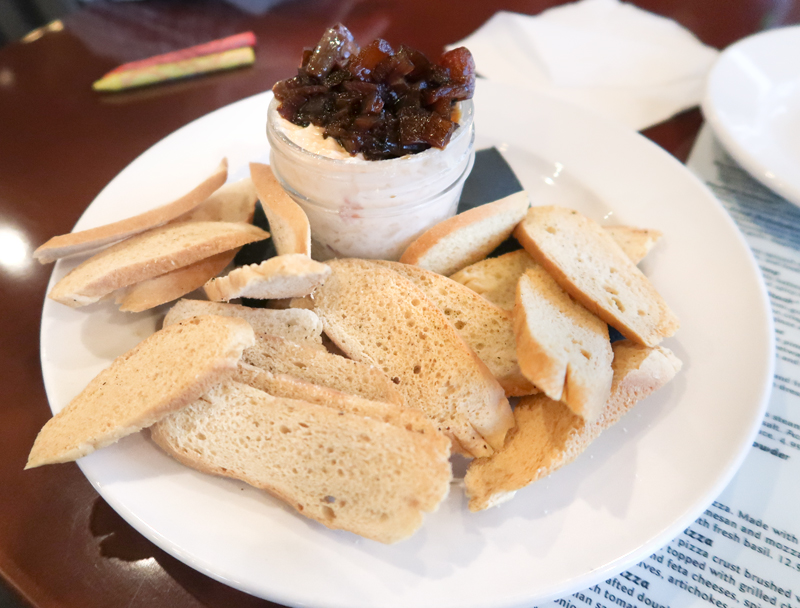 We started with the smoked pimento cheese and toast points, made with local Sweetwater smoked cheddar and topped with red onion jam.  It was... pretty much perfect.  I could have eaten the red onion jam on top all by itself! 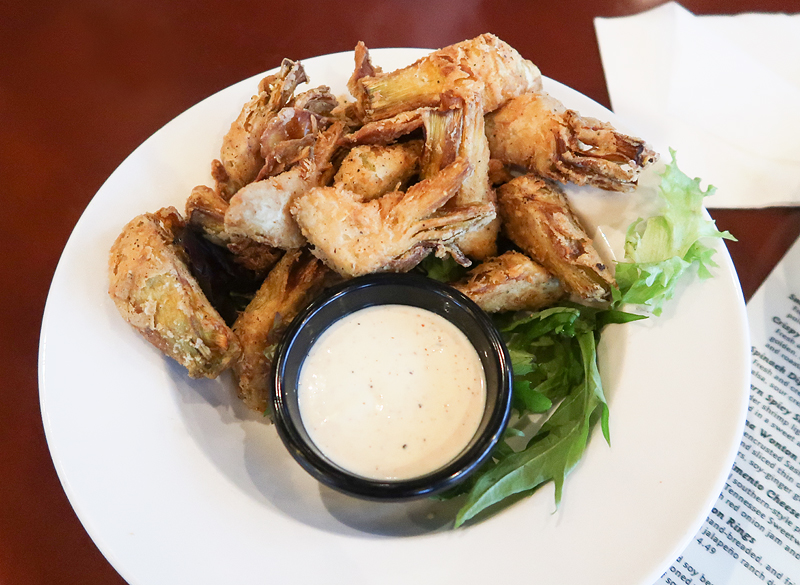 We could decide on just one appetizer, so we also ordered the crispy fried artichokes with buttermilk and roasted garlic dipping sauce.  The batter was crispy and golden and the tangy dipping sauce was the perfect complement to the flavor of the artichoke.  If you can't decide on an appetizer... choose this one. 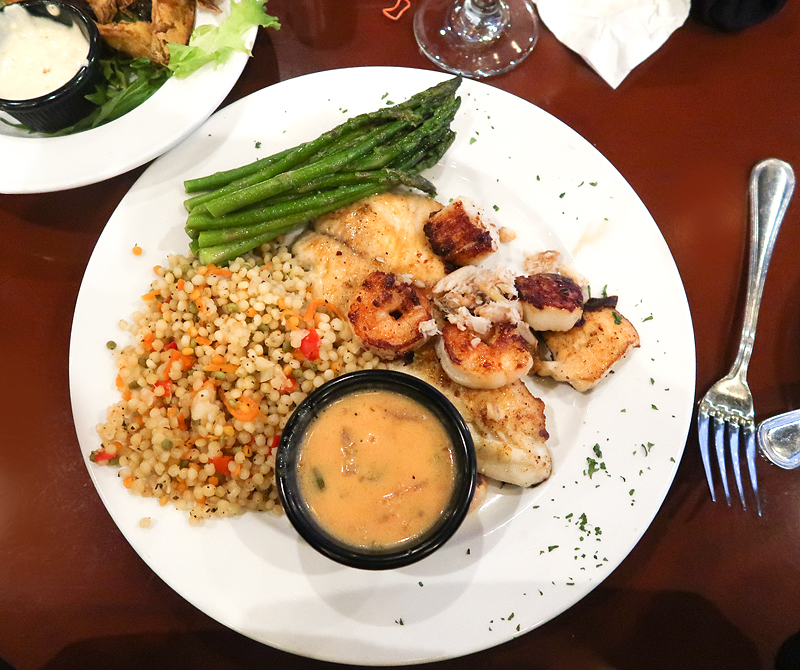 My main dish was the seafood medley - pan-seared whitefish, sauteed jumbo Gulf shrimp, sea scallops, and crab meat served with a white wine garlic cream sauce.  The sides were Israeli cous cous and roasted asparagus.  If ordered as-is, the seafood will arrive already draped in the sauce, but I ordered it on the side and I'm glad I did.  While the sauce is absolutely amazing, it's also very strong and would have masked the flavors of the fish, shrimp, and crab.  The scallops were tasty but had been cooked a touch longer than I prefer. 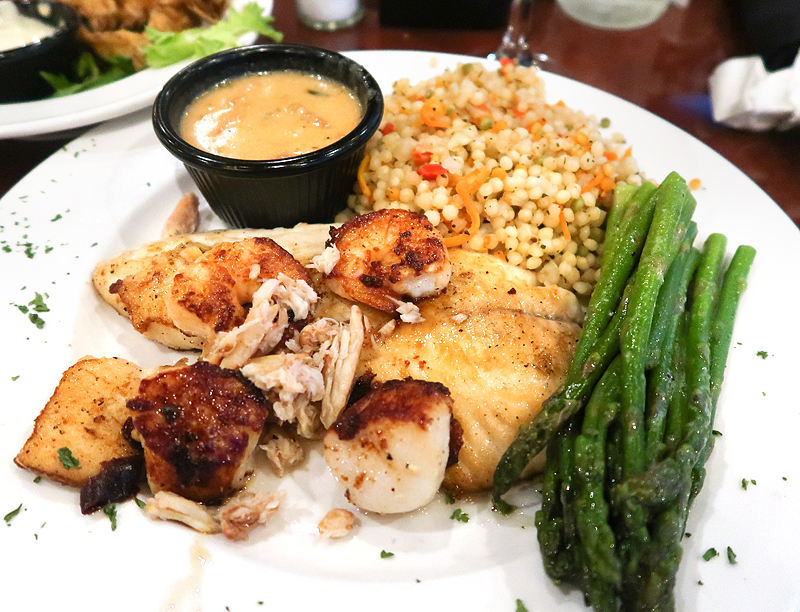 Israeli cous cous - also known as pearl cous cous - doesn't have much flavor on its own, so really needs to be jazzed up to avoid being bland.  Lakeside Tavern's version is up to the task and I had to stop myself from eating the entire generous portion.  Asparagus is one of my very favorite green veggies and it rounded out my meal perfectly, being simply prepared with oil, salt, and pepper. 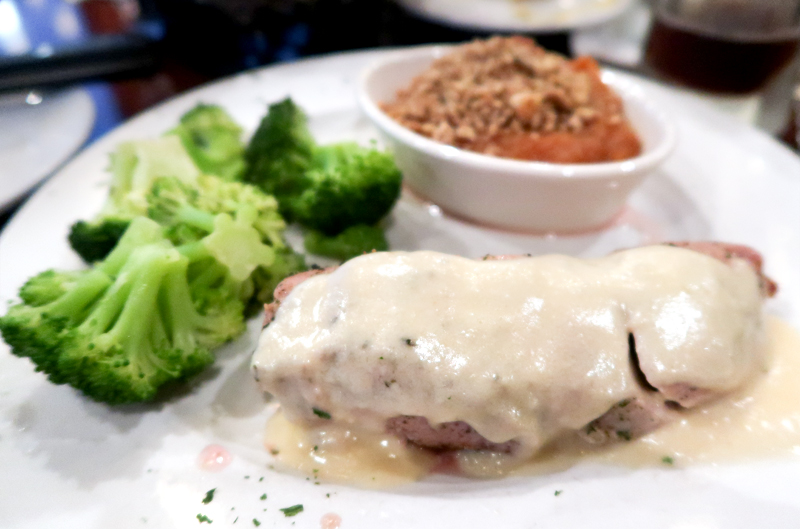 Matt ordered the rosemary pork tenderloin, marinated in olive oil, garlic, and rosemary, and slow roasted until it's absolutely falling apart on the plate.  The pork can be ordered topped with either a Swiss cheese sauce, apricot glaze, or BBQ.  Matt chose the cheese sauce by recommendation of our server.  The meal was served with steamed broccoli and a luxurious pecan sweet potato casserole. 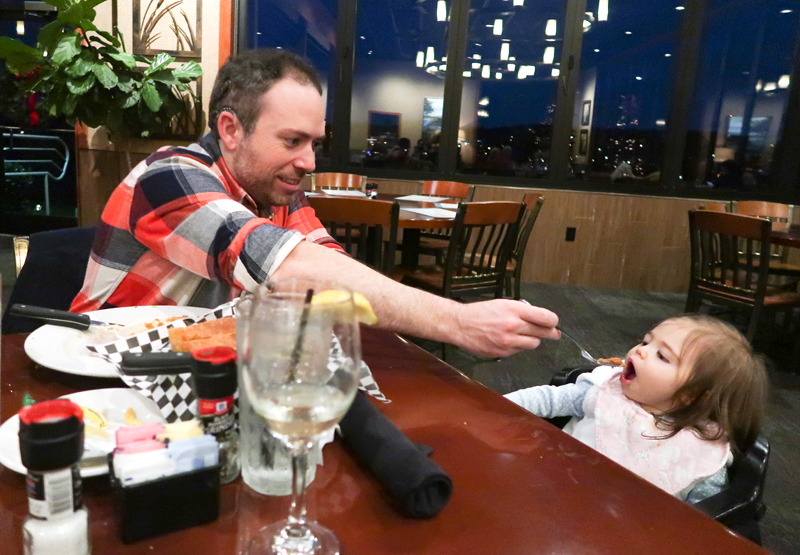 The little one helped him finish off that yummy sweet potato casserole! 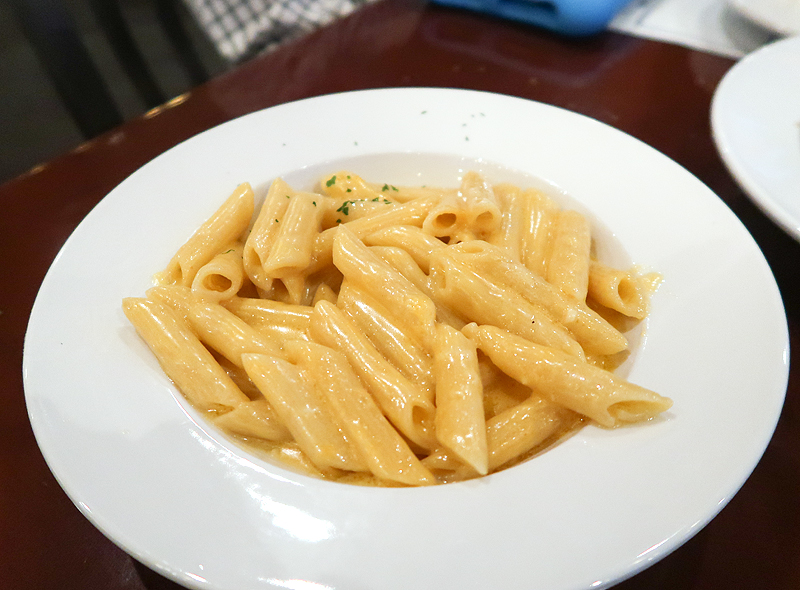 When we arrived at our table I asked our 3 year-old what he'd like for dinner, knowing already that the answer would be a hearty, "Mac & Cheese!"  Yeah I know, there are healthier things he could have ordered, but his diet at home is quite healthy the majority of the time so we let him choose whatever he wants at restaurants, because honestly, it's a better experience for everyone if he's happy.  Judge me if you must.  Lakeside's kid's menu has penne with a cheese sauce and that totally satisfied Jasper's craving. 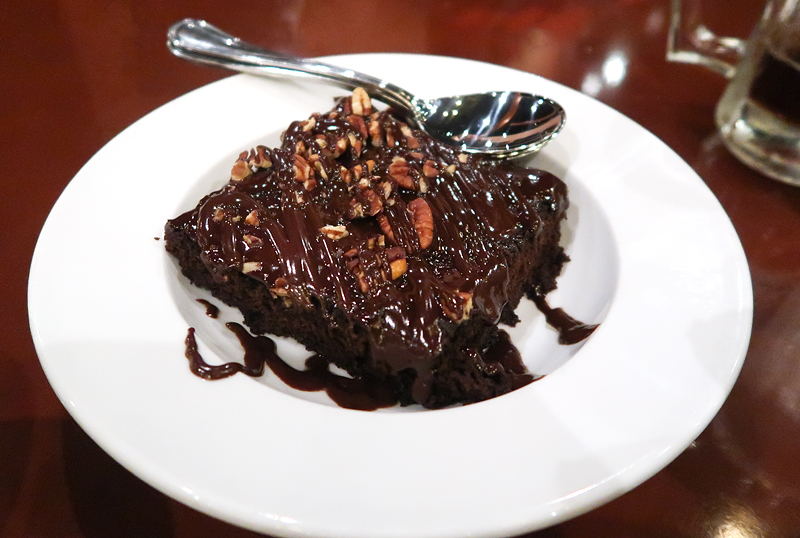 And then this landed on our table and we have no idea how it happened, because we absolutely did not order this Kahlua fudge brownie.  Nope, not us.  The picture speaks for itself - this is a massive warm fudgy brownie covered with fudge and pecans and a drizzle of Kahlua sauce. 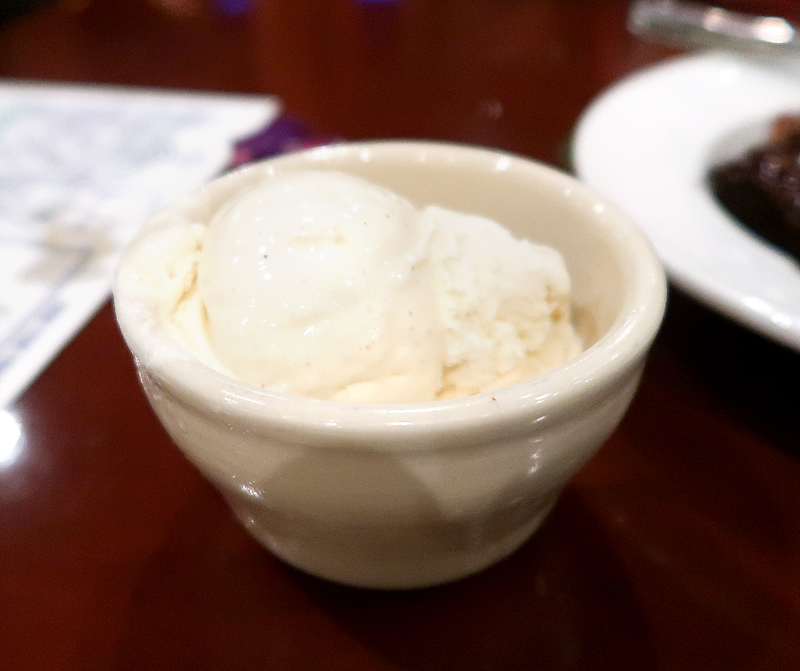 The brownie comes topped with vanilla ice cream (they also had a festive peppermint version available for the holidays) but we ordered it on the side because we knew we'd be taking most of the brownie home with us.  It was the perfect chocolate-y end to our meal.