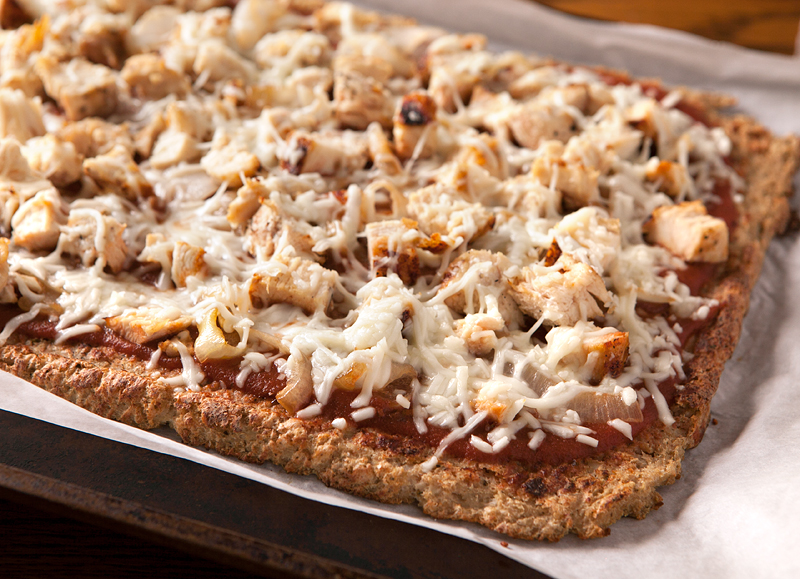 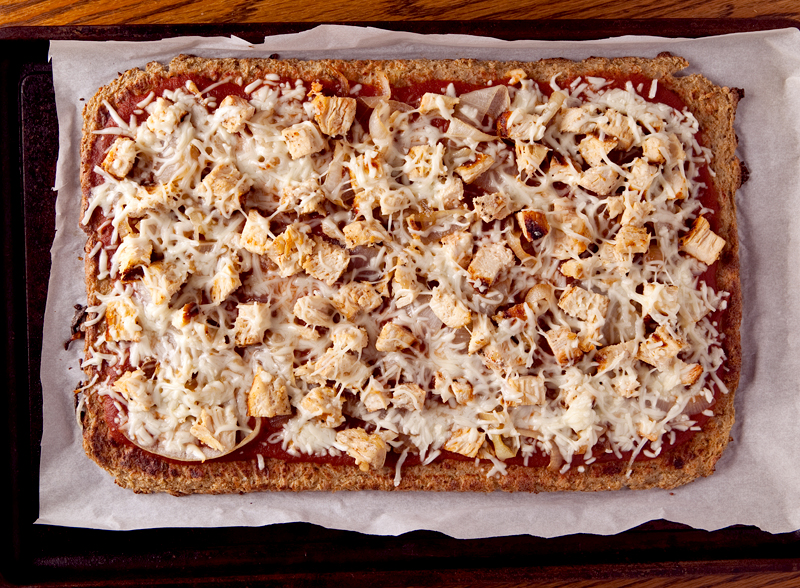 I'll be honest, this crust tastes like cauliflower, so you'll need to be a cauliflower fan to like it.  It's not bread, so it won't taste like bread.  Matt and I love cauliflower, so we thought this pizza turned out really tasty and we'd absolutely make it again.  I kept my crust a little on the thicker side so it stayed pretty soft and the resulting pizza needed to be eaten with a fork.  If you press it out onto a bigger pan and keep the raw dough thin, however, it'll crisp up nicely for you. 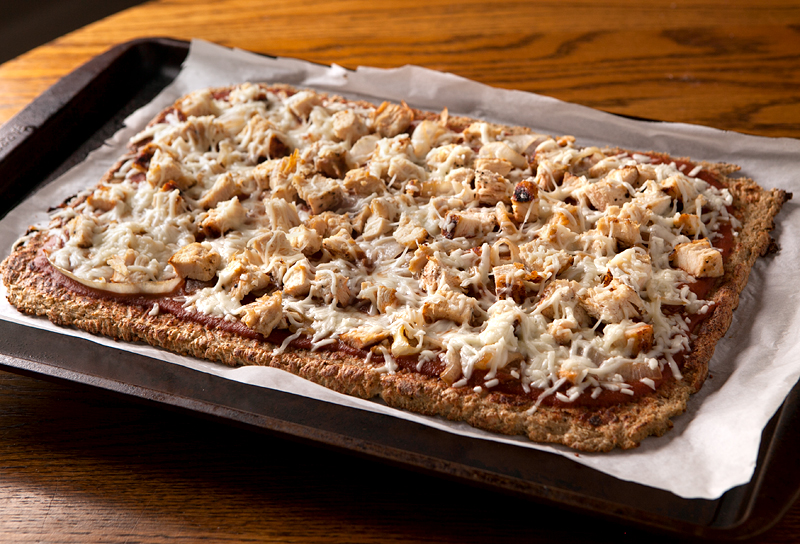 This crust takes a little more active prep time than a traditional pizza crust, but if you love cauliflower and you're looking for a way to cut the carbs and calories and still enjoy your pizza, give this crust a try some time!

Save this recipe for later!  Use the pretty Pinterest-ready image below.  Just hover your mouse over the image and use the button that pops up!