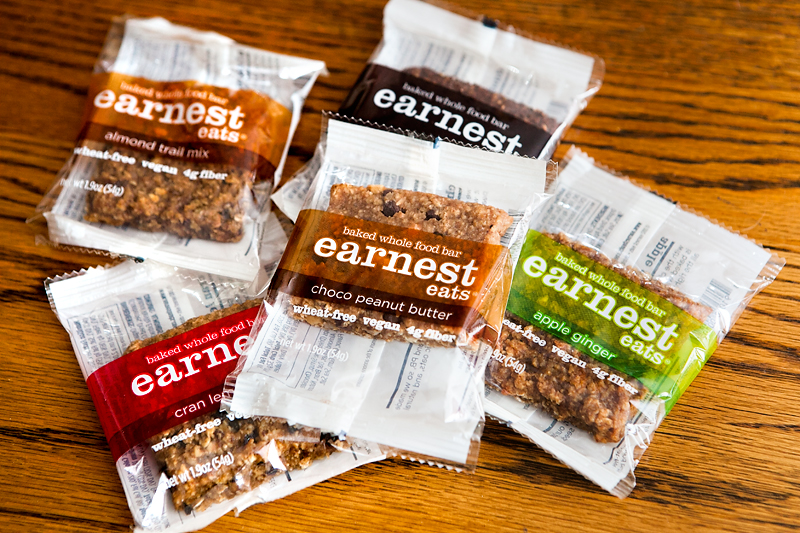 If it wasn't already obvious from the past reviews we've done, we eat a lot of nutrition bars!  They're such a convenient and filling snack whether you're looking for protein or energy.  They also come in about a billion different varieties and every brand we've tried has offered up something different.  We recently had a chance to try out some nutrition bars and instant oatmeal from another brand that is new to us -  Earnest Eats.

What I like about this brand is that it offers up tasty products with simple ingredient lists, and you can find them in stores you regularly visit, like Target!  Don't get me wrong, I adore browsing through specialty grocery stores as much as the next person, but it's always a bonus when I can pick up the things that I need in the stores that I use for my weekly grocery trips.

Don't let their small size fool you, these little squares pack quite a punch at between 210-230 calories each!  These would be perfect for people who need some fast energy - I would totally throw these into my hiking pack.  They are not covered in a layer of chocolate like many energy bars and while I'm all about some chocolate, it tends to melt in warm temperatures, turning your much-needed snack into a mushy (albeit still delicious) mess!

I found the texture of the bars to be delightfully chewy and not too dry.  My favorite flavor was the apple ginger - the fresh apple flavor was the star of the show with a ginger a nice secondary complement.  Second runner-up was the hearty almond trail mix, a mix of almonds, oats, dried cranberries, pumpkin seeds, raisins, and sunflower seeds.  Talk about a hearty combination! 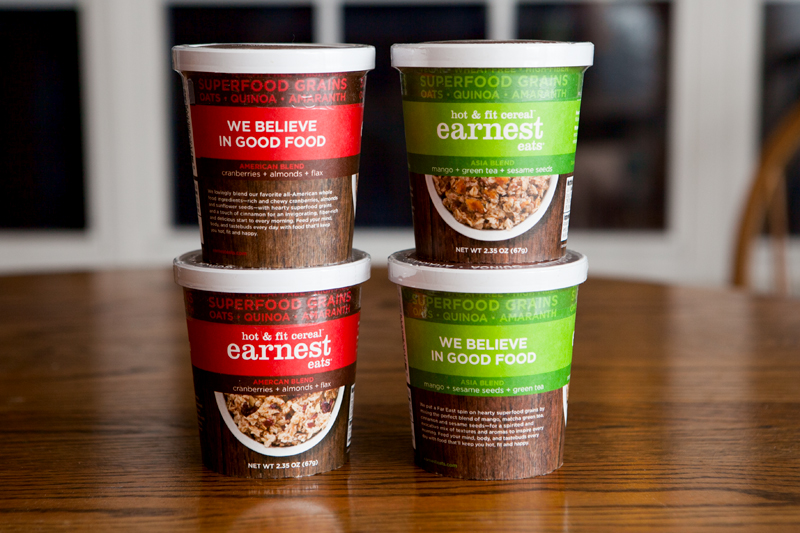 Earnest Eat's line of Hot & Fit cereals come in both multi-serve packaging and these convenient single serve cups.  The single servings have already been slightly sweetened, so they are ready to go with the addition of hot water! 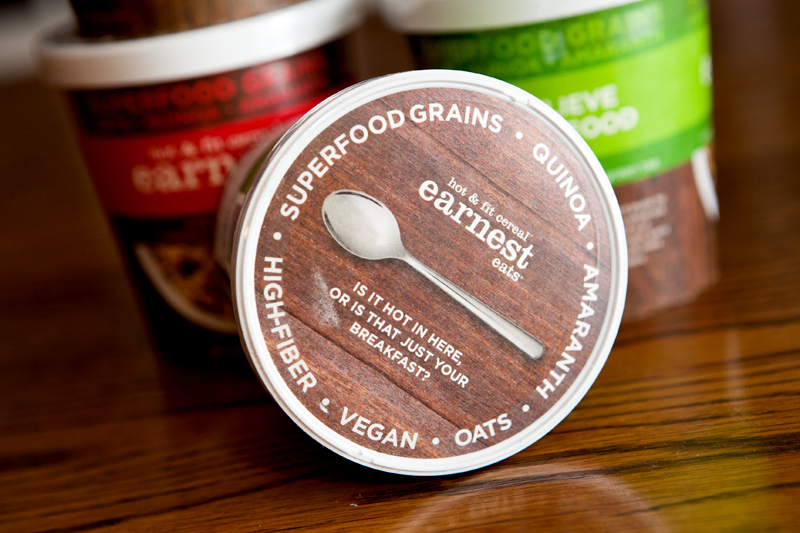 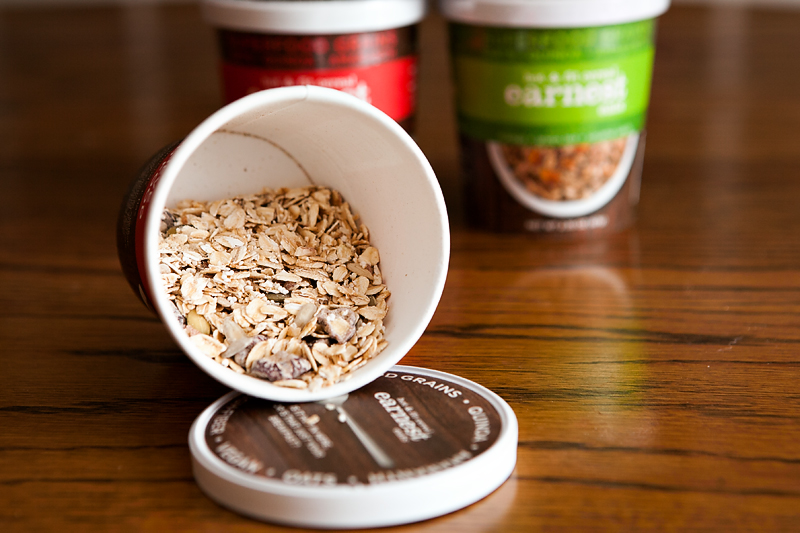 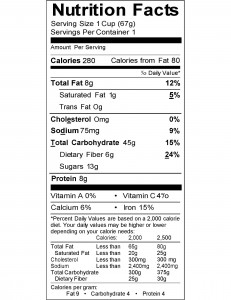 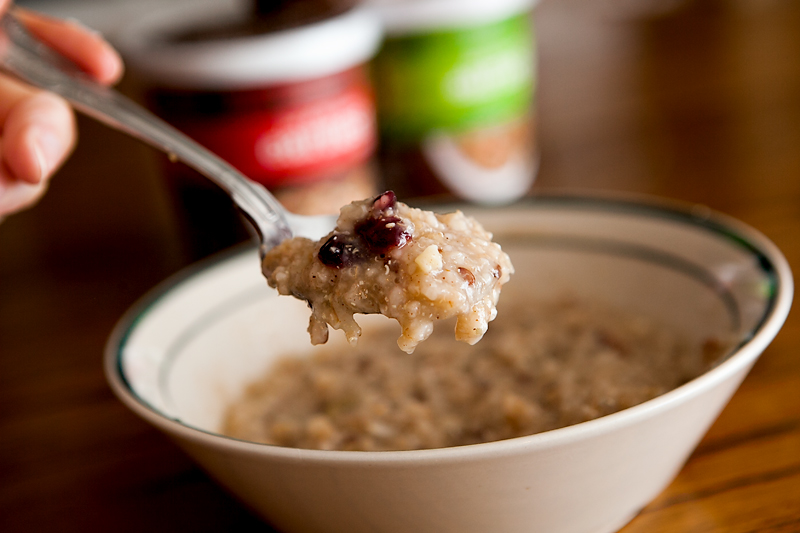 Since this was my first attempt at a single-serve oatmeal that has its own cup, I initially added water directly to the cup to the indicated pour line and then microwaved it for the suggested amount of time.  This unfortunately resulted in the oatmeal quickly bubbling over the cup and all over my microwave.  I'm not sure if I should have lowered the power on my microwave or what, but after transferring the cereal to a regular bowl, everything turned out okay.   In fact, the American blend turned out to be my favorite flavor of the three!  The combination of different grains and nuts gave the cereal a chunky, hearty texture with just the right amount of remaining crunch after the oats have softened.  I'm pretty picky about the texture of my oatmeal - I won't touch it if it's mushy - and this one didn't have that problem at all.  I'd definitely buy this flavor again! 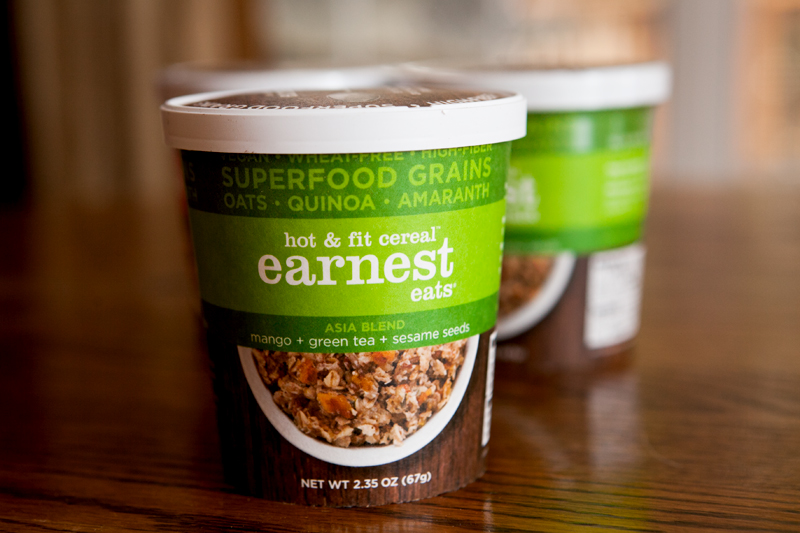 Next I tried the Asian Blend! 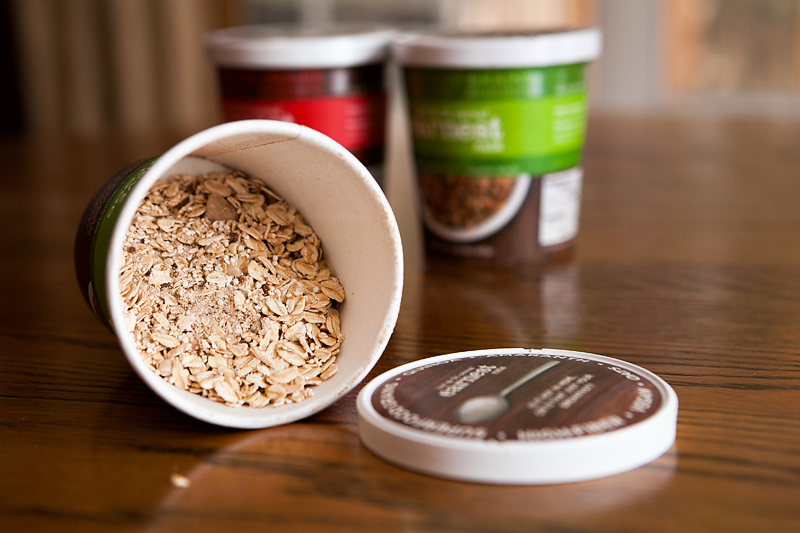 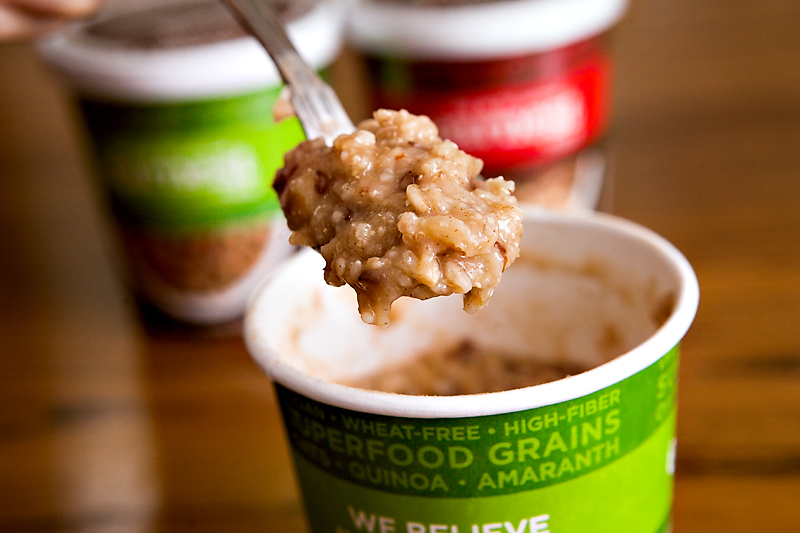 I got smarter with this one and started by boiling some water, still using a microwave,  in a coffee mug, and then pouring the water over the oatmeal in the single serve cup, which solved my overflow problems.  Again, I don't know if the issue was caused by user error (wouldn't surprise me!) or if boiling the water first is necessary.  The instructions say to add the water to the cup and then microwave, sooo.... who knows!  Let me know your experiences if you try it out!  As for the flavor, I also enjoyed this one as a close second place to the American blend.  It has the same chunky texture and the blend of mango, green tea, and cinnamon flavors were a nice fruity combination. 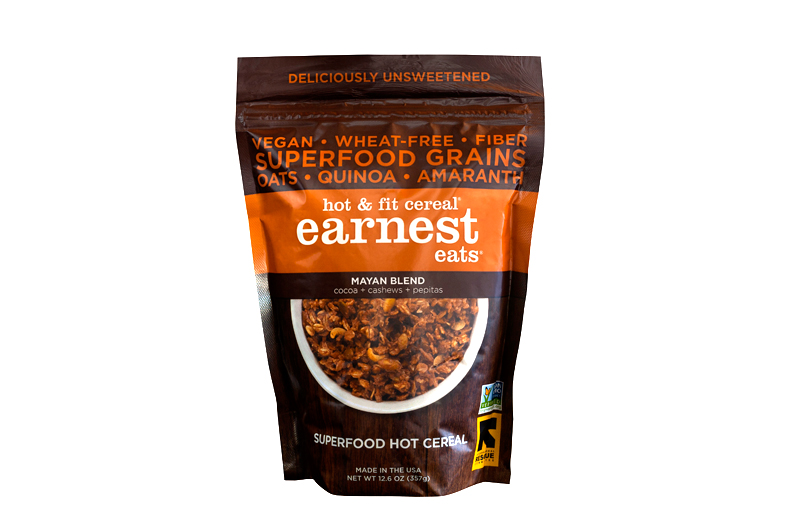 Here's some nutritional info.  At first glance, this one appears to have less calories and sugar, but remember that the single serve cups have already been lightly sweetened, so keep that in mind!

I found the Mayan blend to have a richer flavor than the others, no doubt due to the addition of cocoa powder, which contributed the bulk of the flavor profile of this one.  For my personal tastes, I needed to sweeten this one a bit more than the others to offset the bitterness of the cocoa.  That's not necessarily a bad thing, but as a breakfast food I would definitely reach for the Asian or American blends and save this one for an evening treat.

Overall, I can recommend all of the products that I tried from Earnest Eats and feel that they can be included in any healthy lifestyle!