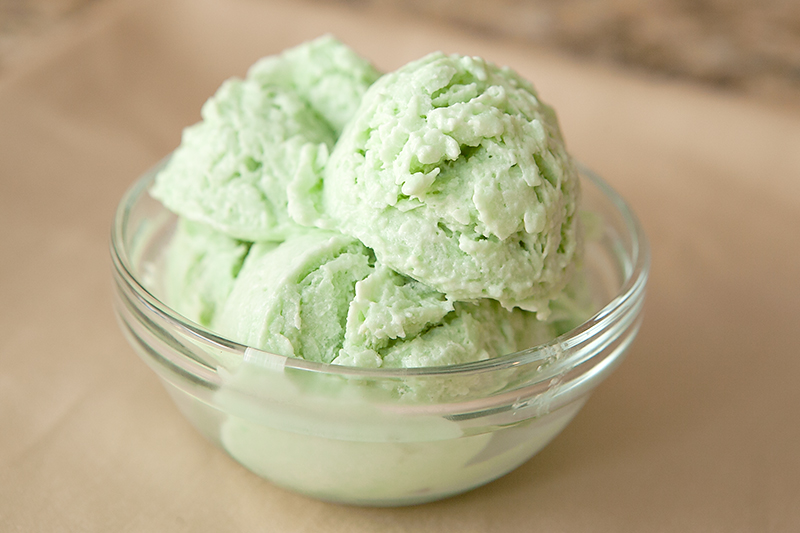 Ugh, just don't even look at this post.  Seriously, you can just pass this one right on by and I won't mind, really.  See you next time!

Is it relatively low calorie?  Yes.  Is it healthy?  Ehh.  Is it full of ingredients I can't pronounce?  You betcha.  It doesn't even have an official name so I decided to call it exactly what it is - An Embarrassing Shameful Dessert.  It has a nice ring to it, I think.

Basically this is what happens when you mix together instant pudding with Cool Whip, freeze it, then scoop it out as it thaws in your fridge.  It starts out kind of like shaved ice but then melts into your mouth like a pudding pop.

One other thing I'd like to point out is that I used almond milk instead of regular milk when mixing up the pudding because it's all we keep in our house (and it's lower calorie!).  You must use cornstarch when making instant pudding with almond milk otherwise the pudding will be runny.  It'll still turn out slightly thinner than regular pudding, but it's a nice little trick to use when you don't have any milk in the house, or if you're lactose intolerant!  Also, because the pudding is going to be combined with the Cool Whip, I reduced the amount of milk that the pudding calls for by ½ cup per package.  You could reduce it a little more if you want a thicker pudding.  You could also just use regular milk and omit the cornstarch.

Like I said, this can barely even be called a recipe so you can modify it however you like.  I used pistachio pudding because it's one of my favorite flavors, but you can use whatever you want!

This combination is pretty tasty when eaten immediately, but I wanted to see if I could get something closer to ice cream by freezing it.  Straight out of the freezer it was a bit too hard to scoop easily so I just moved it over to the fridge.  As the mixture began to thaw, it scooped easily but had a texture that was pretty darn nifty.  It's not exactly ice cream, not exactly shaved ice, and not exactly pudding.  I like it.  You might like it, too, and that's why I'm putting aside my shame and sharing this little dessert hack with you. 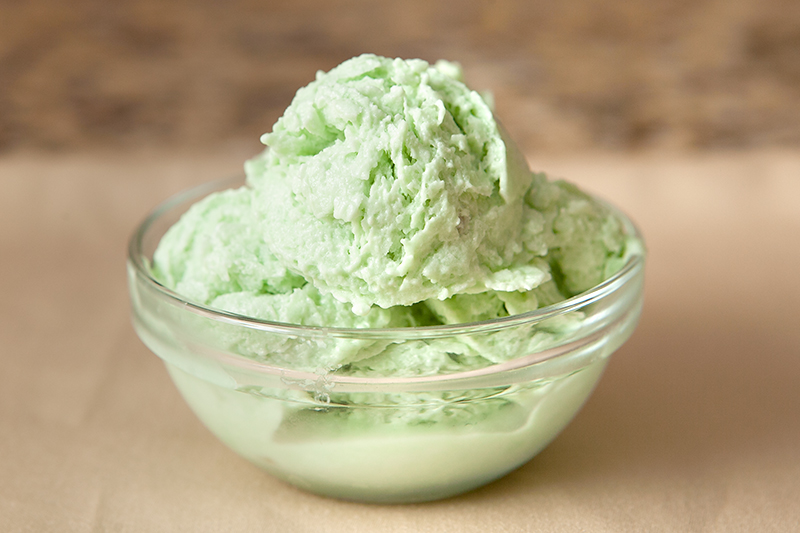