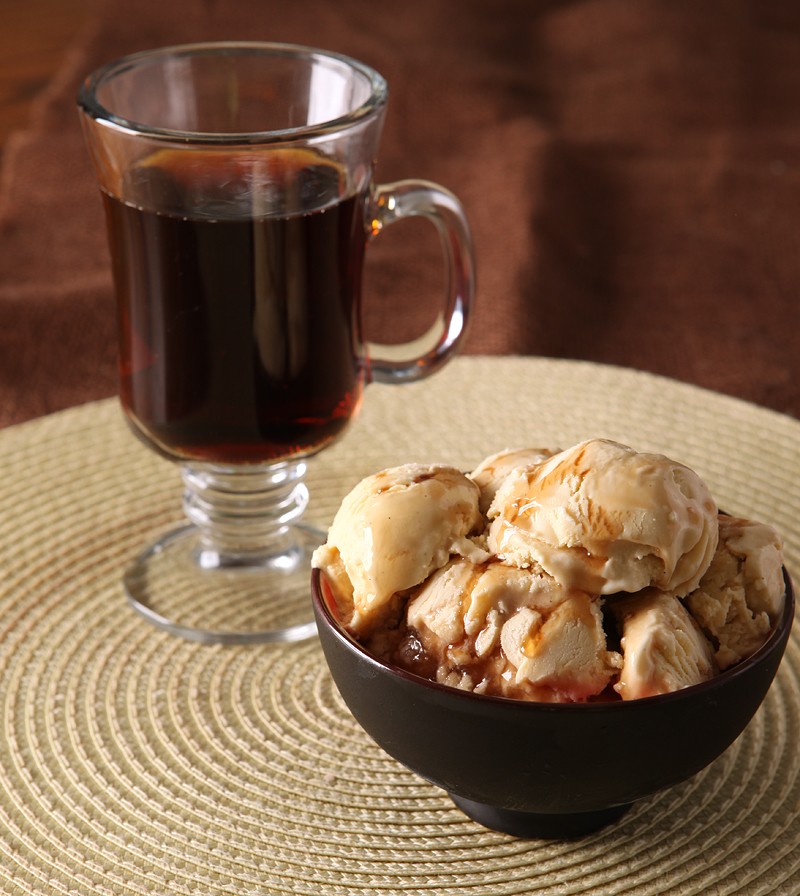 You can't throw a stick without hitting a butterbeer ice cream recipe these days.  Ever since the tasty-sounding drink showed up in the universally-loved Harry Potter book series, it's become something of an obsession among fans. 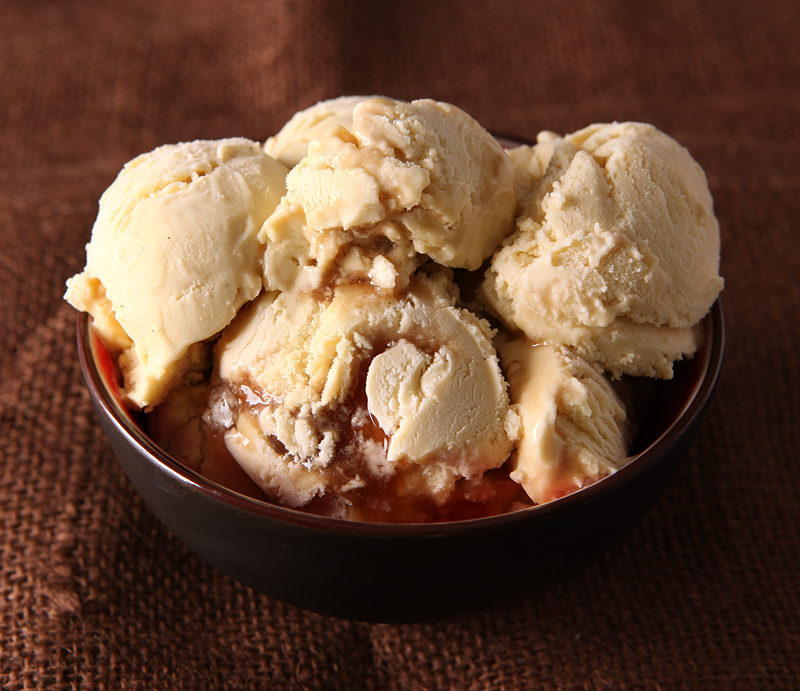 I didn't want to stop there, though.  I'm always reminded of cream soda when reading the parts of the books where butterbeer is mentioned, but I knew that adding the soda directly may add an unpleasant icy texture.  Instead, I cooked down a few bottles of cream soda into a thick, sweet syrup, and layered it with the churned ice cream for a swirled effect.

Finally, there's questions as to whether or not butterbeer is actually alcoholic (since it's readily consumed by kids in the books), but the stories make reference to people and house elves being under the influence of the drink, so in my mind, it does have at least a slight alcohol content.  For that reason, I chose to add a couple tablespoons of dark rum to the ice cream base.  This not only has the effect of keeping the ice cream soft, but also adds just enough of a boozy flavor that enhances the butterscotch and cream soda.

It's quite tasty, if I do say so myself, but if you think that you won't like the flavor of the added alcohol, you can absolutely reduce the amount that I used or leave it out entirely (you could replace it with a little rum-flavored extract instead) 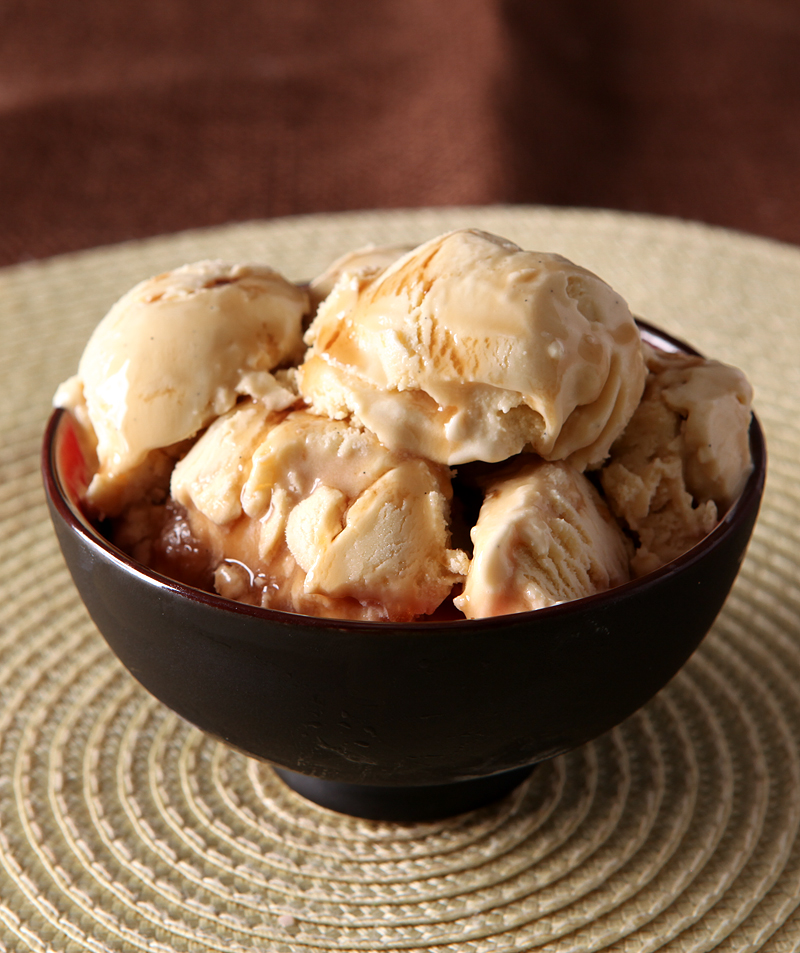 Save this recipe for later!  Hover your mouse over the Pinterest-ready image below and click the button that pops up.

If you love Harry Potter recipes, try this one too! 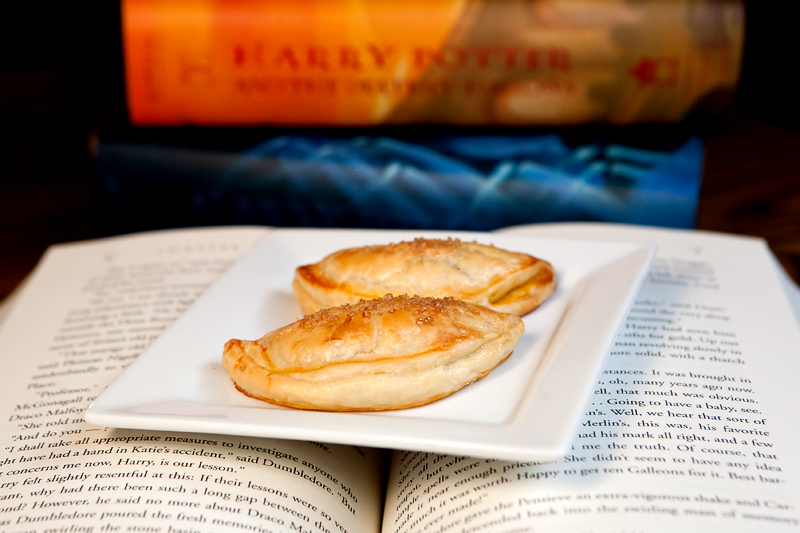