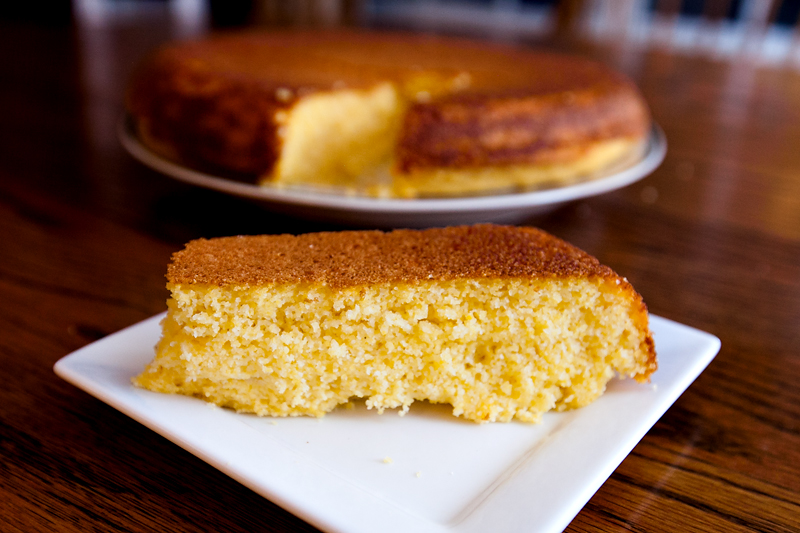 Everyone needs a good recipe for cornbread in their arsenal.  I first posted this recipe two years ago (wow, it was two years ago exactly, how weird is that?) as a last minute addition, hence the iPhone photo on the first post.  I shared that photo on Twitter and was immediately covered in requests to post the recipe, because everyone loves a good method for making cornbread!

So anyway, over the years, though the original recipe from my mom is good (she prefers white cornmeal), I felt like I needed to make some minor tweaks to the recipe to make the texture even better.  First, I added an extra quarter cup of buttermilk.  Then, I reduced the baking time by nearly 8 minutes, as I felt the original recommendation was resulting in cornbread that was just a touch overdone.  Bake times will vary based on your own oven, though, so always begin checking your cornbread before the recommended bake time and then make a note on your recipe for what worked best for you!

The last thing I did was teach myself to be a little more patient with letting the bread rest in the pan before turning it out onto a plate, and then covering with foil and letting it rest again before cutting and serving.  This helped the bread  hold together nicely and made it soooo moist... try it!