It's the 8th day of #blogtober!  I will be putting up new content every day this month as well as hosting a giveaway at the beginning of each week!  Have you seen this week's giveaway?  Click here to get the details and enter to win an LED lighted maple leaf garland for your home!

During the late 1920's and early 1930's when funds were tight and food was expensive, families had to get a little creative and a lot more frugal when it came to making meals to feed their families.  Many of those recipes have continued to be passed down to current generations, and here's a list of the few of the more prolific meals that were made during that time.  Have you tried any of these? 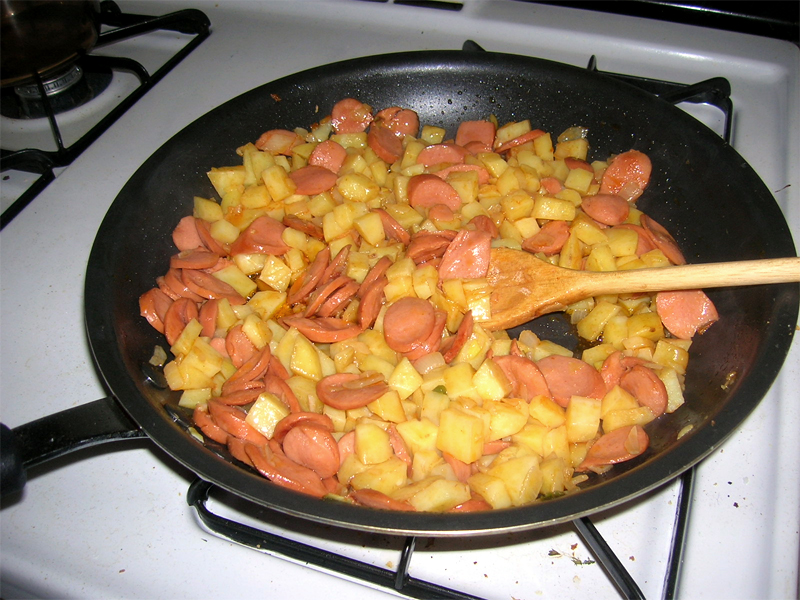 Image and recipe link from The Baltimore Snacker

Hey, if we had fallen on hard times, I'd feel totally fine feeding this simple dish to my family.  Onions and potatoes get cooked together and mixed with chopped up hot dogs.  Nothin' wrong with that.  You've got the fat from the cooking oil, the protein in the hot dogs, and the carbs in the potatoes - the gang's all here. 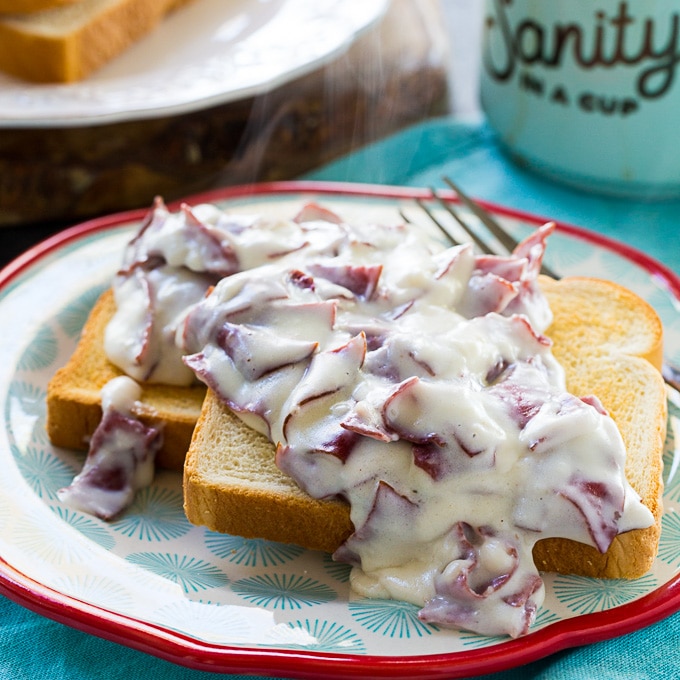 Though my parents are too young to have lived during the Depression, my mom used to make this all the time when I was a kid.  And I hated it.  As an adult I can see the appeal and I'd like to give it another goal, but there was just something about the texture and the combo of the gravy and the dried beef that just didn't sit well with the kid version of myself.

Did you know you can make a loaf of bread using as little as 3 simple ingredients?  I can imagine Depression-era families would spend lots of time in the kitchen preparing many loaves of this basic staple to last the week. 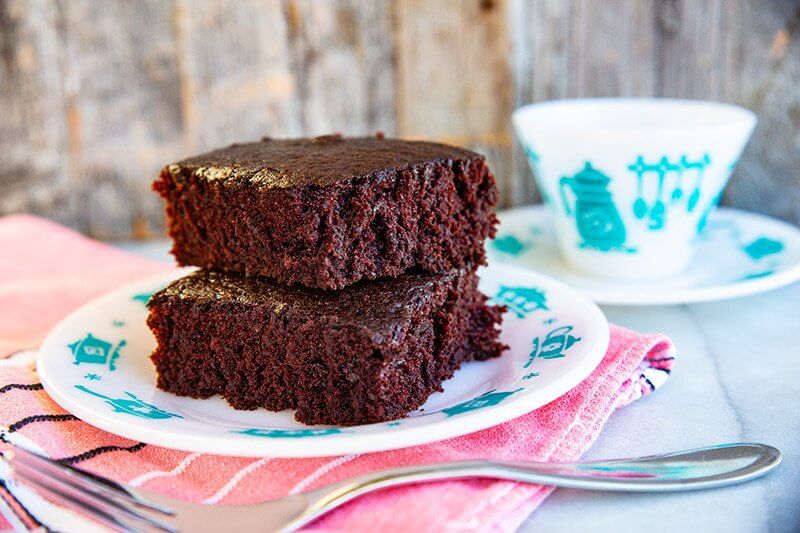 Image and recipe by The Kitchen Magpie

Also known as Crazy Cake or Wacky Cake, this recipe is still popular today because of its sheer simplicity.  The lack of eggs, milk, and butter is what makes this cake so unique, as such items were in short supply during the Depression.  Some recipes call for lemon juice instead of vanilla extract, if it wasn't available. 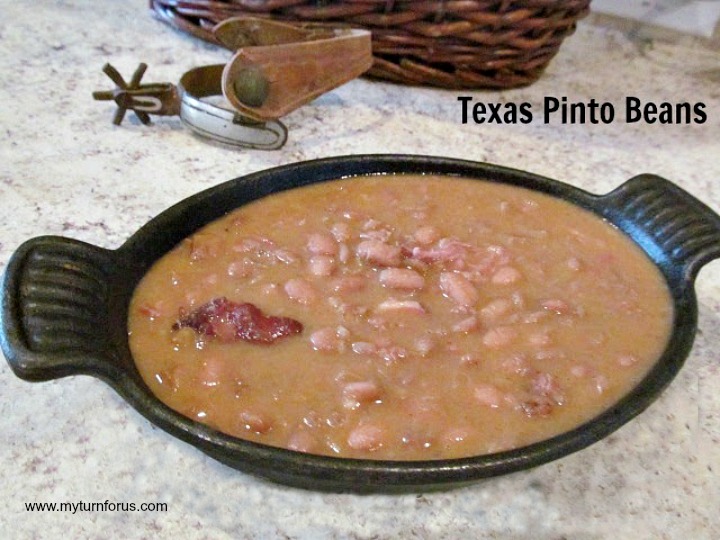 Image and recipe by My Turn For Us

I totally still make this recipe (though I use salt pork) on the regular, and it's amazing.  I just made it this past weekend with a big ole cast iron skillet of cornbread, in fact!  It's easy, inexpensive, and I can see why it was a popular dinner choice when funds were tight. 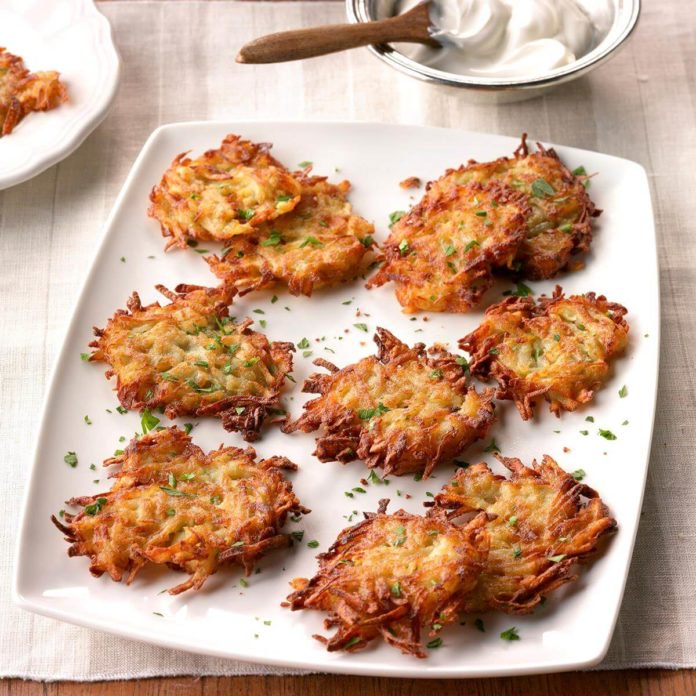 Image and recipe from Taste of Home

Potatoes are cheap and easy to store, so it's no surprise they showed up on menu home meal plans during the Depression.  This recipe jazzes them up a little bit. 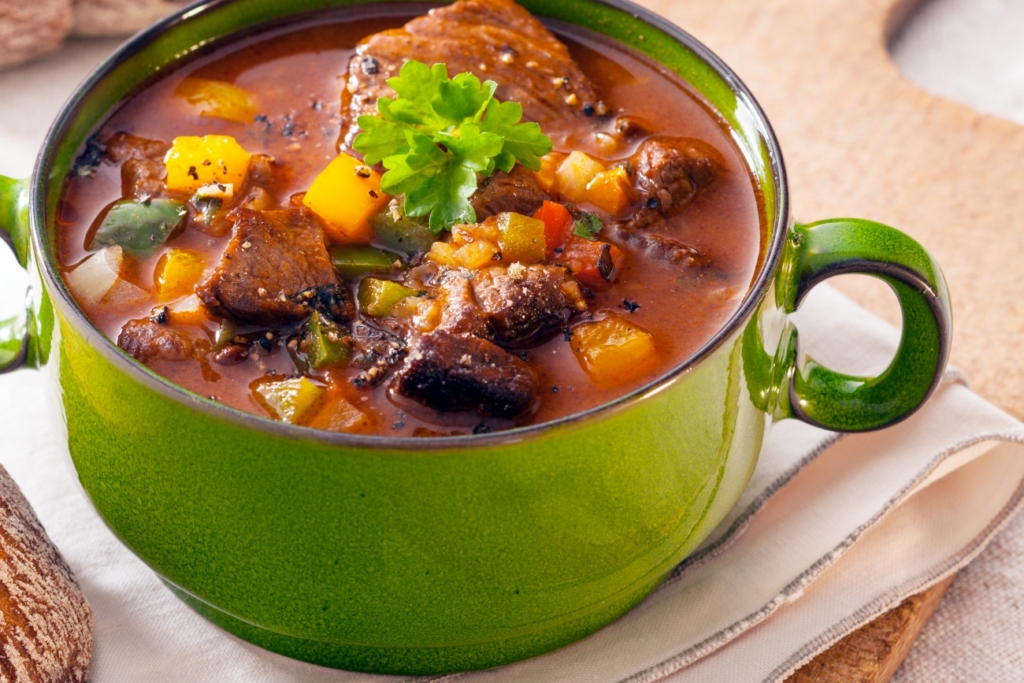 Image and recipe by 12 Tomatoes

This is the classic whatever-is-in-the-fridge-and-pantry stew.  While 12 Tomatoes has refined it to an actual recipe you can follow, the stew whipped up during The Depression contained literally whatever was available - vegetables, any kind of meat, onions or other spices, etc.

If you liked this, don't forget to pin this post or share with your friends, please and thank you!! 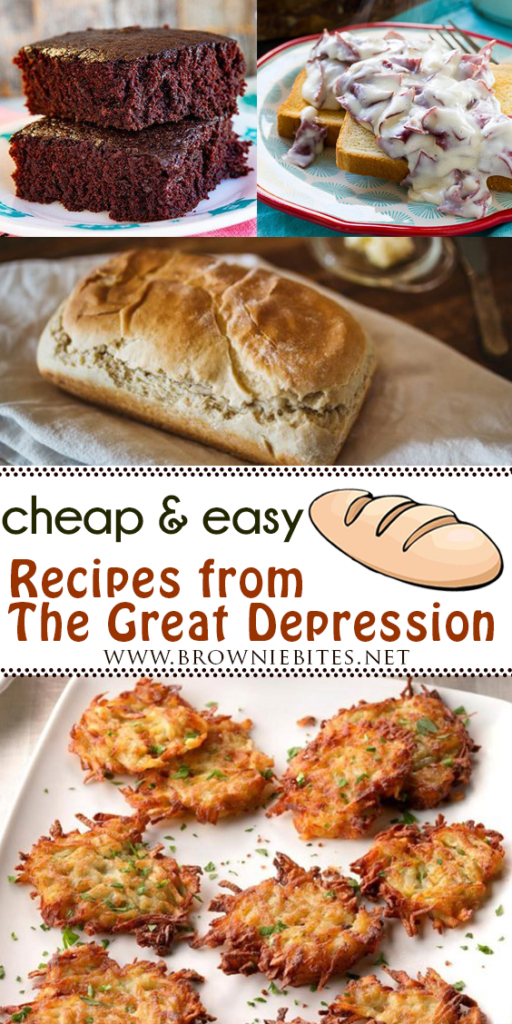