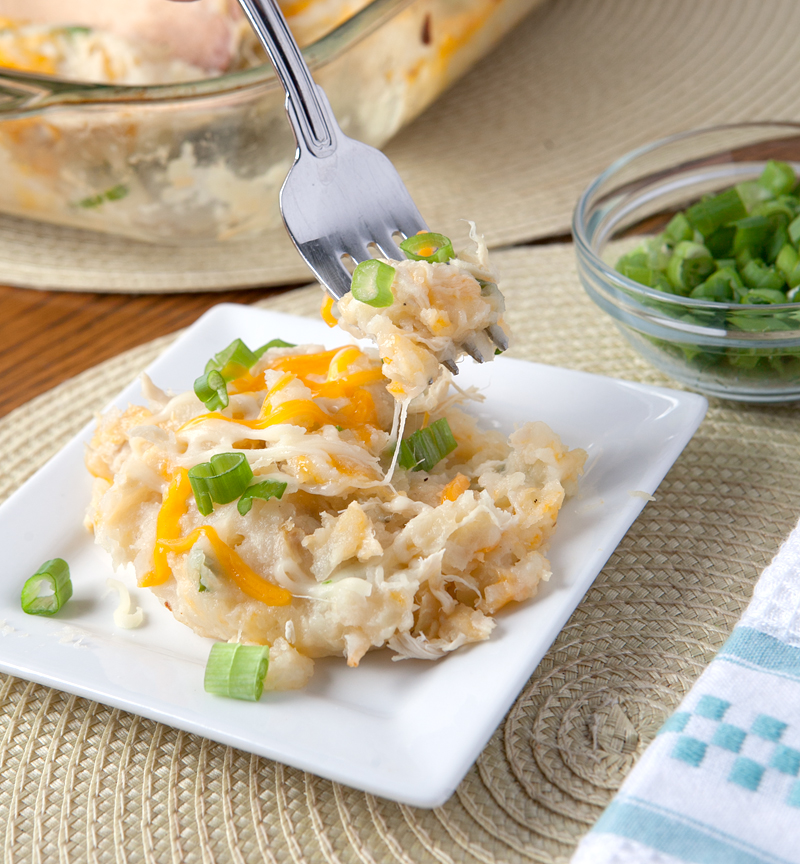 You can't beat the convenience of a good casserole.  They're fast, they're tasty, and they can make a lot of food all at once.  I'd been shying away from most casseroles recently because so many of the recipes called for adding a can of gloopy condensed soup.  But then I discovered this perfect substitute that you can whip up while the other ingredients are being prepared, and it works exactly the same as using a can of soup, but less artificial! 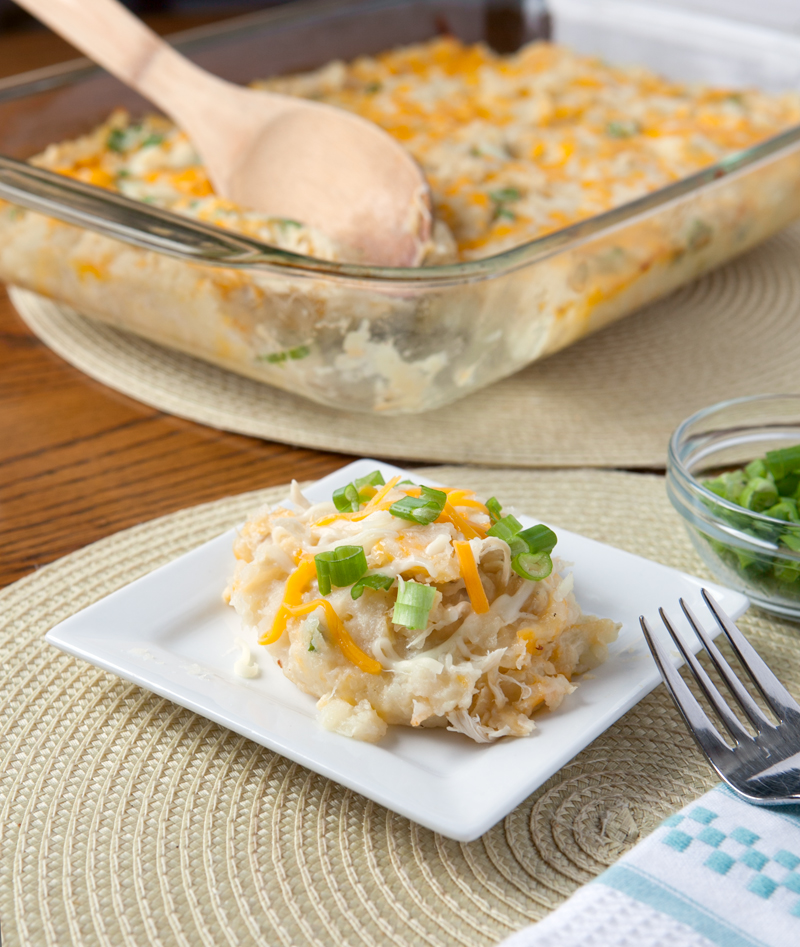 This cheesy chicken and potato casserole is a comforting mixture of flavors.  There's just the right amount of green onion to add a little zip to the flavor but not so much that it overwhelms, making this a suitable dinner for even picky eaters. 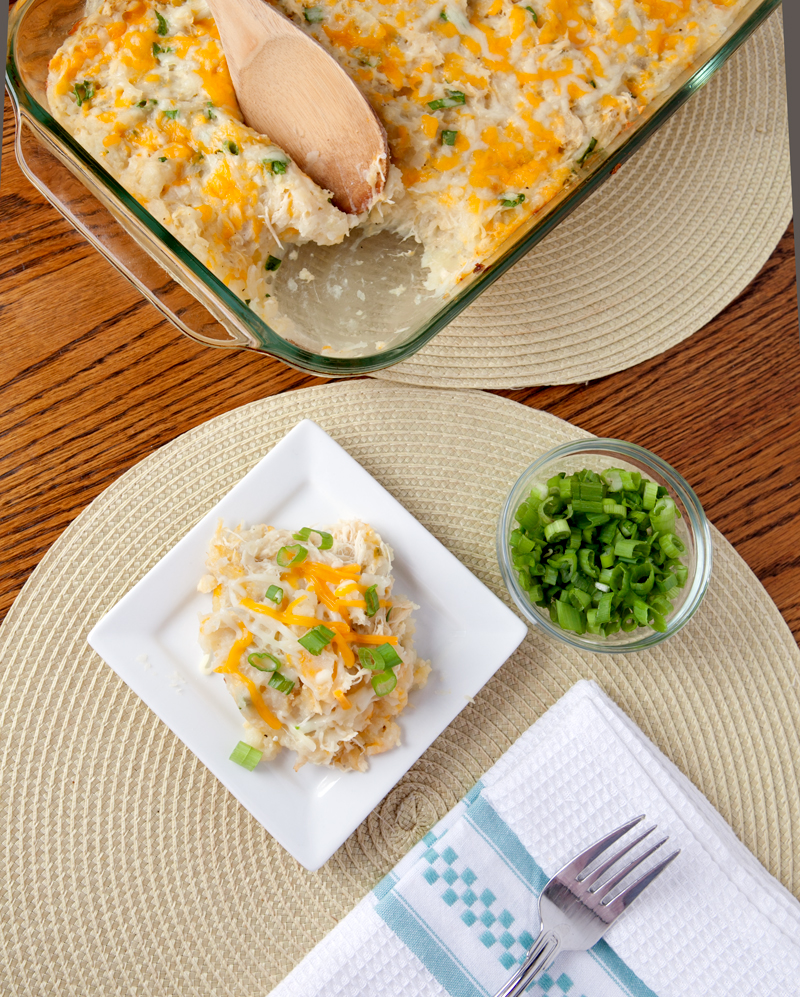 We've had to alter our meal plans slightly now that we have a little one to feed, but he's surprisingly open minded and has only stinky-faced a few things that we've tried to put in front of him.  He gobbled up a whole plate of this casserole and even pointed frantically at the dish to ask for more! 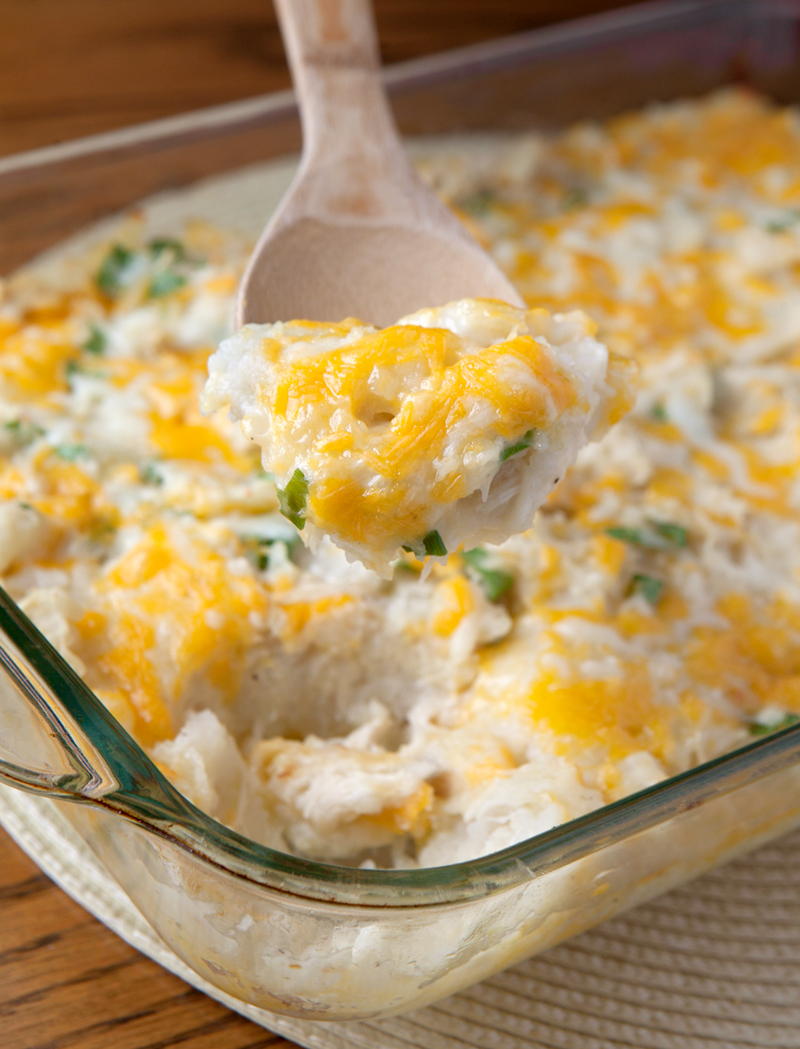 This casserole does just fine on its own as a main dish, but it would be great paired with a salad, green veggie of some kind, or even some roasted carrots. 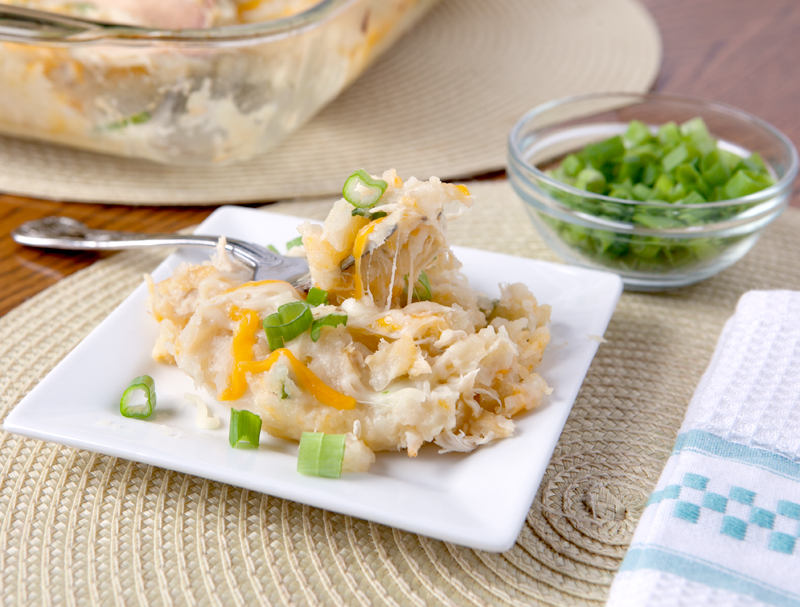