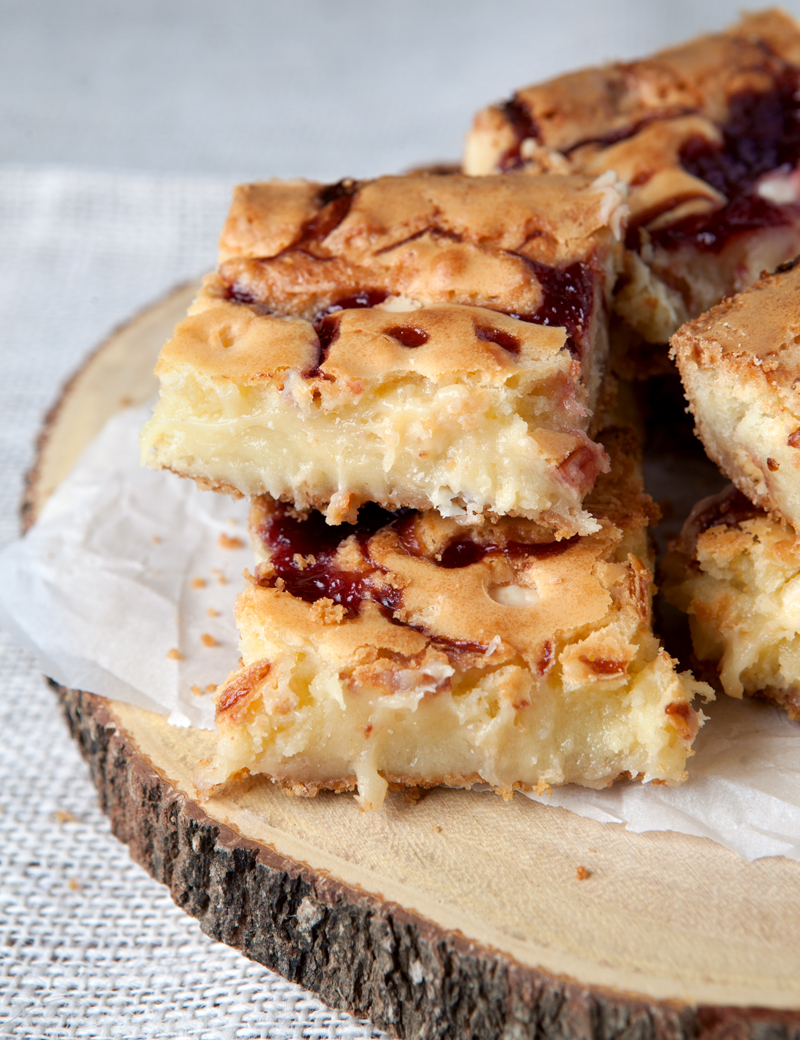 White chocolate with raspberry are killer as a pair, and I was in the mood for some soft, gooey blondies that incorporated both of those flavors. 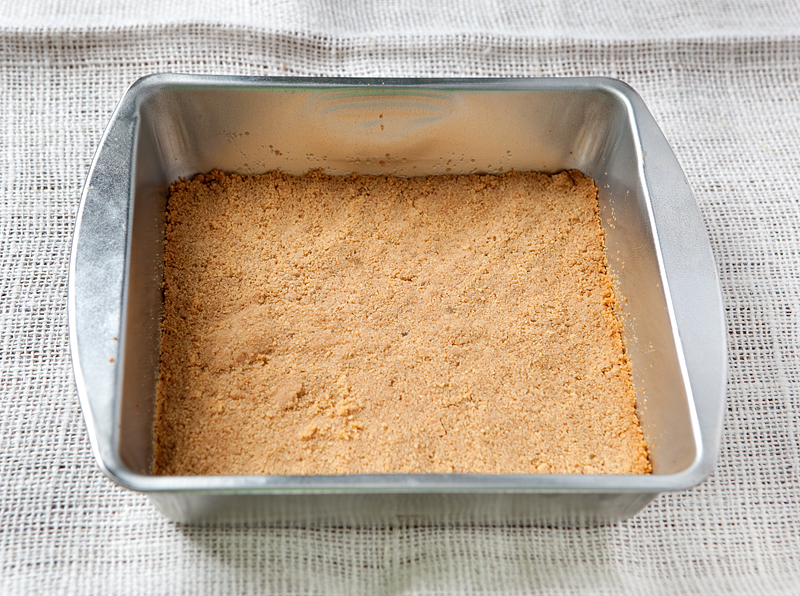 Knowing that I wanted these suckers to remain soft on the inside, I chose to start with a baked graham cracker crust on the bottom to offer some structure and allow them to be cut into cleaner slices. 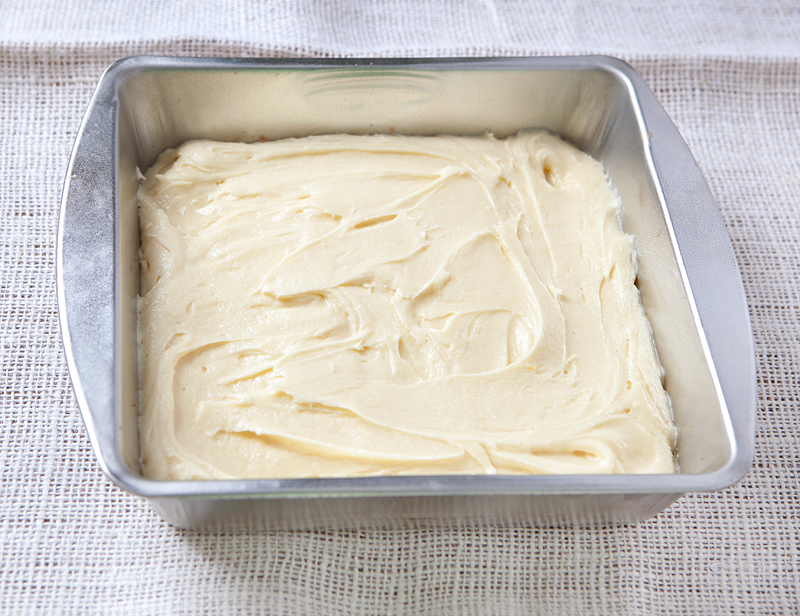 Next comes the blondie batter which has melted white chocolate incorporated into the whole thing.  Yummy. 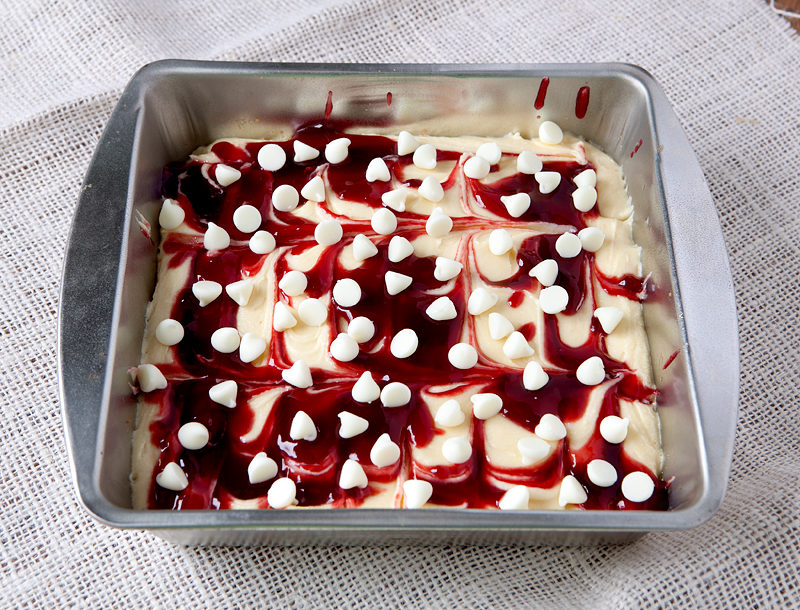 Before going into the oven, seedless raspberry jam is swirled on top and then the whole thing is sprinkled with additional white chocolate chips, because why not? 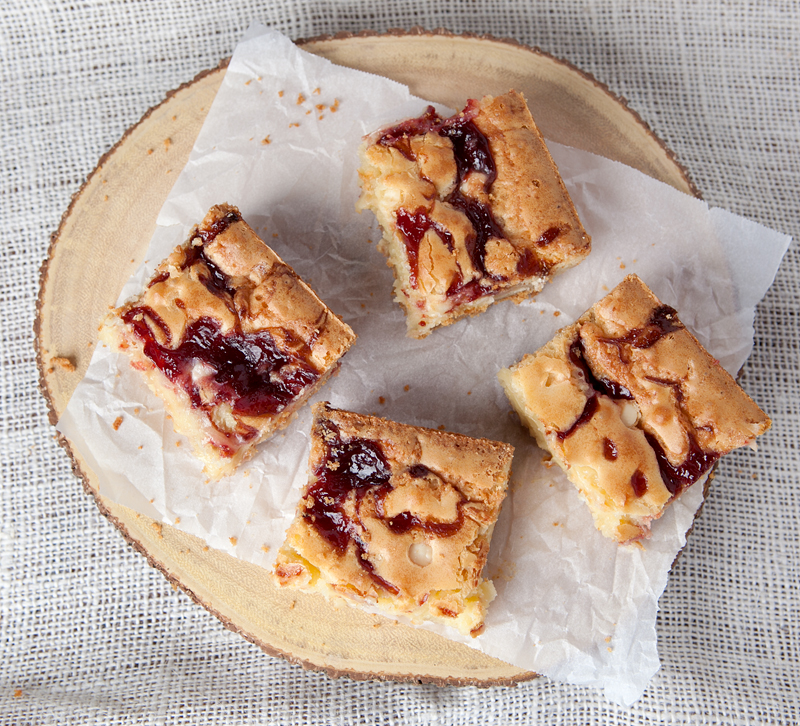 The bars are baked in such as way that causes the edges and top to become a pretty golden brown with a slight crunch to the crust. 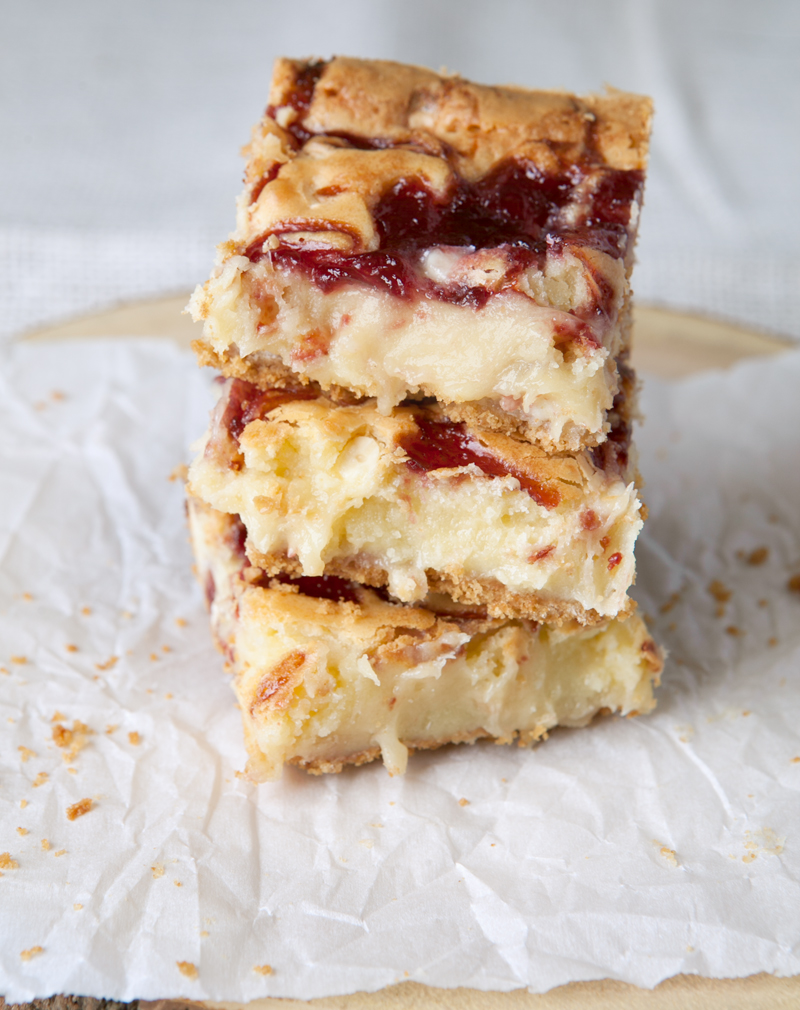 The insides, however, stay sooo soft and gooey, just sturdy enough to be able to cut them apart once they have been completely cooled (or chilled in the fridge). 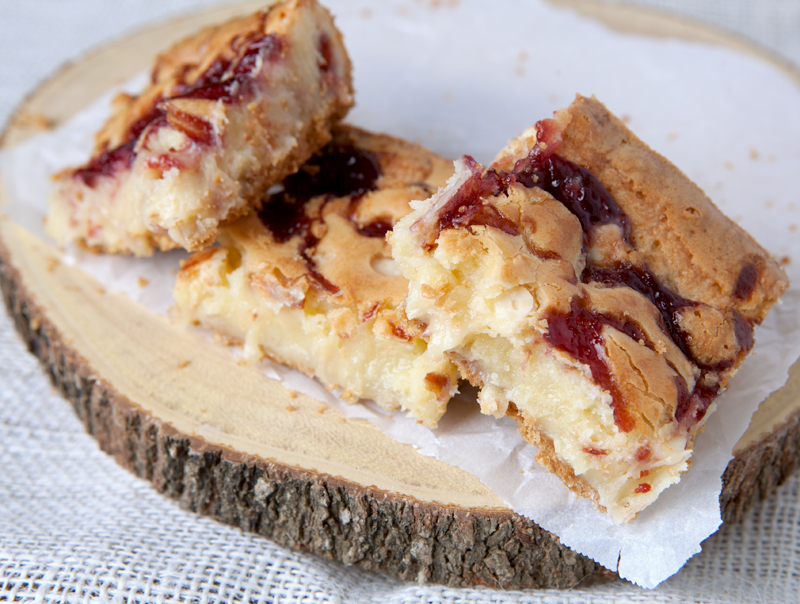 I tested these out on my parents (my dad is a pretty picky eater) and they LOVED them! 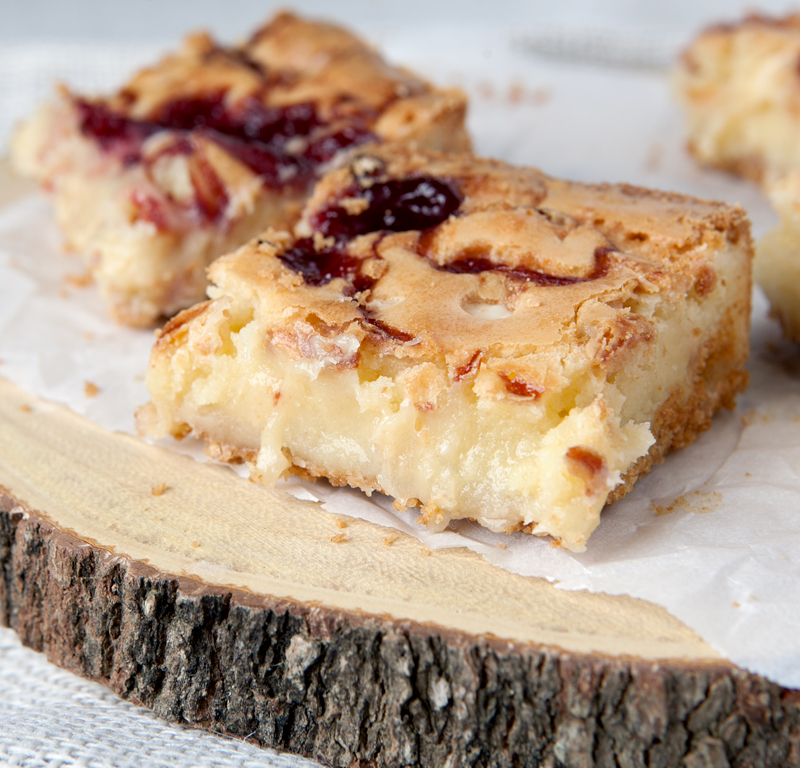