Things are looking a little different around here, huh?  I just installed a brand new template!  What do you think? Can you believe this is the first face lift that my blog has had in five years?  It was time.  It was past time.  I'm still working on tweaking several things, so please pardon my dust if things look a bit wonky or off over the next week or so.  I'm workin' on it! 🙂

There's something else I wanted to ask you guys about, my loyal blog readers, and get some opinions.  When I first started blogging way back in 2006 (time flies!) I treated it as more of a personal journal of day-to-day happenings.  Over time it evolved to a more or less "structured" lifestyle blog.  I became pickier about making sure the photos looked beautiful, that each post had a specific purpose, and that everything fit neatly into its own little category.  I posted less about daily life because I found that those posts were a random jumble of thoughts and ramblings and didn't fit into these neat little structured areas.  Also, it was too much pressure to produce quality images for each of those posts.

But since casual journaling is part of what makes blogging fun to me, I'm tinkering with the idea of inserting those types of posts back into regular rotation here at Brownie Bites.  Nothing else will change - you can still expect posts with high quality images of our recipes, food reviews, and travel journals, but mixed in will be more casual posts of personal happenings.  There will still be photos in these "Dailies" posts, but they will be primarily from my iPhone since that's what I carry with me all the time.  I even thought I would "mark" the photos taken with my phone by processing them to have rounded corners.  Full confession, it's really hard for me to put up posts full of cell phone photos since I'm so picky about taking higher quality pictures to use here and that was my major barrier to writing more casual posts.   There won't be a Dailies post every day (I don't want to bore you!), but they'll pop up here and there... maybe once or twice a week?  Maybe more?  Maybe less?  Who knows!  But please leave me a comment and let me know what you think.

So now... *trumpets* time for my first Dailies post! 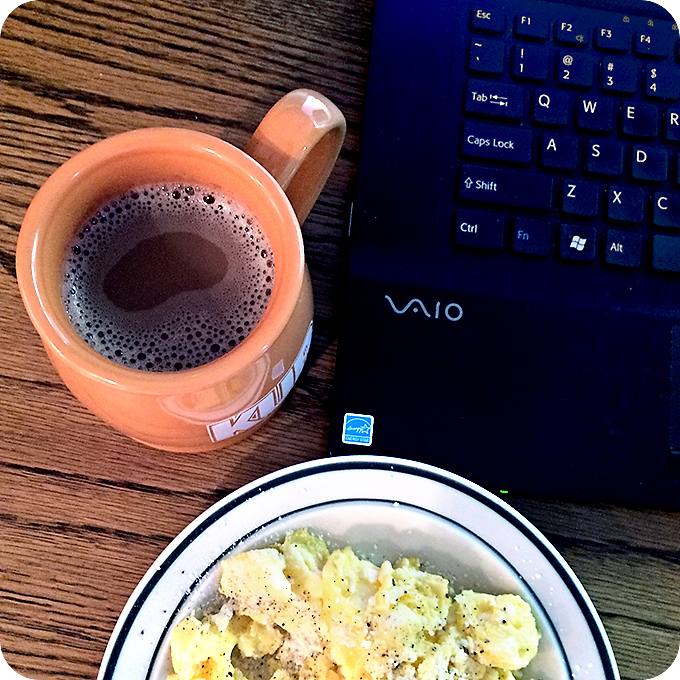 My favorite time of day is first thing in the morning.  I've always been a morning person.  Starting my day is a bit different now that I have a baby and it took several months to work out my new routine that included Jasper as a constant.  I love my time sitting in the kitchen and sipping coffee, and eating breakfast while checking emails on my laptop.  Some mornings I even manage to wake up before the baby and those few peaceful moments alone are just what I need to charge myself up for a day of mommy duties. 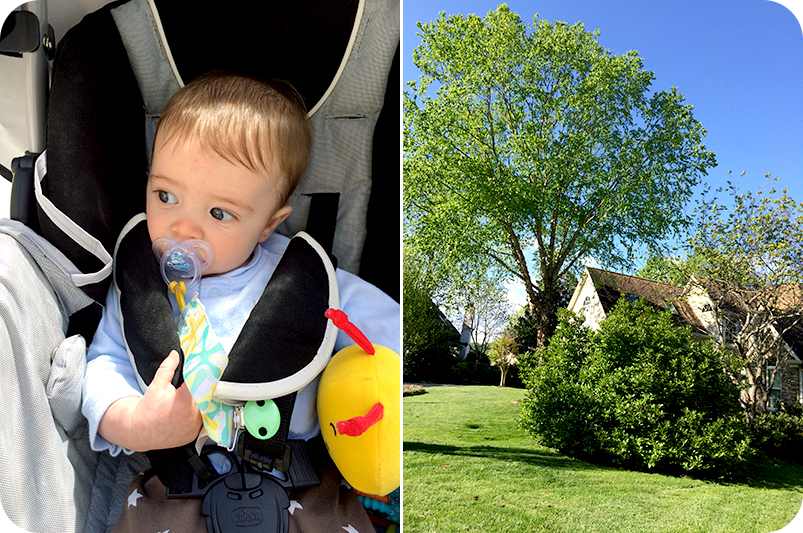 Now that the temperature has warmed up for good, I try to go on a mid-morning walk with Jasper when the weather is nice.  He loves being outside, cruising down the street in his stroller as he watches the world go by.  Sometimes I'll fire up a Disney soundtrack and put my iPhone next to him so he can listen, because if there's anything that can soothe this super fussy little guy, it's music. 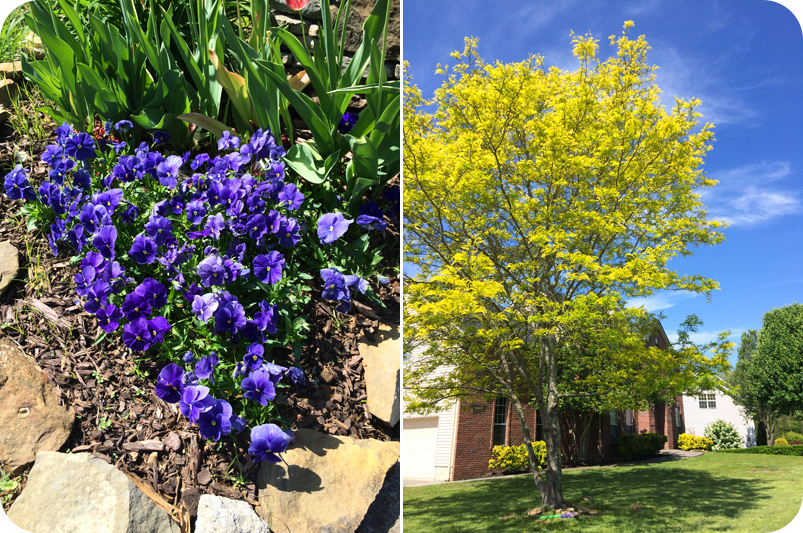 The blooms on the flowering trees are already gone but I like admiring our neighbors' flowers.  I'm so not a gardening person and I kill every form of plant life I've ever tried to keep alive, so I'll leave that to those who have greener thumbs than I do! 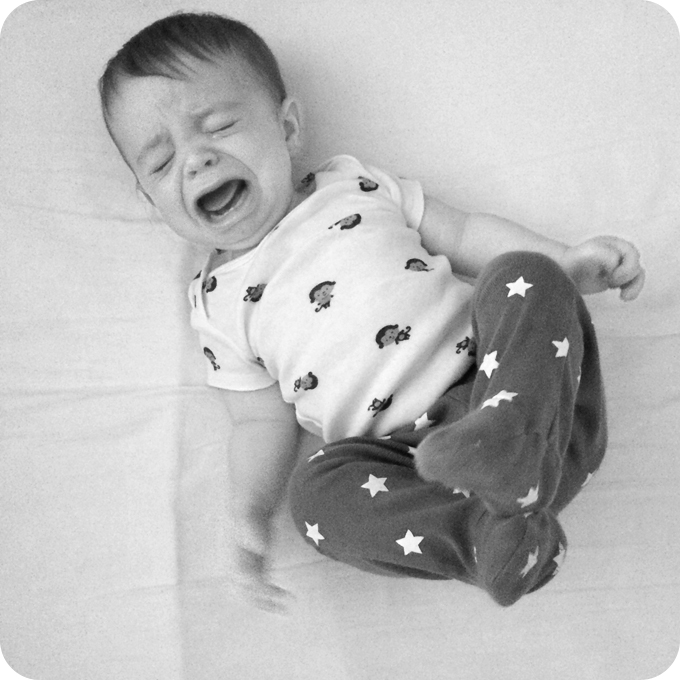 It's usually time for Jasper's nap when we get back from our walk, but sometimes he has other ideas.  Sometimes the walk is even cut short if he can't get settled.  He's a super fussy guy and even though we've received multiple assurances from our pediatrician that he's totally healthy and just "a spirited little man", we still find ourselves flailing around trying to find an explanation for his frequent and prolonged scream fests.  He keeps us guessing, for sure! 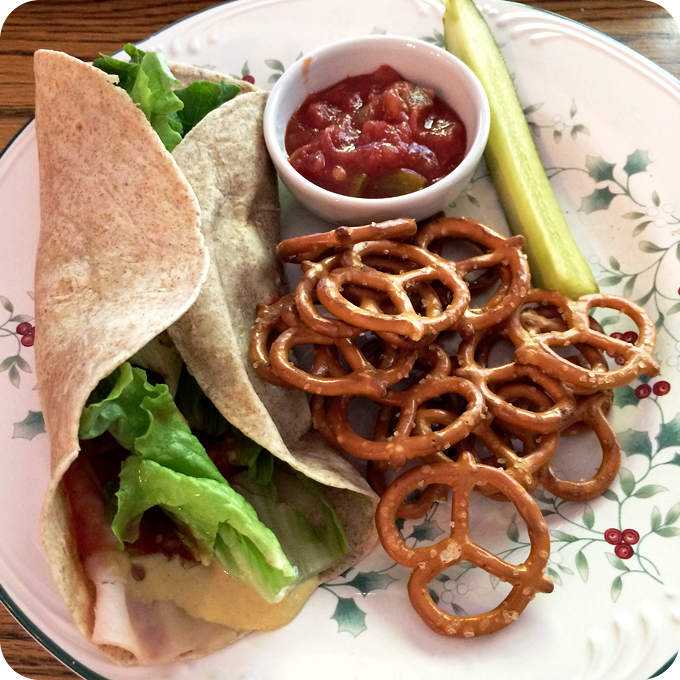 When he finally goes down for his nap I make a mad dash for the kitchen to shove some lunch in my face.  I might have 20 minutes to eat or he might stay asleep for 2+ hours.  I just never know!  There's that guessing thing again, I suppose! 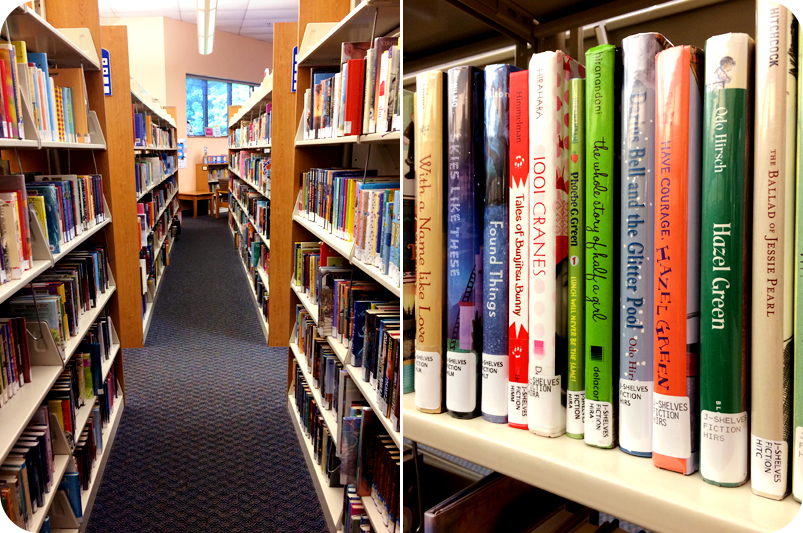 This week we went to a baby storytime at our local library branch.  They happen every week and are scheduled according to age group.  Although there is no minimum age for the youngest group, I wanted to wait until Jasper was 6 months old so that he could be a more active participant.  When I got to the library I was so surprised by the size of the group!  The library branch closest to my house is pretty small and I was expecting a handful of people at least, but there was a great crowd babies and young toddlers. 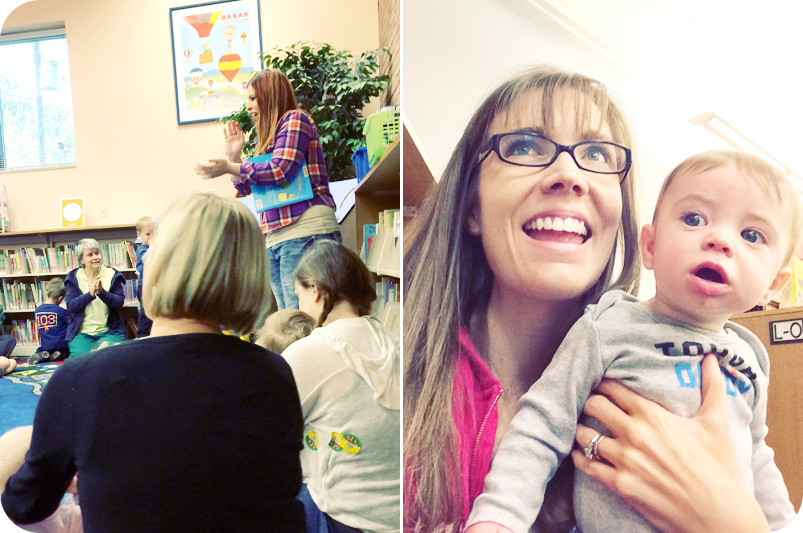 I grabbed a seat on the floor just in time for the storyteller to come around with a silly hand puppet and use funny voices to greet each child.  Jasper gave her a big ole dimpled grin when it was his turn.  The program consisted of a half hour of stories and songs with lots of dancing and hand motions.  The storyteller moved quickly through each song and story to cater to the very short attention spans of the youngins in attendance.  Jasper was completely entranced by all of the dancing toddlers and the music.  He was smiling, cooing, and making excited sounds while waving his arms frantically.

I was choking back tears seeing him enjoy himself so much.  Yeah, I'm that mom who cries in the library during a rousing rendition of "If You're Happy and You Know It".  I'm okay with that fact. 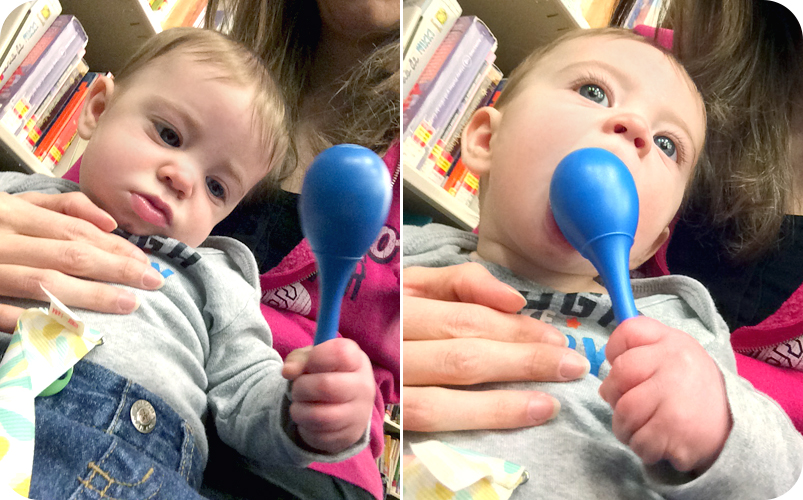 Toward the end of the program little rattles were passed out so the kids could shake them during a final couple of songs.  Jasper wasn't too sure what to do with it at first, but after I showed him the sound it makes, he started using what little coordination he has to frantically shake the rattle and ended up bonking himself right in the forehead (don't worry, he thought it was funny).  Most of the time though he was content to shove it in his mouth while watching the other kids shake, rattle, and roll. (My inner germophobe was cringing and I attempted to put his pacifier in his mouth instead, but nope, that was one tasty rattle!)

I wasn't sure what to expect for my first baby storytime but I was completely impressed.  We'll be going back as often as we can! 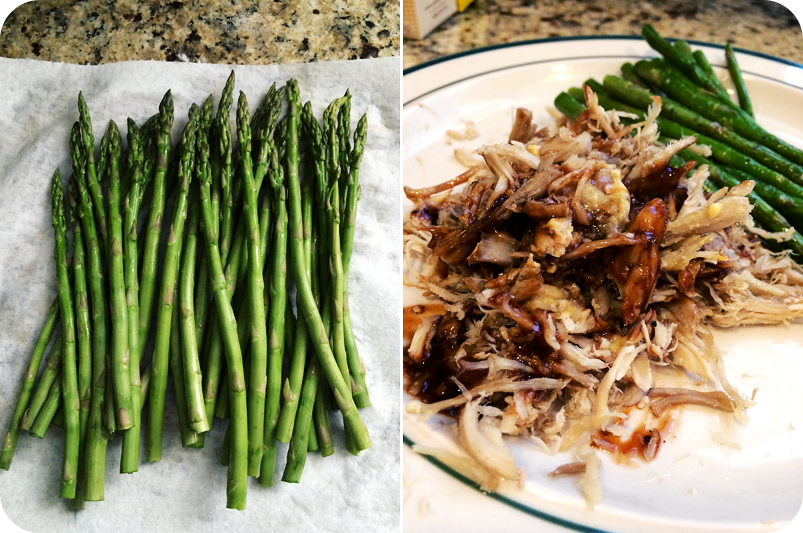 Weekday dinners are usually kept fast and simple, and this week we had several days of fresh roasted asparagus with pulled pork mixed with a little dijon and barbecue.  Not very exciting, but tasty, fast, and not too terribly unhealthy.  The weather is going to be pretty yucky this weekend, so we're looking at a couple of days of hanging around the house.  That's okay with me! 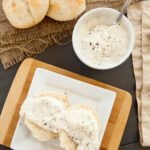