Perfect easy sour cream pound cake has a moist, tight crumb and gets its incredible flavor and texture from the addition of sour cream to the batter. 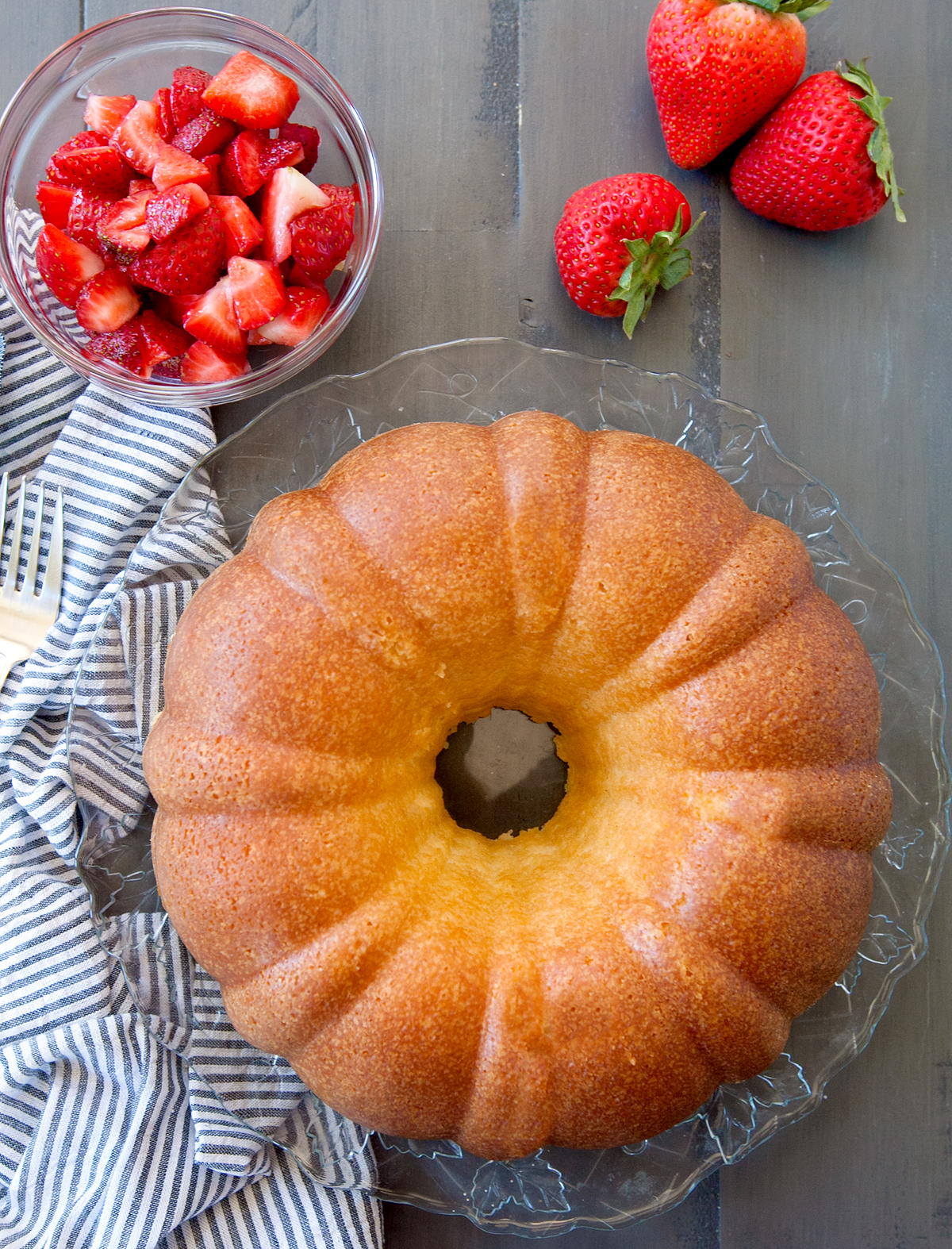 This Is The BEST Pound Cake!

I've been eating this same sour cream pound cake since I was a little girl, and there's several reasons this recipe has stuck around in my family for so long: It's tender, it's moist, it's perfectly dense in the way a pound cake should be - not too heavy.  The sour cream is the secret to both the cake's fantastic texture as well as some extra tang to the flavor.

Serve this cake with fresh berries and whipped cream on a warm spring or summer afternoon.  You'll want to make it again and again.

This is a simple and easy sour cream pound cake to make, but there are a few things to keep in mind to make sure your cake turns out perfectly. 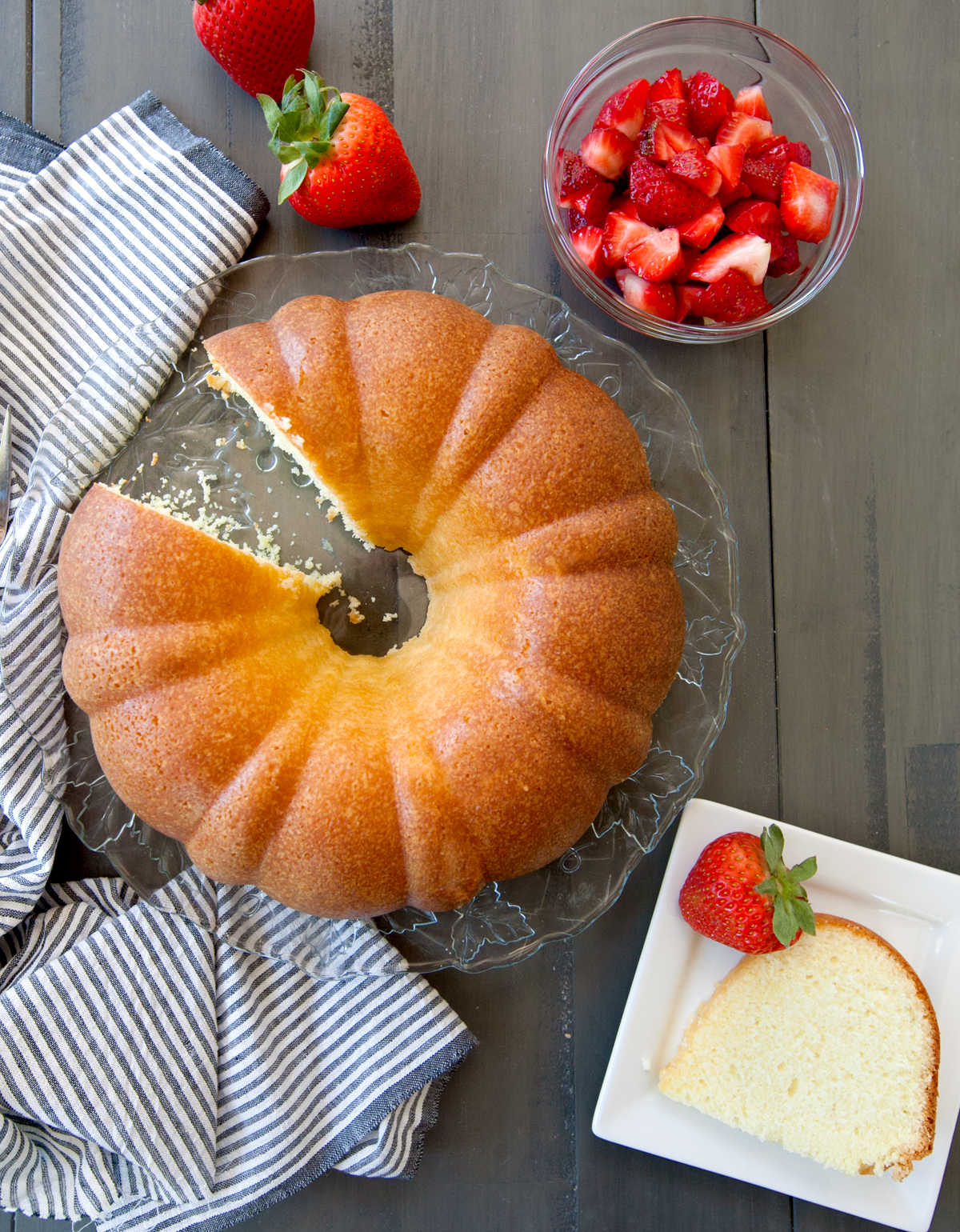 Why Are They Called Pound Cakes?

Originally, pound cakes got their name from the fact that the recipe called for using a pound each of flour, butter, sugar, and eggs.  No leavening agents such as baking soda or baking powder were added to the batter.  Now, however, the basic idea behind the original pound cake remains intact while altering and adding to the original ingredient list to create many delicious variations on the denser traditional version.

Can I Bake A Pound Cake Without A Bundt Pan?

This recipe is ideal for a standard 10-inch bundt pan.If you don't have a bundt pan, you can divide the batter into two standard loaf pans.  You can also make this cake in a tube pan, traditionally used for making angel food cakes. 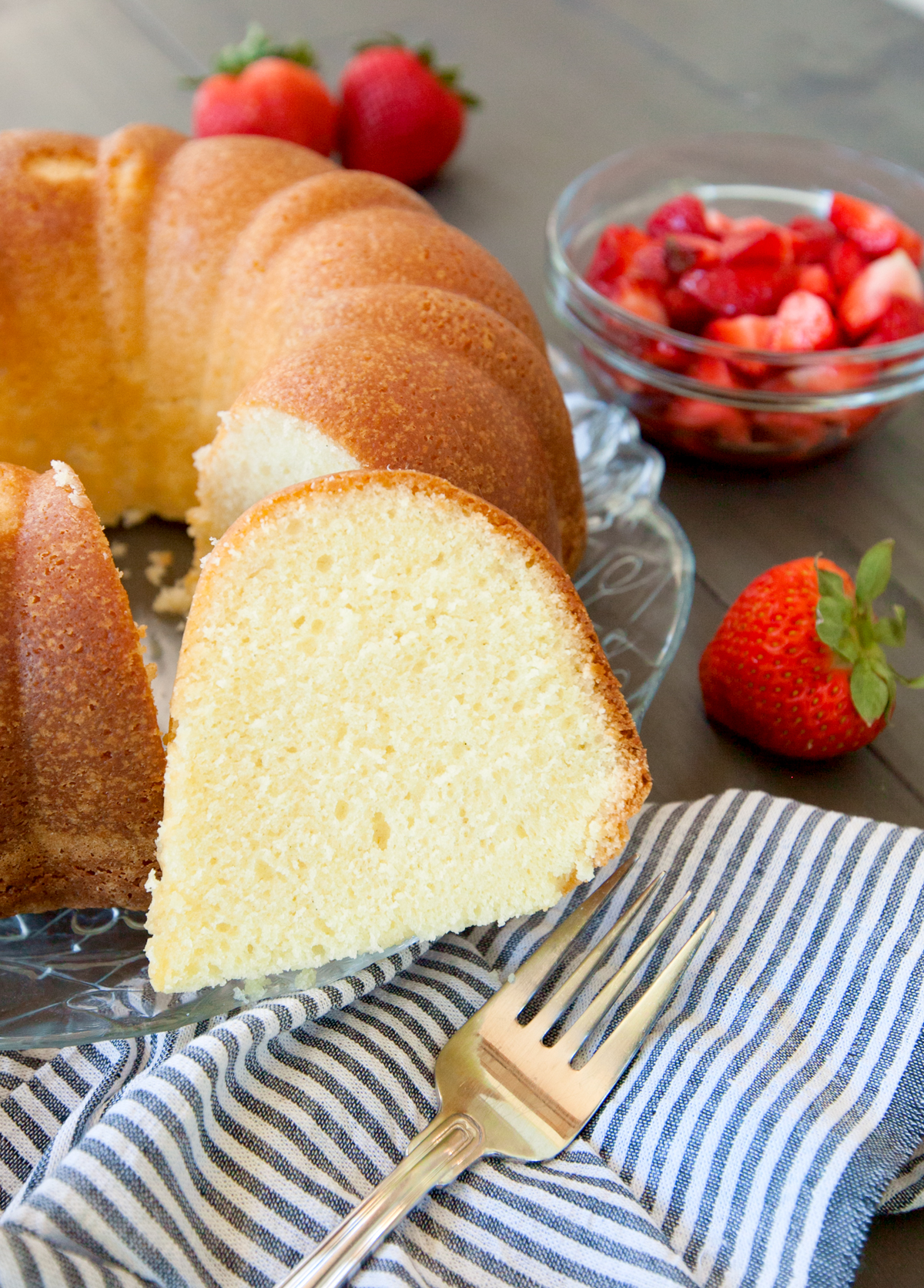 Do I Use Salted or Unsalted Butter?

Either one!  If you use salted, reduce the added salt in the recipe to ¼ tsp.

What If I Only Have Vanilla Extract?

Perfect easy sour cream pound cake has a moist, tight crumb and gets its incredible flavor and texture from the addition of sour cream to the batter.

Measure the sifted flour using the spoon and level method, don't dunk the measuring cup into the flour.

You can use salted or unsalted butter.  If salted, reduce the added salt to ½ tsp.

You can use all vanilla extract if you don't have almond.  You can also try lemon or orange extract in place of the almond.

If you don't have a bundt pan, you can make this cake using a tube pan or two standard loaf pans.

Do you love this recipe and want to be able to find it later?  Use the image below to pin to your Pinterest boards, or share with your friends on social media by using the buttons at the top and bottom of this post.  Thank you for visiting my blog! 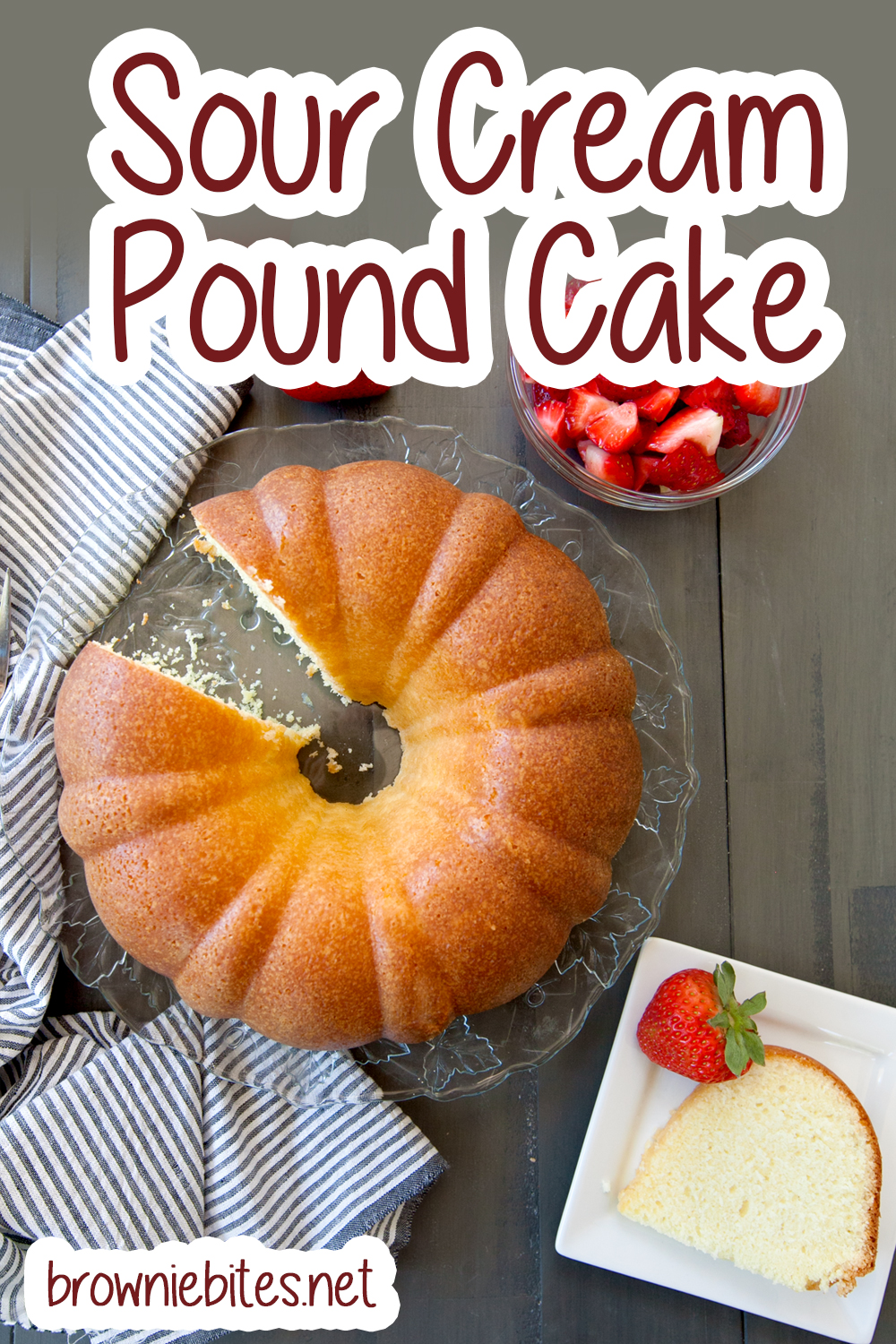