Did you know that raisins and grapes can cause kidney failure in dogs? Yeah, we didn't either.

Our clever little boys unzipped one of our hiking backpacks and procured themselves a ziploc bag full of trail mix. They then proceeded to eat the entire thing.. probably around 2 cups of mix. Dewey brought the empty bag upstairs to my office and dropped it at my feet, and that's how I knew it had even happened. It's like he felt so guilty about it that he presented the evidence himself instead of waiting for me to find it later. He's such a sweet lil' guy.

Other than expecting them to have upset tummies for the rest of the day, I wasn't too concerned. Yeah, the trail mix had some M&Ms in it, but the whole OMG CHOCOLATE CAN KILL YOUR DOG thing is pretty much a myth. A couple of hours later, however, I decided to do some research just in case. The trail mix had cashews, almonds, peanuts, M&M's, and raisins. A quick Google search bombarded me with evidence that raisins and grapes can be extremely toxic to dogs, causing acute renal failure and death within just a few days. Apparently, a relatively small amount of the offending fruit can cause such damage.

I called our vet's office and gave birth to a cow calmly let them know what happened. I estimated that there was half a cup or less of raisins in the bag they had eaten. Also, I had no idea WHICH dog ate it, if they shared it, and if so, how much each of them ate. Whodunnit? Who knew.

As I suspected, it was too late to induce vomiting, so the vet suggested we bring them in as soon as possible for blood & urine tests. Don't you just love those hefty unexpected vet bills? All because of a flippin' bag of $3.99 trail mix. Oh well, we love those dogs more than life itself, so ignoring a potential problem wasn't an option. Off to the vet they went.

Later that night, it was our job to get pee samples from each boy.  I went into the kitchen and saw Matt bringing down two cereal bowls from the cabinet.

Me: Um, what do you think you're doing?

Matt: Getting something to catch the pee with.

Me: You are not going to let the dogs pee in our cereal bowls!

Matt: Why not? A quick rinse and they'll be ready to use again.

I walked over, put the bowls back into the cabinet, and directed Matt to the pantry and the stack of plastic disposable cups that were in there.

So we go outside with Dewey and I take him to his favorite Magnolia tree, certain he'd do the deed in no time.  Matt scrambled behind him, hunched over, holding out the cup and focused on the task at hand.   Dewey sniffed around for a second and then lifted his leg.

Me: There! He's doing it! Dive dive dive!

Matt:  I feel like we're giving him a pregnancy test.  What is it?  Two lines for yes, one for no?

Next, we brought out Dexter.  After a few minutes of wandering around, sniffing every blade of grass in the yard, he assumed the position.. but not to pee.  He was all,  "Yeah, I got your urine sample right here!!"

Matt: Wait..what is.. is that a fruitcake?

We leaned in closer, fully aware of what we must have looked like to the neighbors, and took stock of what we were seeing.  Fully intact almonds, cashews, peanuts, and raisins.  Aha.  So part of the mystery of whodunnit was solved.  On a serious note, that was good news.  Dewey is 12lbs lighter than Dexter, meaning he'd need to ingest fewer raisins to make him sick.  If Dexter shared the trail mix with him, that meant that Dewey didn't get the full load by himself.

We haven't received any bad news from the vet, and the boys never so much as threw up from eating so much.  It's been about 30 hours since they ate the raisins, and the vet wants to do one more round of tests in the next couple of days to make sure their kidney function hasn't changed.

It's a good thing the little numbskulls are cute. 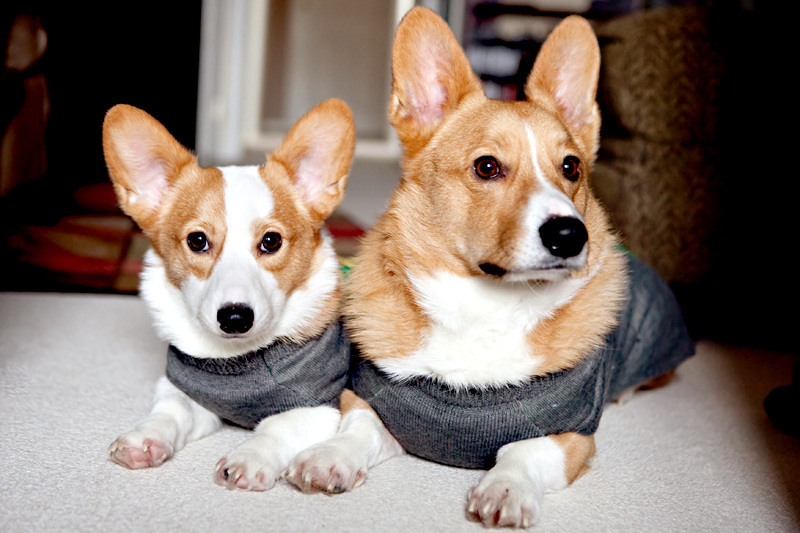