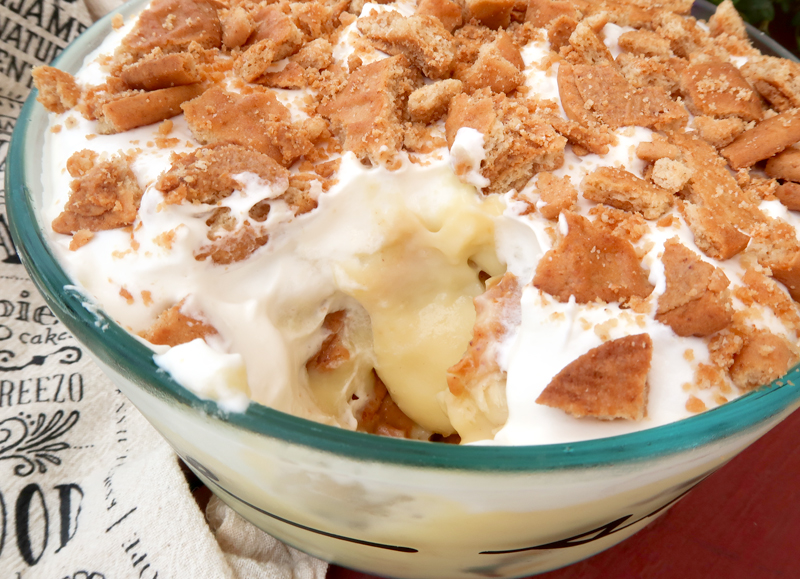 Banana pudding is a classic and universally-loved dessert.  Banana pudding from scratch - not using boxed pudding or Cool Whip - takes it to the next level.

But what escalates it even further?  Peanut butter banana pudding.  From scratch. 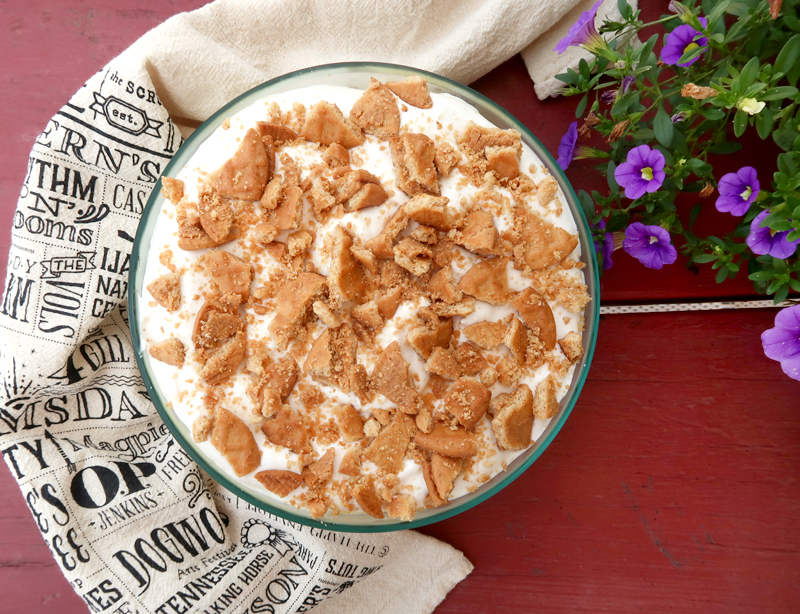 Since we're currently living in an RV, this is my first dish made and photographed at our lil' campsite.  I had to make do without my usual photography set up, so I did what I could with the picnic table outside and a point 'n shoot camera.  It felt good to just do something normal.

My only regret for this recipe is that my GOOOD vanilla is still packed away, so I bought a lil' bottle of store-brand stuff to tide me over.  Yes, I realize how Ina Garten that statement made me sound.  Apologies. 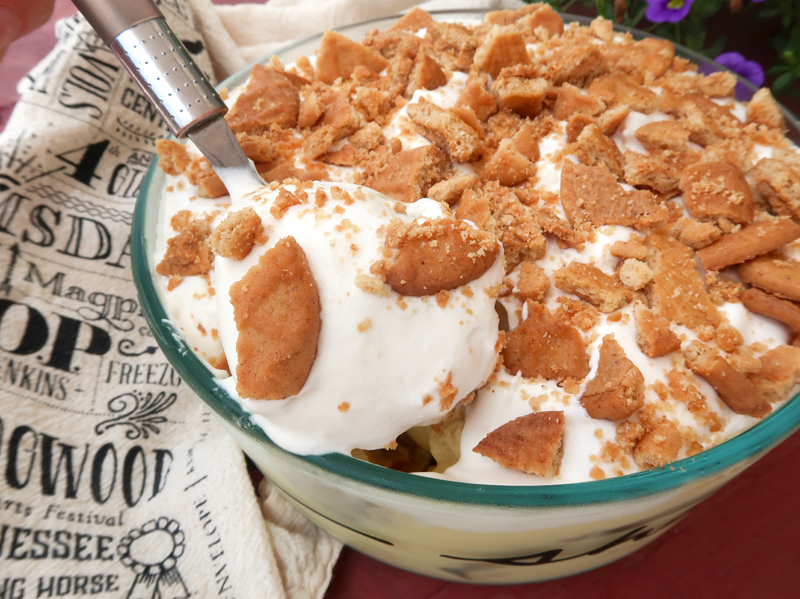 Because peanut butter banana pudding is a great dessert for the hot months, I topped it with a stabilized whipped cream.  Homemade whipped cream will readily wilt and lose its shape - especially in the heat - so using a stabilized version helps it to last longer.  I know some folks like to top their puddings with a meringue instead, and if that's you, go for it!  The leftover egg whites from the pudding would be perfect for it.

Can I make Peanut Butter Banana Pudding In Advance?
If you are planning to serve this pudding in the evening, I recommend making it the morning of so that it can chill for at least 8 hours.  If you are having a brunch gathering, make it the evening prior.  The best option, though, is to prepare and assemble the entire pudding the day before except for the whipped cream, and then make and add that layer closer to serving time.  Doing it that way will allow the flavors in the layers to meld together while also assuring that your whipped cream is fluffy and fresh when you serve it to guests. 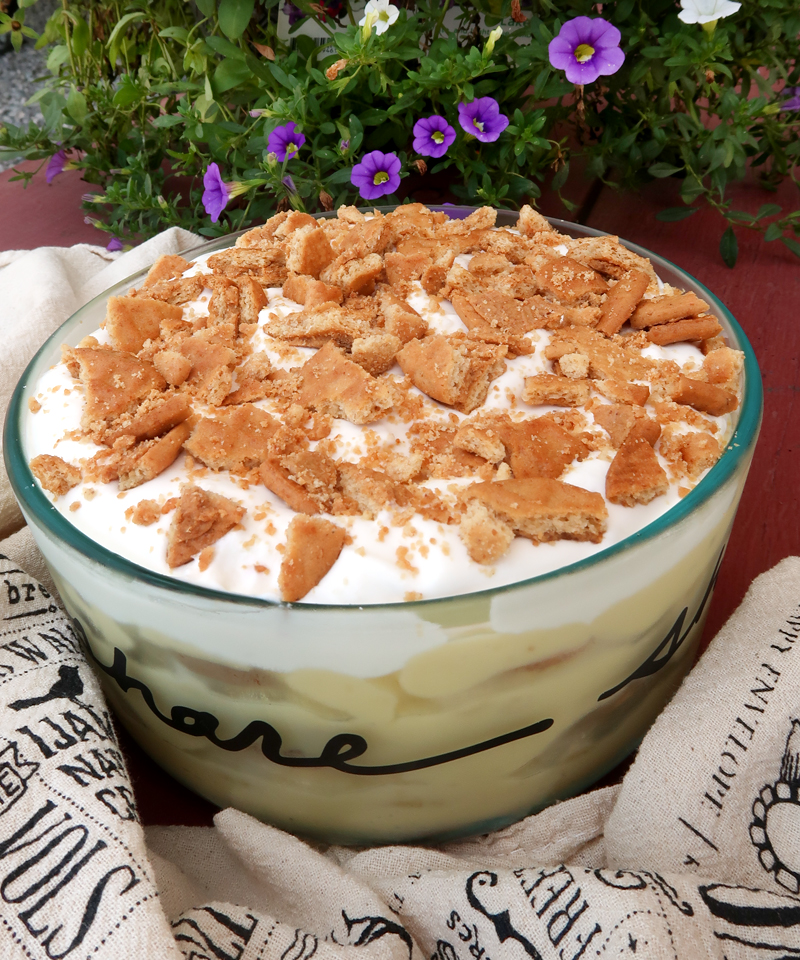 If you love classic banana pudding and if you also love peanut butter and banana sandwiches, then you already know this flavor combo just works! Try it!  Enjoy!

I used 1% milk (it's what I had in my fridge) and the pudding thickened up just fine, but feel free to use milk with a higher fat content for added richness, if you want!

If your peanut butter is too thick to drizzle (I used the thinner natural kind) microwave a small amount of it for a few seconds at a time before drizzling.

Save This Recipe For Later!  Want to be able to easily find this recipe later?  Use the pretty image below to save to your Pinterest boards, or share on social media using the buttons at the top and bottom of this post.  Thanks so much for visiting! 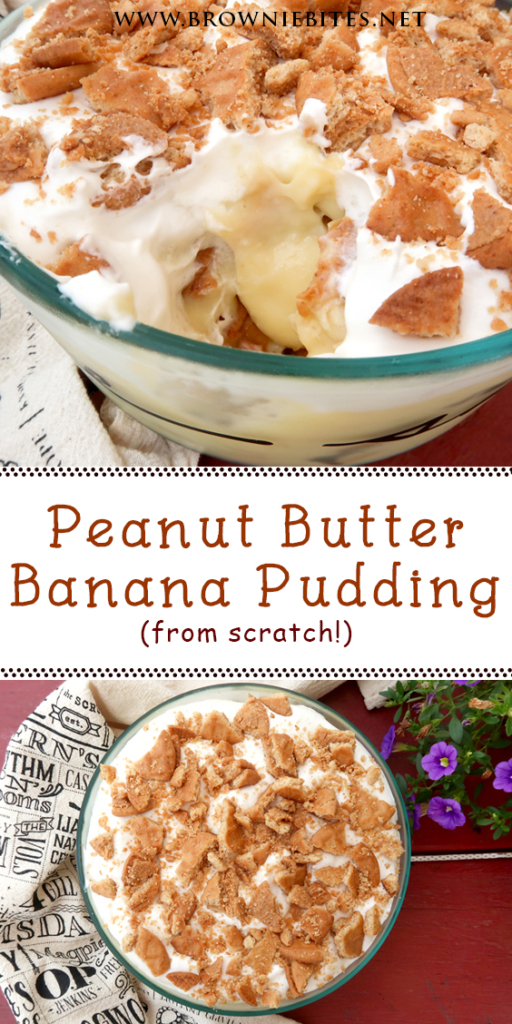 « Dailies | Where The Heck Have I Been?!
Baby Food Quick Bread »