Daily » Reads: How to Be an American Housewife 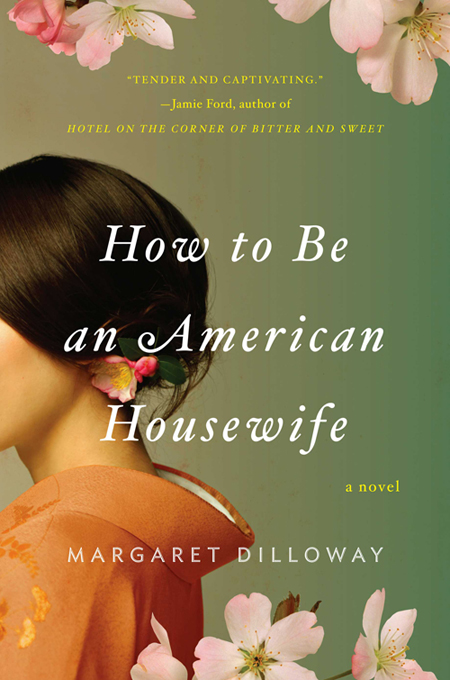 I blew through this novel in 2 evenings.  What a fabulous story!  The book follows the journey of Shoko, a young woman trying to make a life for herself in post-war Japan.   After choosing to marry an American soldier she did not (initially) love to please her parents, Shoko moves to the States to begin a new chapter and her future as an American woman.  Each chapter begins with amusing excerpts from a fictional publication, How to Be an American Housewife, its purpose to teach Japanese women how to properly conduct herself to her husband and children in the 1950's.  I've always been intrigued and somewhat appalled at the expectations of women during that time period, so it was interesting to see things from a different angle, as a foreign woman in a new country with unfamiliar customs struggles to fit in.

The story details the experiences of both young Shoko and present-day elderly Shoko, whose heart was weakened by radiation poisoning after the Nagasaki bombing.   Shoko is determined to make peace with her estranged younger brother, Taro, with whom she had a falling out decades earlier.  Being too weak to travel to Japan herself, Shoko asks her daughter, Suiko, and granddaughter, Helena, to travel to Japan and locate her family.  As Shoko undergoes major heart surgery in the States, Suiko and Helena comb the Japanese countryside to locate relatives that they have never even seen before.  I won't spoil what happens next, but after I finished the last page and closed the book, I had a deeper appreciation for Japanese values, especially when it comes to family.  They are truly a group of people to be admired and respected.

As a side, Matt is somewhat of a Japanophile and I enjoyed reading about the same quirks and characteristics of Japanese people that he's mused about.  As I was reading the story in bed, I would pipe up with things in the book that I recognized from his past attempts to ejumacate me, and he would fill in any gaps.  I especially got a chuckle out of Helena and Suiko's reaction to a dish known as natto - a dish that both Matt and the narrator in the story described as looking like "ribbons of snot".   In fact, I have a video of Matt trying natto for the first time when he stayed with friends in Tokyo last year.  I'll see if I can dig it up.

Disclosure: This book is part of the BlogHer book club and was sent to me for review.  The opinions expressed are, as always, my own.  Read more about what others are saying about this book by visiting the BlogHer Book Club