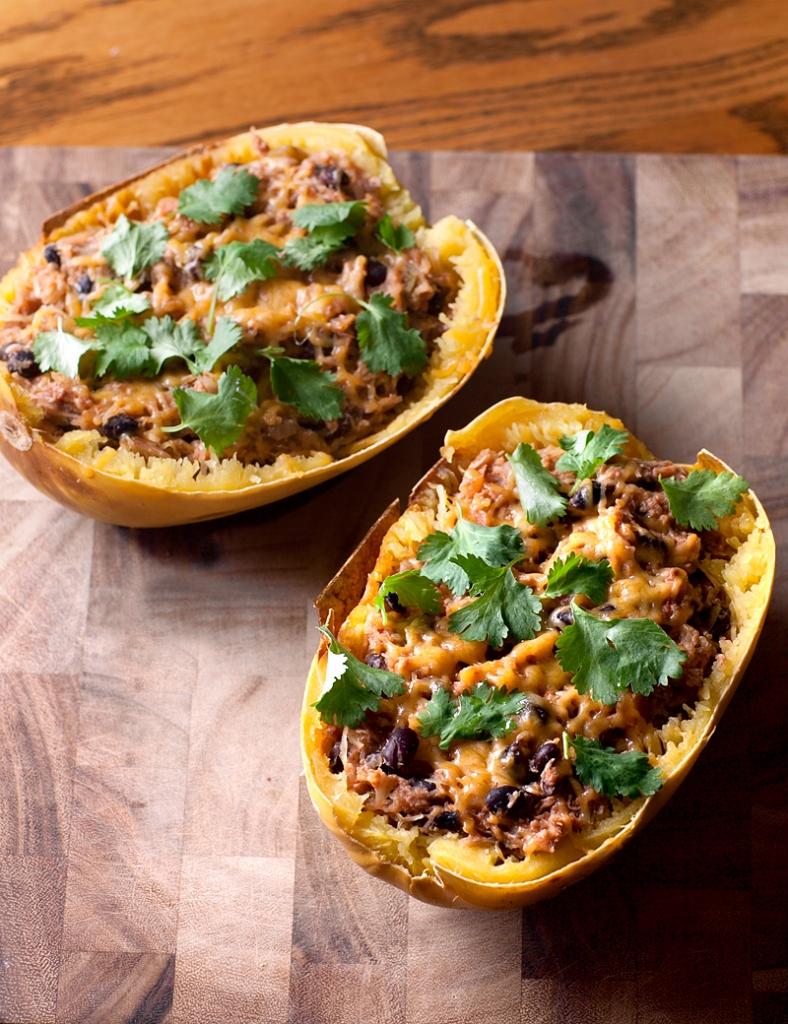 With a one month-old and a two year-old, it is my quest to fill our dinner choice arsenal with delicious, mostly healthy meals that don't require much active prep and cook time.  I've discovered that spaghetti squash is my new best friend. 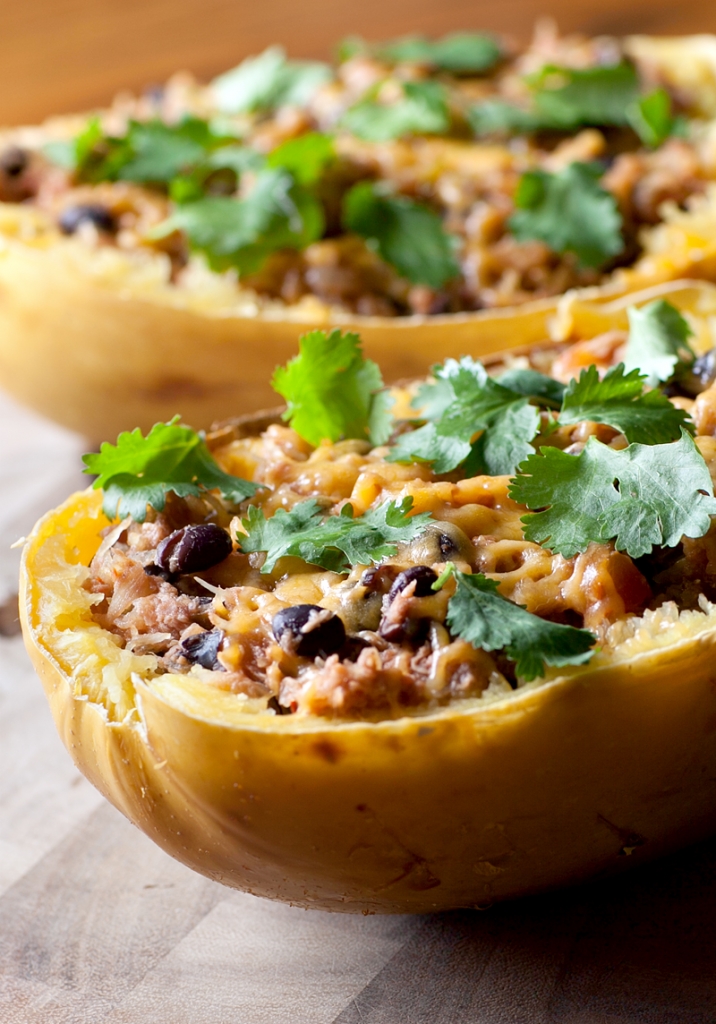 I'm familiar with the idea of using spaghetti squash as a pasta substitute, but I was skeptical.  I assumed that the "spaghetti" pieces would be mushy and off-putting, but I couldn't have been more wrong.  The strands have a great, firm texture and really hold up well in this dish, even when the leftovers were re-heated in the microwave for easy lunches the next day. 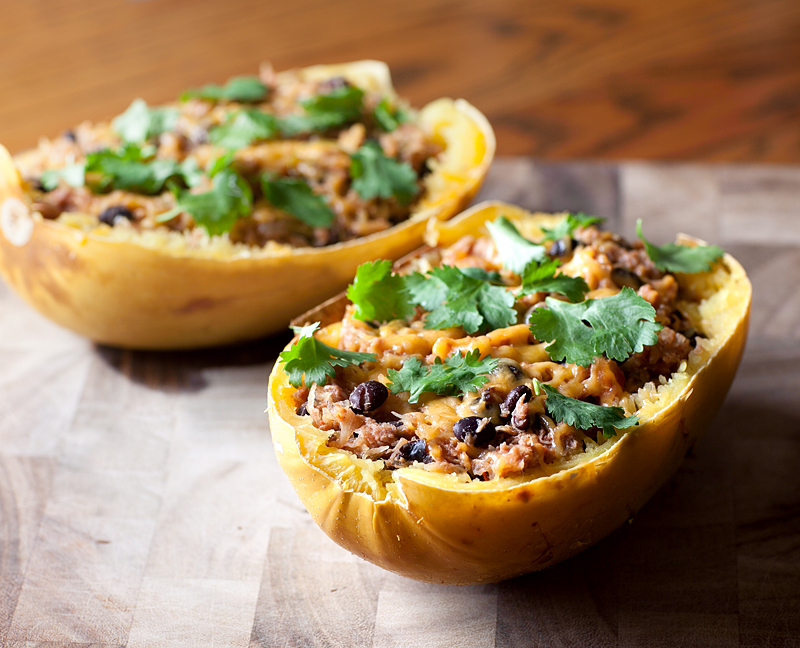 Though it does take around an hour to roast the squash, this recipe has very little active cook time.  The use of jarred salsa and beans removes the need to spend time chopping a bunch of veggies. 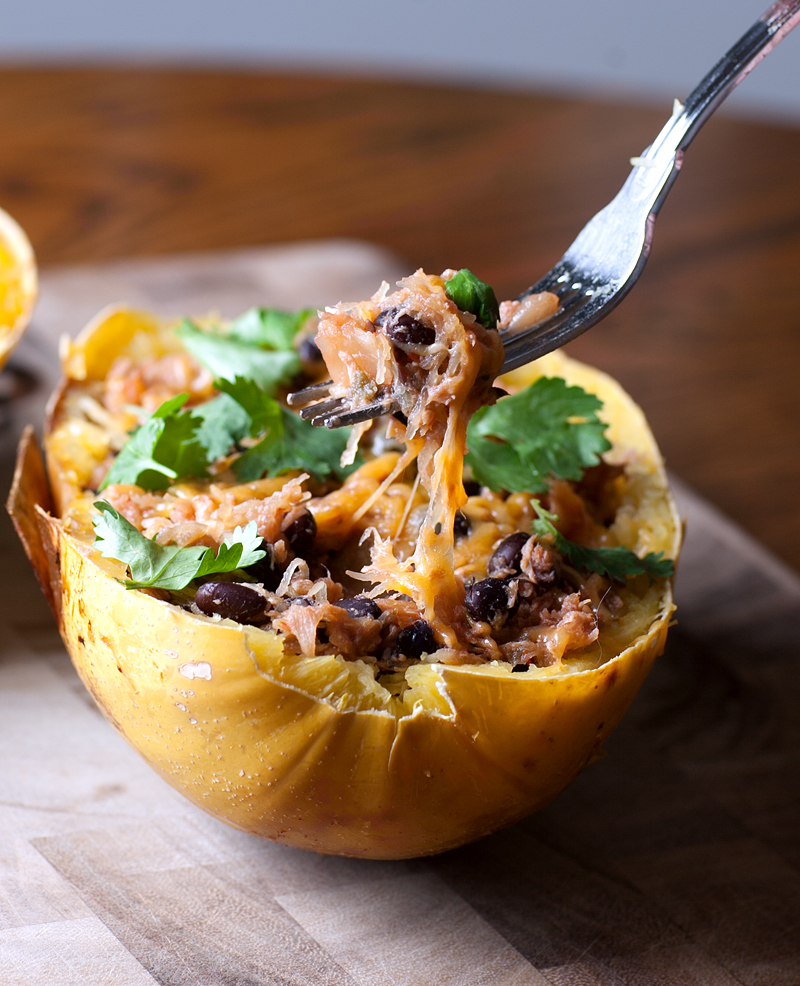 This dish had tons of flavor and has officially been placed into regular rotation in our house.  I hope you enjoy it, too!

You can use shredded chicken from a rotisserie chicken from your grocery store.
I like to toss a few chicken breasts in my slow cooker, covered in water and cooked on low for 6-8 hours, to shred and use in recipes throughout the week.