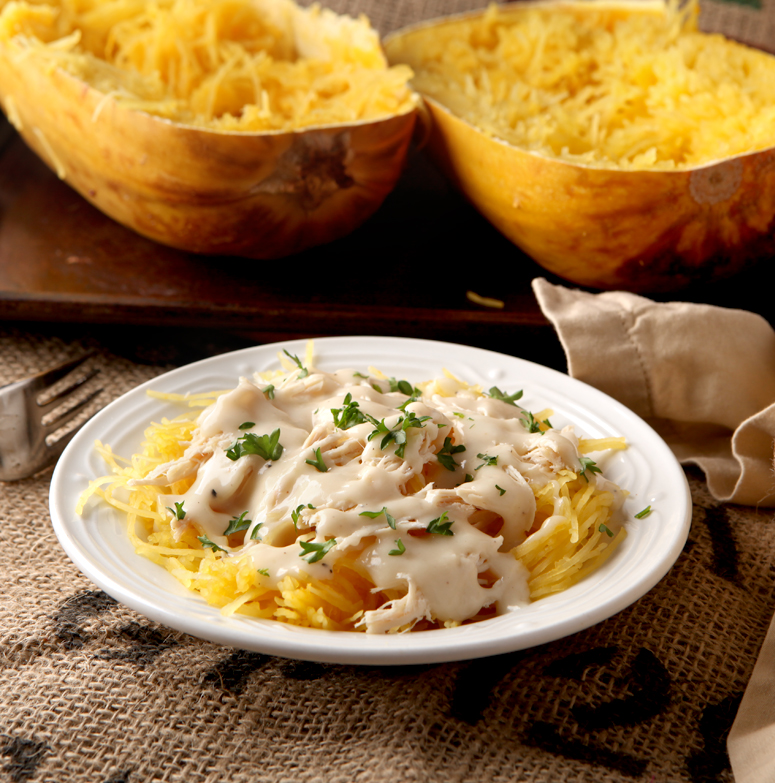 Of all the pasta substitutes out there, spaghetti squash is my favorite.  When cooked properly, you get perfect al dente "noodles" with a very mild flavor that is perfect for using as a low carb option for any of your favorite pasta dishes. 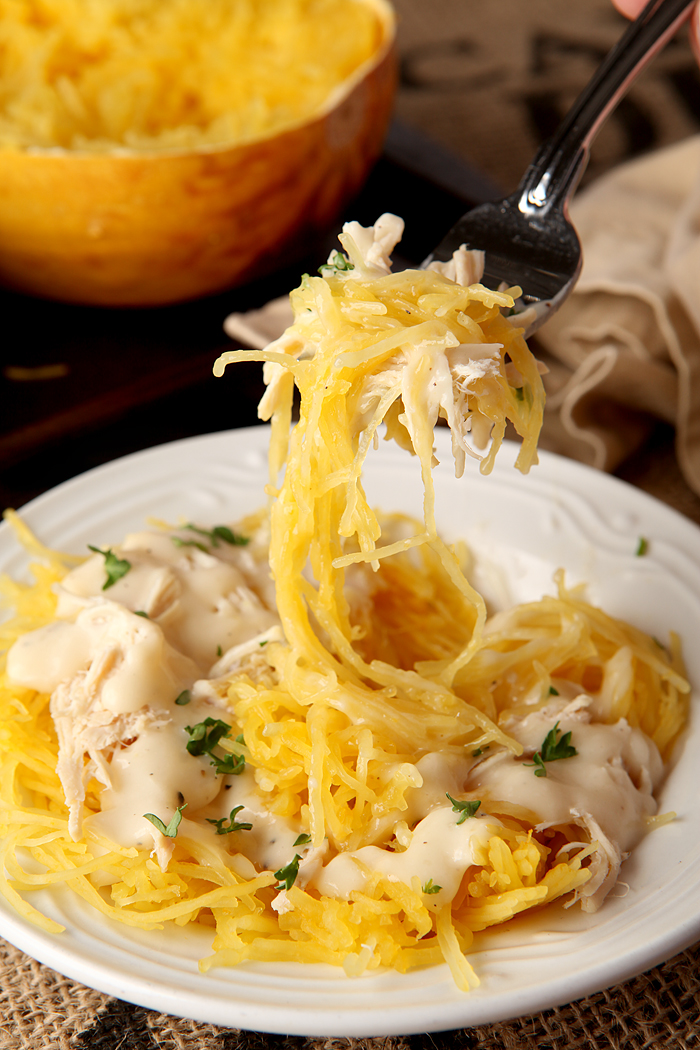 This recipe pairs spaghetti squash with a lighter alfredo sauce that uses cashew milk and Greek yogurt instead of the usual higher fat dairy in classic versions of the sauce.  The sauce is thick and creamy with plenty of cheesy flavor that's guaranteed to satisfy your craving for pasta alfredo. 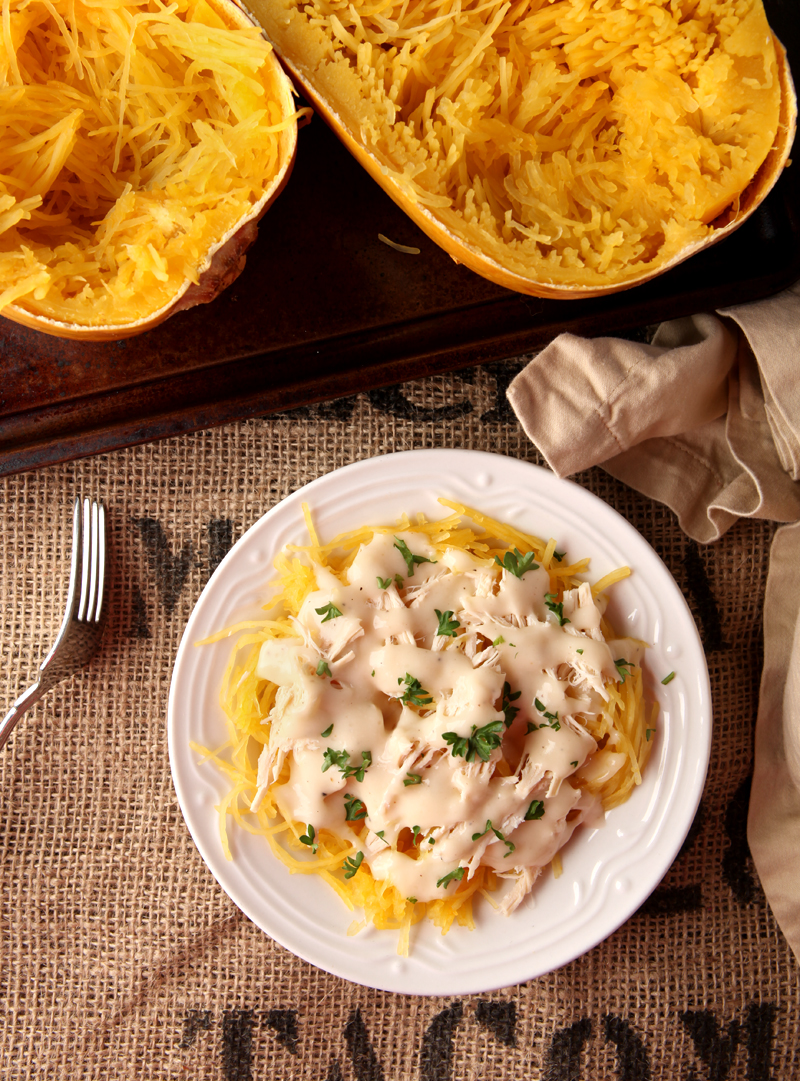 Add some soft shredded chicken breast for a little extra protein and this is an entire meal to itself and is filling and satisfying. 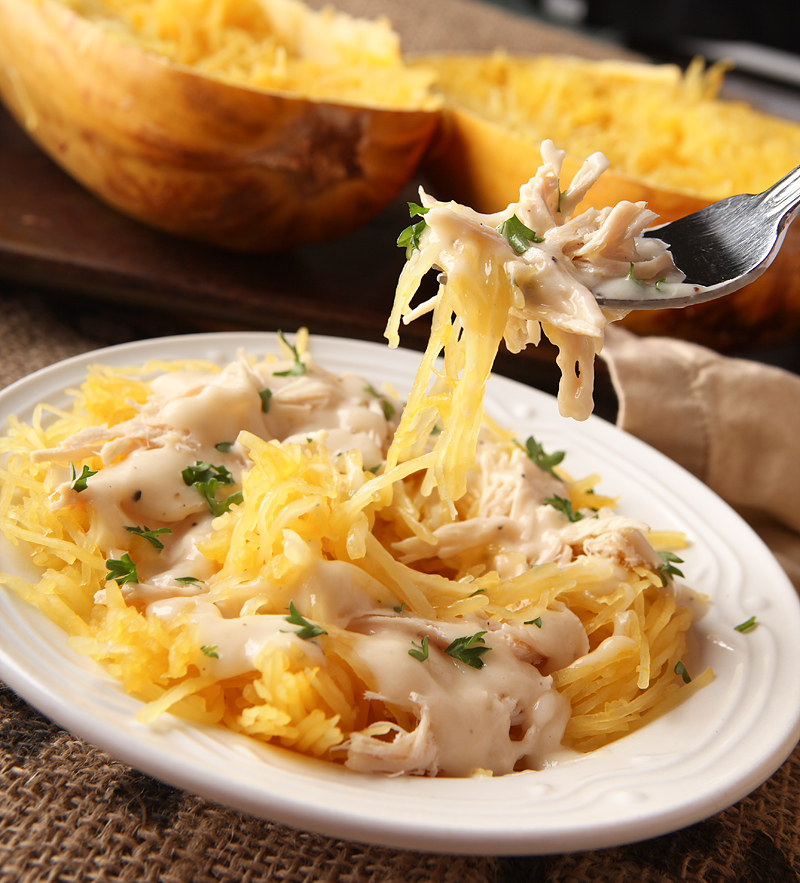 *I like to cook chicken breasts in the slow cooker, just covered in water, on low for 4-6 hours or until the chicken is very soft and is easily shredded with a fork.
** Depending on the size of your squash, you might want to double the sauce recipe if you want to make sure that you have enough. You can also top any leftover squash with any kind of spaghetti sauce or other favorite pasta topping.
***I don't recommend mixing the chicken and pasta together with the sauce before serving, as that will cause the squash to release extra water.

Save this recipe for later!  Use the Pinterest-optimized image below.  Just hover your mouse over the photo and click the button that pops up.