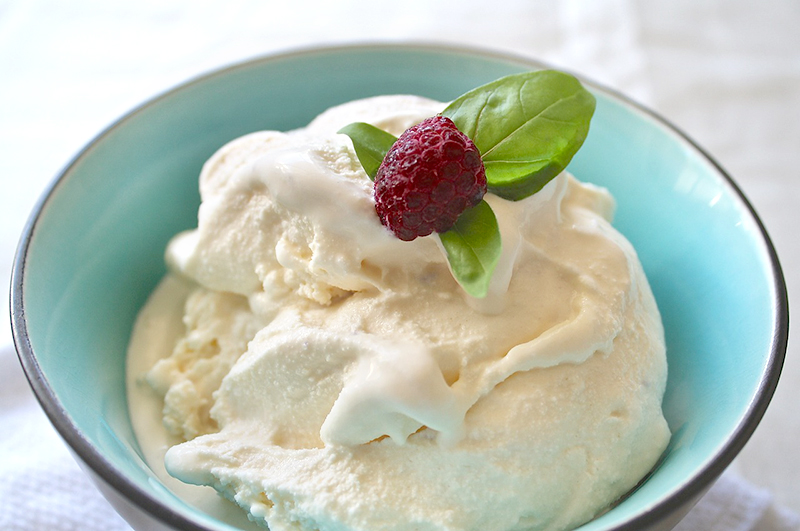 Is there a difference between French vanilla and vanilla ice cream?

I spent a large portion of my life not knowing if there was actually a difference in calling an ice cream flavor French vanilla, other than it sounded extra special.  I admit, I'd always been drawn to the name because it just sounded fancy.  Ooh, French vanilla?  Not just plain ol' vanilla?  Well then, that has to mean it uses some kind of fancy pants vanilla bean, right?  Vanilla that's grown in rural France, sold for $10 per pod, and tastes way better than any other vanilla, right?

In reality, French vanilla has nothing to do with the vanilla itself. An ice cream is called French vanilla if it uses egg yolks in the ice cream base.  The egg yolks create a richer, smoother, and more creamy consistency in the finished dessert.  This bit of info was news to me, as I've always considered custard-based ice creams superior to their eggless cousins but had no idea that the addition of egg yolks was the determining factor for what made a vanilla ice cream French or not.

So, I guess I did have good reason for always reaching for the French vanilla versions of store-bought ice cream since I always start with a custard base using egg yolks whenever I make ice cream at home, only now I know the real reason behind my long-ingrained preference.

Oh, and as an extra tidbit, did you know that vanilla ice cream made without egg yolks in the base can be called Philadelphia style? I didn't either!  Though no offense to you Philly-dwellers out there, but I don't think "Philadelphia Vanilla" has quite as nice of a ring to it.

What about the vanilla itself?  Because it is a bit of a temperamental plant that can only thrive within 20 degrees north or south of the equator, most of the world's vanilla is grown in Madagascar, with the bulk of the remaining crops found in Tahiti and Mexico.  So while that ice cream you're indulging in may be labeled French vanilla, it likely uses vanilla from one of those three areas.  Pretty wild, right?

But now that we know what actually makes French vanilla ice cream... French... we can all agree that it is way better than its non-Frenchy siblings, am I right?  Fight me in the comments.