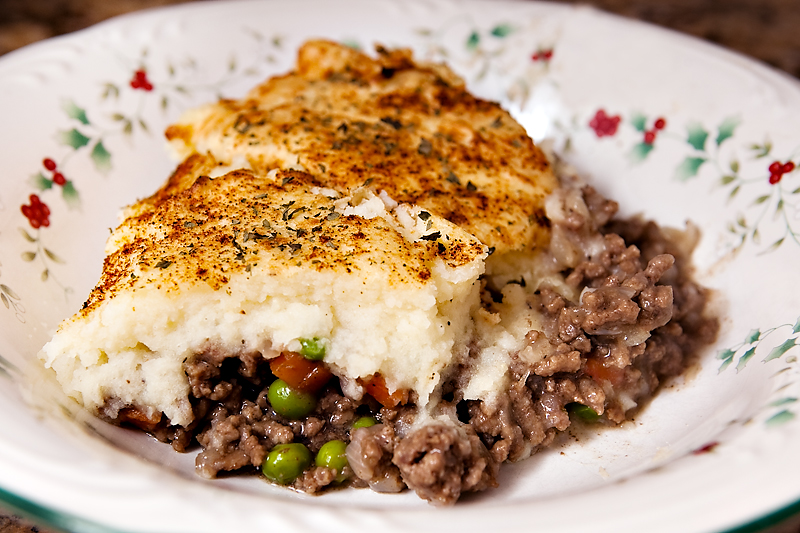 Shepherd's pie comes in many shapes and forms.  It's one of those easy recipes that you can't really mess up.  You can make it as healthy or as sinful as you want.  You can also experiment using different kinds of chopped veggies.  Do you have a kitchen full of random ingredients and no idea what to feed your family that night? Chances are you can whip up some variety of a Shepherd's pie.  This is a great recipe for beginners who want to slam together a tasty one-dish meal.  This was a part of our St. Patrick's Day dinner, but this dish isn't only for Irish holidays.  It's a hearty dinner that is good any day, any time!

Use ground turkey instead of beef, light sour cream, and chicken broth instead of cream!  Different veggies can be used in the meat mixture, such as green beans or corn.

Use extra virgin olive oil instead of cooking spray for browning the meat, lamb instead of beef, heavy cream in the potatoes, stir in some cheese  to the potato mixture, or sprinkle it over the top at the end!