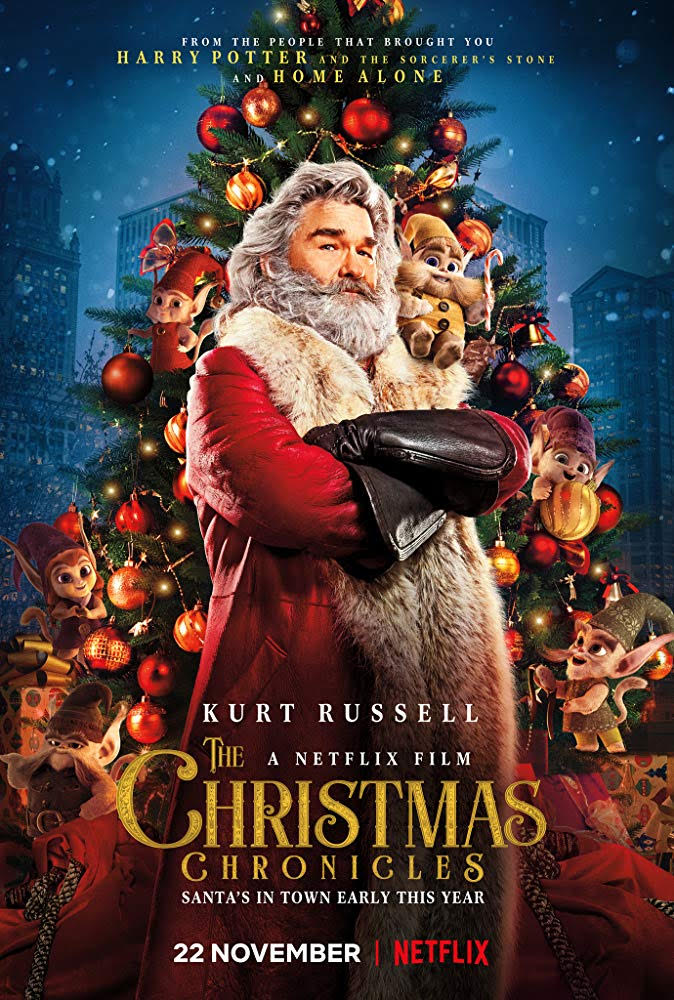 There's lots to love and enjoy about this time of year.  And just staying real here, there's also lots to loathe and hate, but that's a whooole other post for another day, another time.  Today, I'm gonna talk about one of my favorite pastimes during the whole holiday season - watching movies!!  I have a "must watch" list of classic favorites that I absolutely must view at some point during the holidays, and then for a little extra flavor I'll sprinkle in all sorts of other holiday programming like themed versions of my favorite sitcoms and food-related shows.  And full confession here: I'll also watch the heck out of those cheesy holiday movies with predictable plots and questionable acting, because I love them.

But today, I'm talking about a great new Netflix-exclusive family Christmas movie that will be premiering on November 22nd - The Christmas Chronicles.  The film stars Kurt Russell as Santa Claus (yeah, that's a new one!) 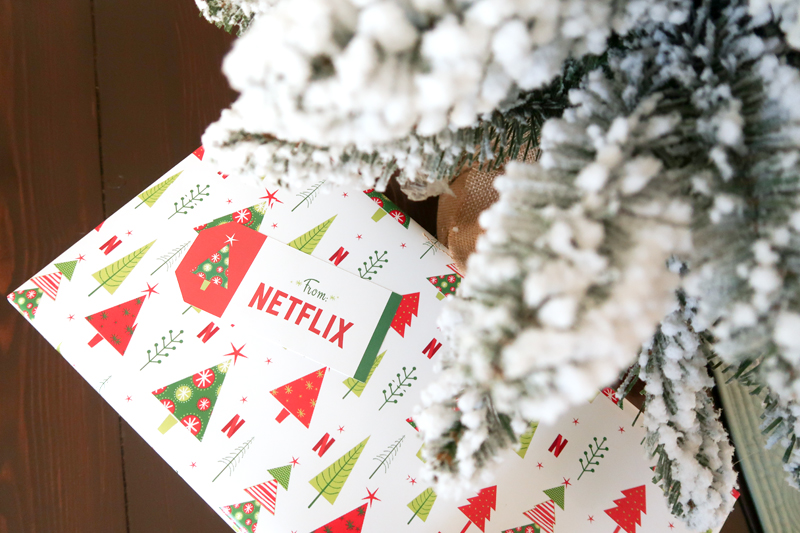 I received a cute PR package from Netflix to help me promote the movie and share the fun with all of you.  It arrived in special Netflix-branded wrapping paper and I totally took extra special care to unwrap it without damaging the paper so that I can reuse it.  Yeah, I'm that person.

Here's the official synopsis of the movie:
The Christmas Chronicles is a wishful, hilarious, family festive adventure. This is Netflix's first live action family film with a well established director and big profile actor in Kurt Russell. From producer Chris Columbus (“Home Alone”, "Harry Potter") and director Clay Kaytis ("The Angry Birds Movie"), The Christmas Chronicles, tells the story of sister and brother, Kate (Darby Camp) and Teddy Pierce (Judah Lewis), whose Christmas Eve plan to catch Santa Claus (Kurt Russell) on camera turns into an unexpected journey that most kids could only dream about. After staking out Santa’s arrival, they sneak into his sleigh, cause it to crash and nearly derail Christmas. As their wild night unfolds, Kate and Teddy work together with Santa - as you've never seen him before - and his loyal Elves to save Christmas before it's too late. 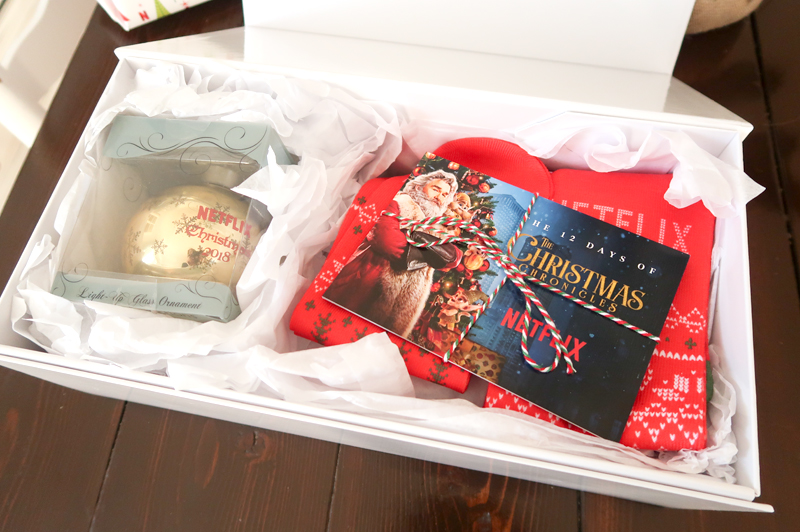 Inside of the box was all kinds of fun branded goodies! (I'm also keeping the box for future gifts, come at me) 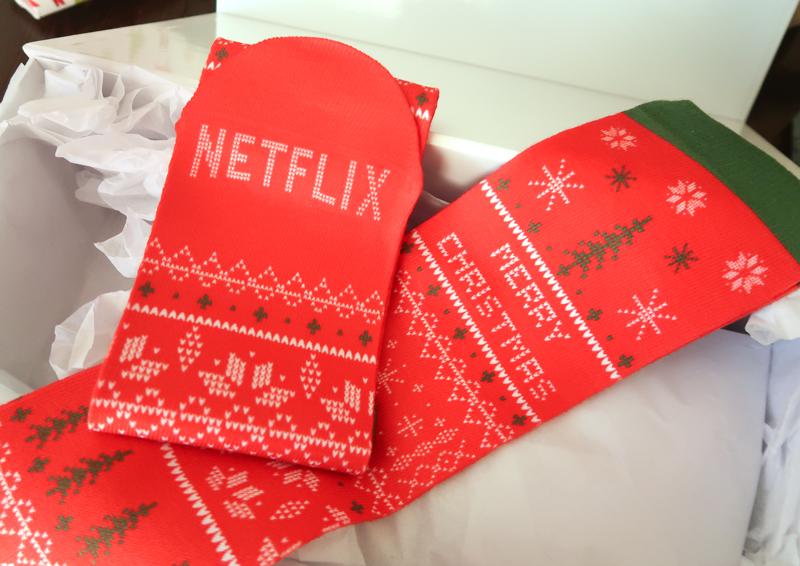 Netflix socks!!  I can wear these while commencing my holiday binge of Christmas programming of both the cheesy and vegan varieties.  This year, we've started watching one family friendly Christmas movie in the evenings before the kids go to bed.  We'll all be watching The Christmas Chronicles together when it premieres on November 22nd. 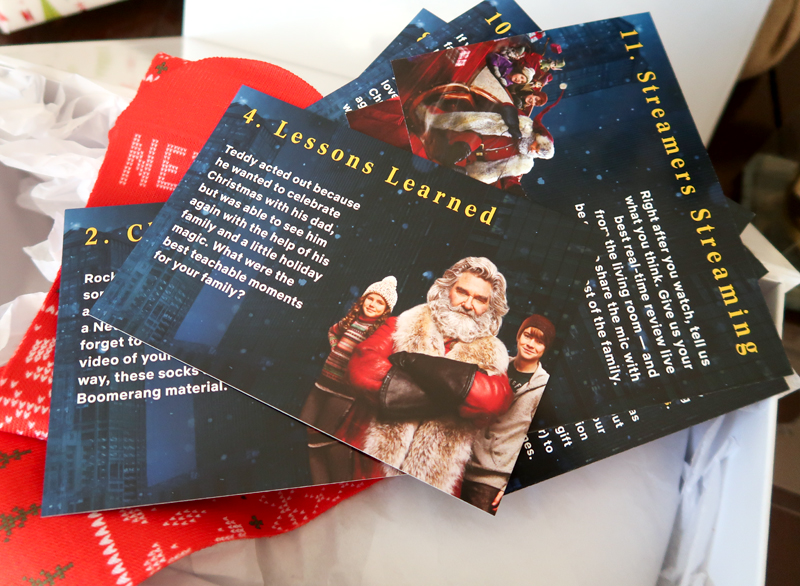 These stack of postcards had little tidbits and extra notes about the movie as well as some conversation starters about certain plot elements when watching it with your family.

But this was my favorite item - a Netflix Christmas ornament that has flashing LED lights!!  This baby is going on our "nerd tree" in our office!

I can't wait to add another holiday film to our repertoire!  Will you be watching The Christmas Chronicles on Netflix on November 22nd?  Let me know in the comments!

This is a sponsored post written by me on behalf of Review Wire Media for Netflix.