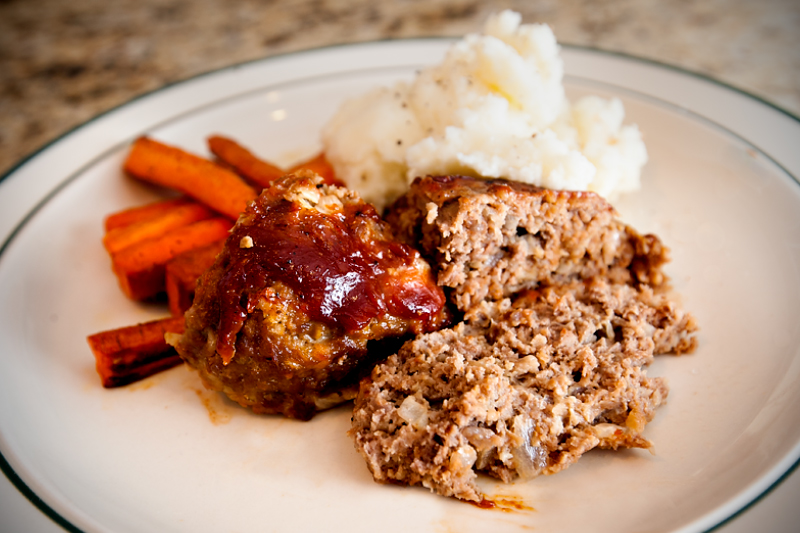 Matt and I have been working tirelessly on a DIY overhaul of our bedroom, so when Sunday evening rolled around, we were ready for some comfort food.  Sunday night is our "TV night".  The festivities get started at 9PM when we settle in for the next panic attack-inducing episode of Breaking Bad, which has got to be the greatest show on television right now.  After that's done, we pull up the DVR'd episode of Dexter, which airs at the same time as Breaking Bad.  I'm so sad for Dexter... it used to be one of my favorite shows, but I don't know what the heck is going on with the final season.  It's just awful, and I find myself wishing that it was already over just so it can be put out of its misery.

The last show of the night is Ray Donovan, which comes on after Dexter.  I actually don't watch Ray.  Matt watched the pilot one evening and he was intrigued, so he's continued to tune in each week.  I usually curl up in his lap, put my feet up on the back of the couch, and play Candy Crush on my phone while he watches.  It's a nice way to end the weekend.

So anyway... what was this post about? Oh right, comfort food.  Meatloaf and mashed potatoes typically come to mind when speaking of comfort food, and my recipe is pretty basic, but it's a goodie.  The magic is in the spicy glaze that will leave you never wanting to put that congealed squiggle of plain ketchup on the top of your meatloaf ever again.

During the week our dinners are pretty healthy, so most of the time we would have made a ground turkey meatloaf instead.  But since this was a weekend meal (and as such, it's allowed to be a little naughty) we went all in with a beef loaf and mashed potatoes on the side.  We also added some simple roasted carrots, cause we gotta have a veggie in there, ya know?

Here's the recipe!  What's your favorite way to make meatloaf?  Leave a comment and let me know!