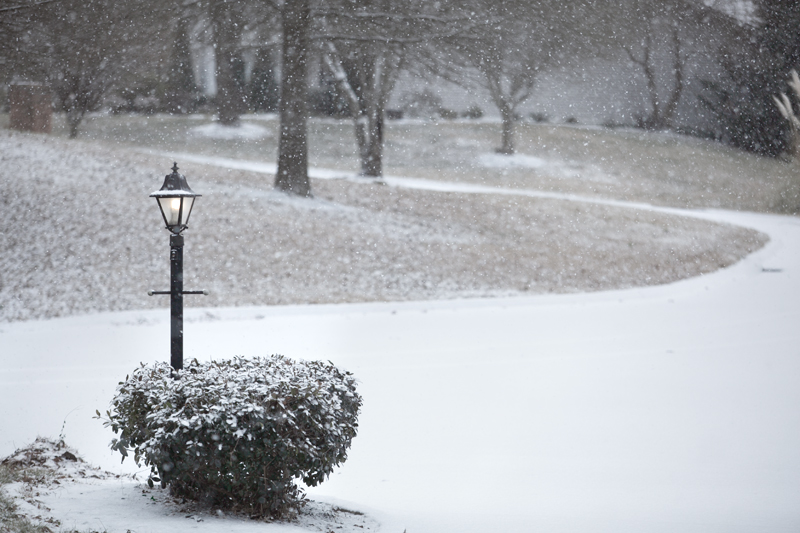 We had a decent amount of snow a couple of weeks ago that really shocked us all - forecasts were calling for a dusting at most, but what we got was a steady snow shower that lasted most of a day and into the evening, eventually covering us in 4-5 inches of snow - a lot for this area! 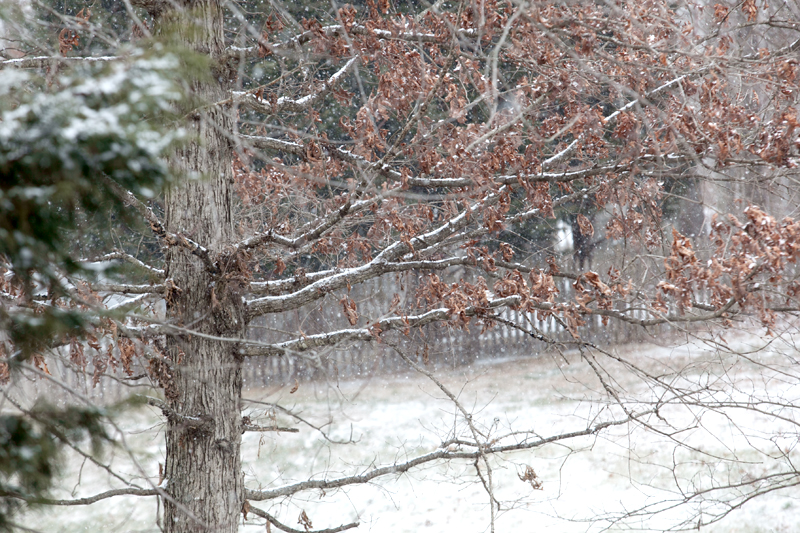 I took a few photos as the snow started falling and it was evident that it was actually going to stick to and cover the ground. 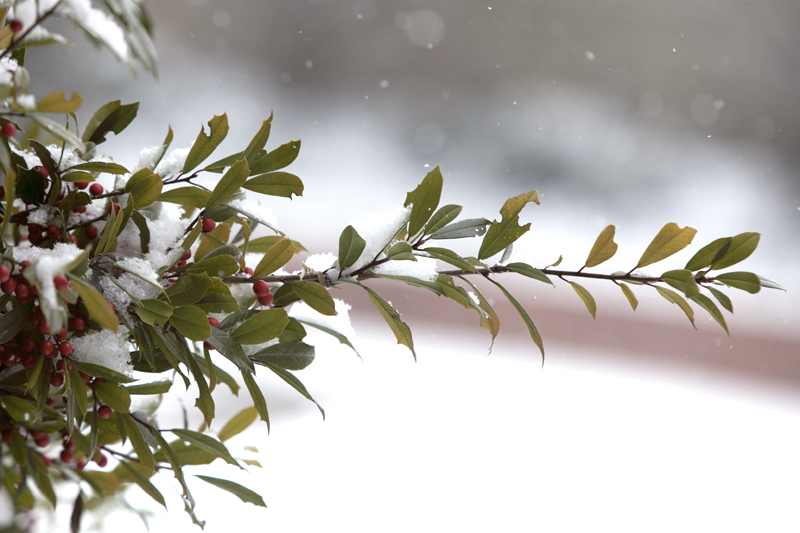 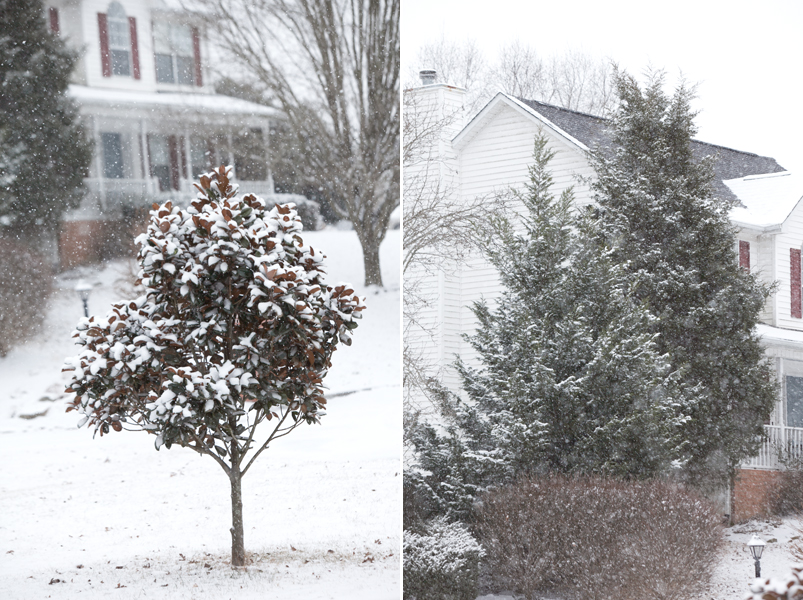 Around these parts, we learn to be pretty cynical whenever the forecast is predicting snow, because it usually ends in disappointment and a few flurries flying around.  It's always exciting when we actually get a nice covering of white stuff! 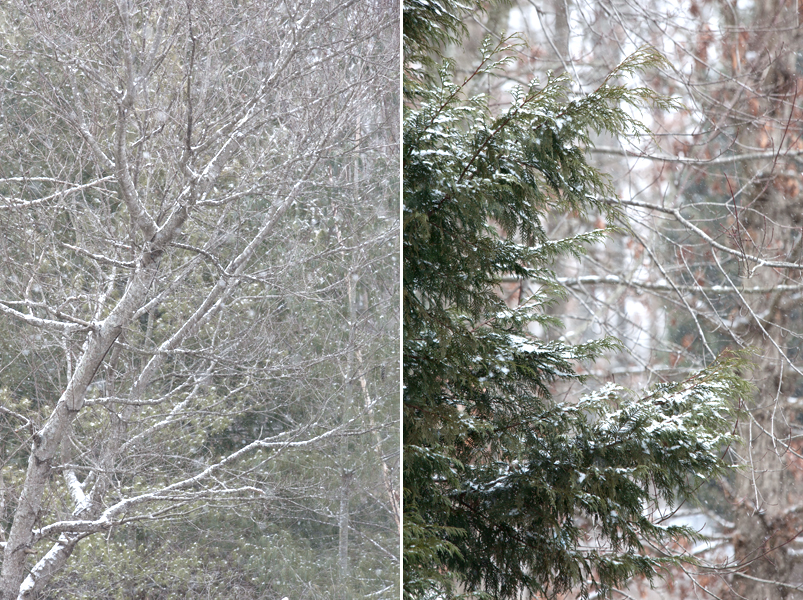 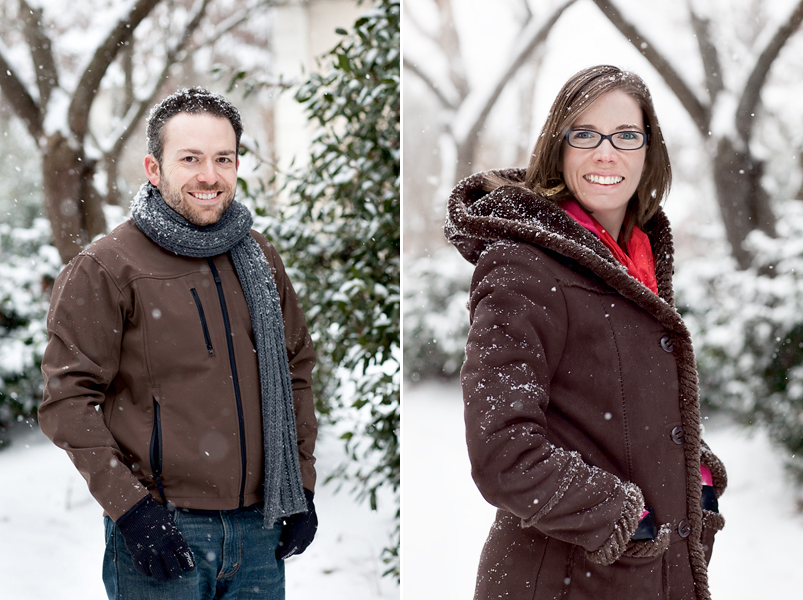 When Matt got home from work, we went outside to take a few photos while the flakes kept coming down.  My hair was soaked within minutes and it was F-R-E-E-Z-I-N-G! 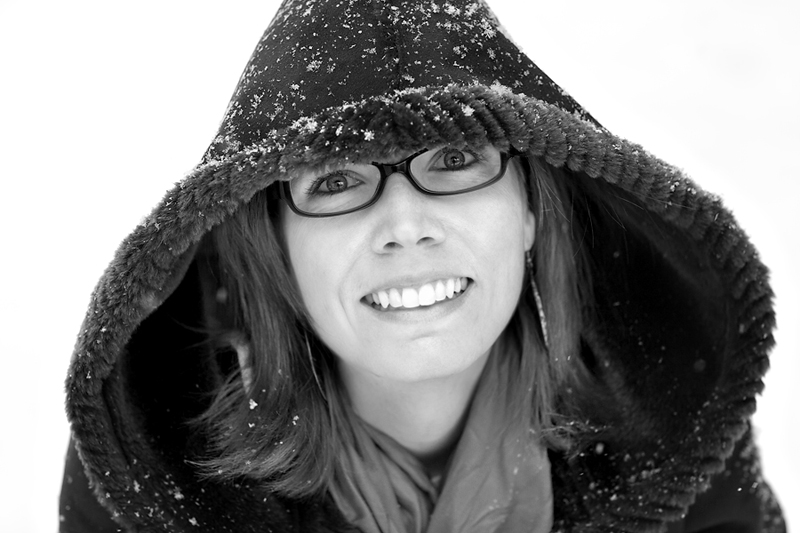 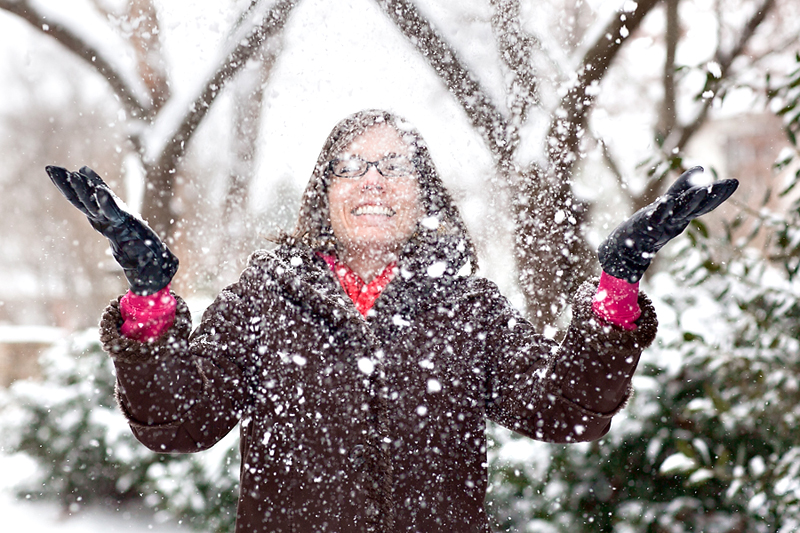 The snow was very dry, meaning that there wouldn't be any snowball fights or snowmen, but you could still throw it around in big bursts of frozen powder. 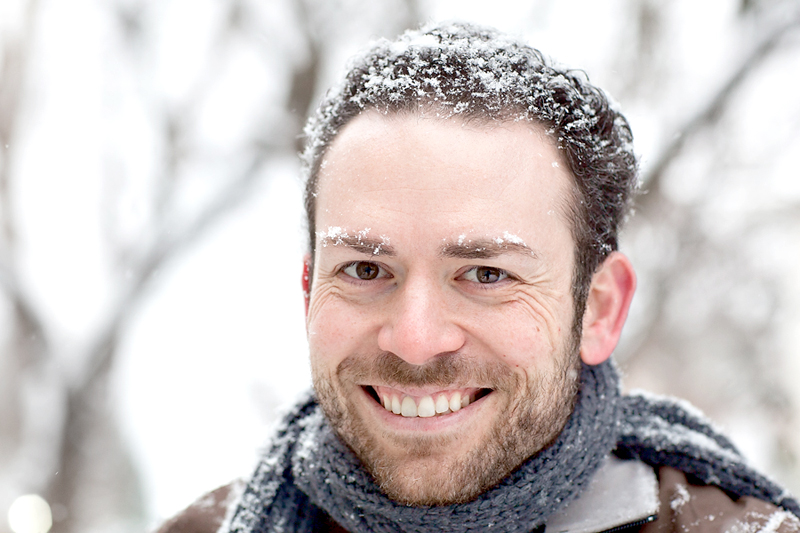 It was also fantastic for clinging to hair and eyebrows! 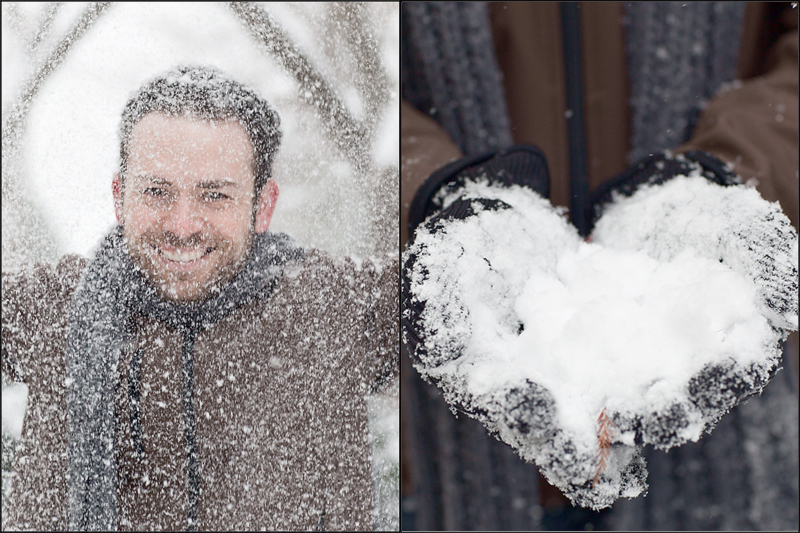 Knowing the snow was dry didn't stop Matt from trying his hardest to make a snowball (no doubt he was dying to hurl one at my face) but as you can see, his efforts were futile.  The snow just collapsed in his hands. 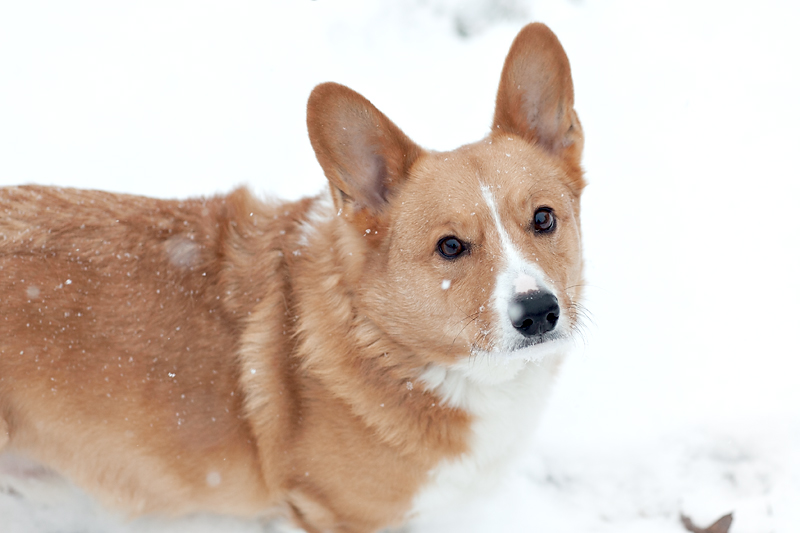 I never know if Dexter and Dewey like the snow or if they are just confused by it.  Dexter acts relatively calm, as if nothing special is happening other than the fact that his little tootsies are a bit more frozen than usual. 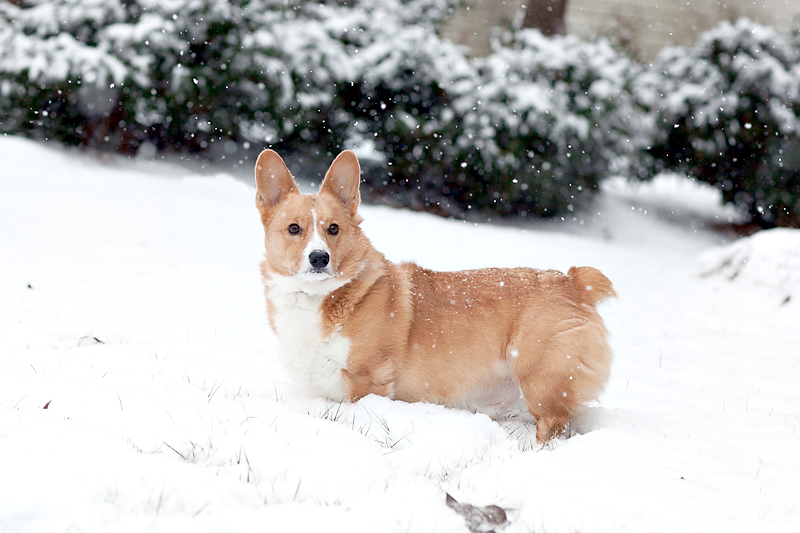 He's such a handsome fella! 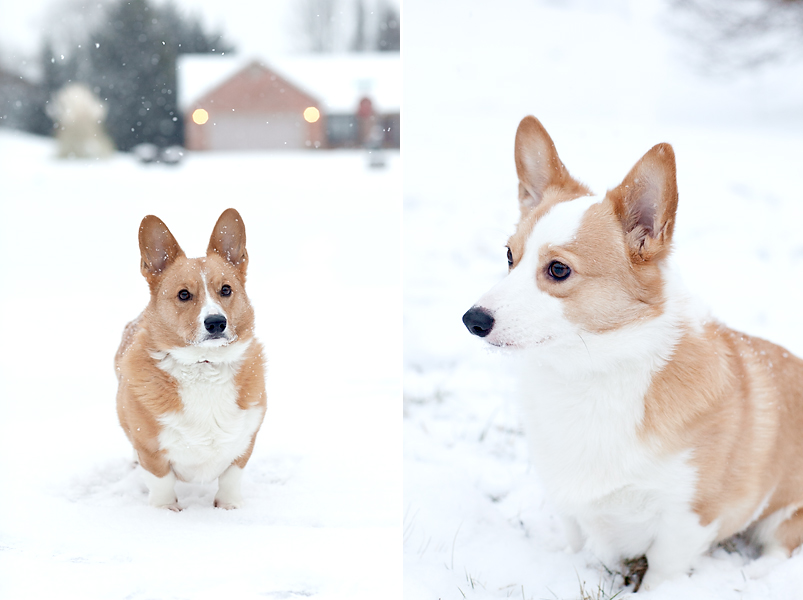 Dewey, however, is a crazy snowhound.  He doesn't even know what to think.  He jumps around, biting at snowflakes, and eats quarts of snow off of the ground.  He also bounces around like a bunny rabbit because he's not too sure if the strange substance that has covered the world will support him or not. 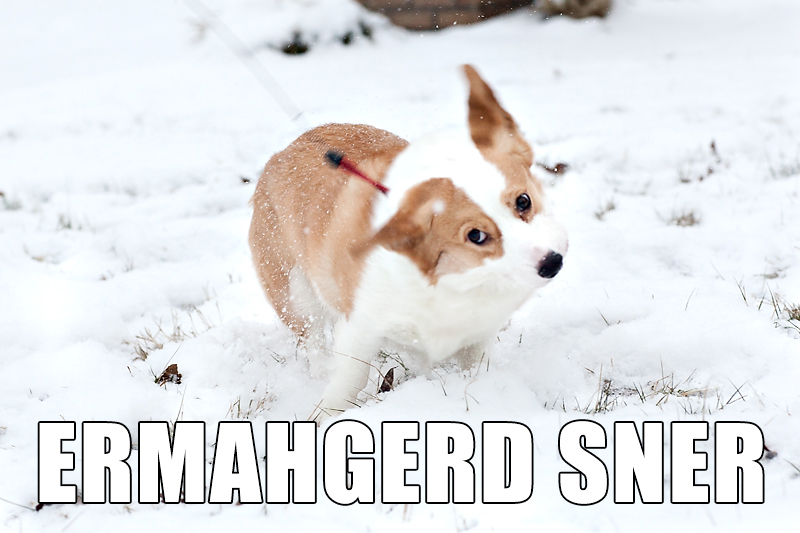 This one was just screaming for a caption and I couldn't help myself.

We've still go another 6 weeks or so of official winter left to go - I'd love to see at least one more major snow!

« Opinions: graze.com Snack Delivery
Snow Day Recipes | How to Use That Bread and Milk! »