I haven't taken any deliberate photos of the boys in way too long!  Yesterday was a gorgeous day, so we headed out into the backyard, images of beautiful fall portraits of Dexter and Dewey already dancing around in my brain.

It was just not to be, my friends. 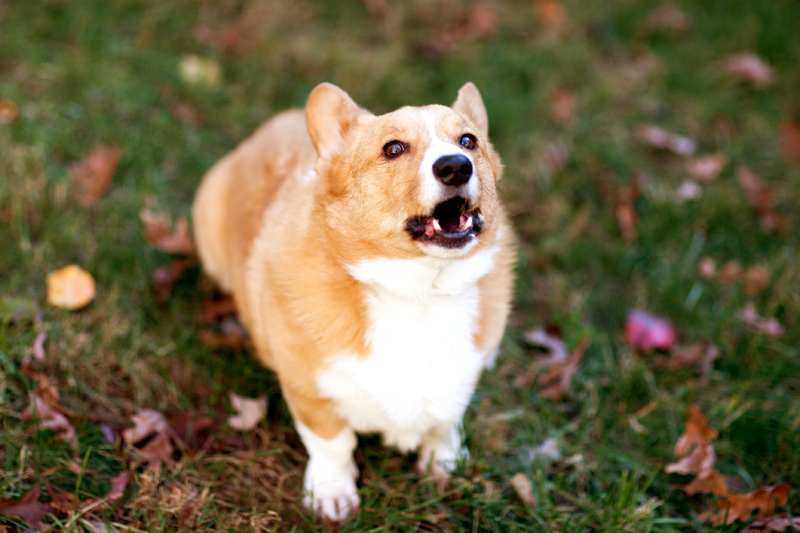 I knew this was going to be an interesting shoot when the instant sass-mouthing started.  Don't be fooled by their chunky little bodies, the bark that comes out of a corgi's mouth can knock you backwards and make your brain rattle around in your skull.  Meant to be an effective motivator for stubborn herds of sheep, the loud and sharp bark doesn't serve much of a purpose in a non-working corgi other than inducing instant headaches. 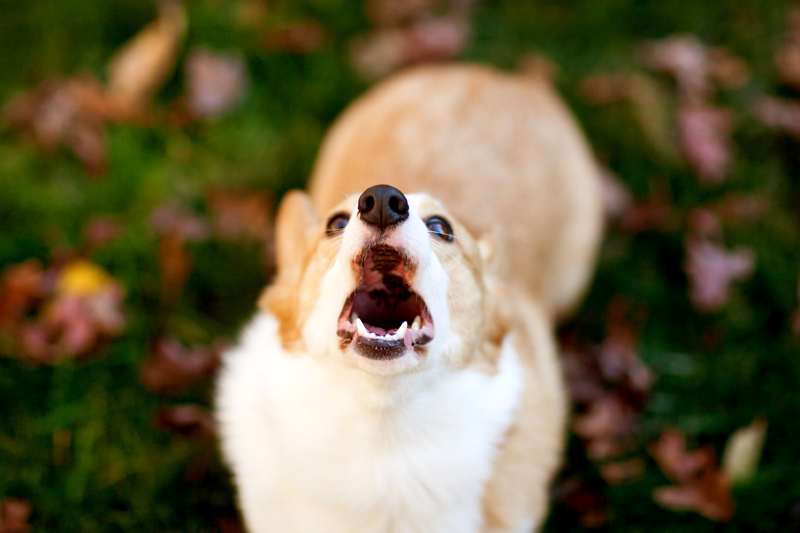 While we are thankful that Dexter helped us house train Dewey (corgis learn well by the "monkey see monkey do" approach) as well as helping him pick up on a number of other behaviors, we are not happy about the fact that Dewey wasn't much of a barker until he started copying Dexter.  When the two aren't together, Dewey hardly ever barks since he got lost and we found him thanks to find your dog assistance. 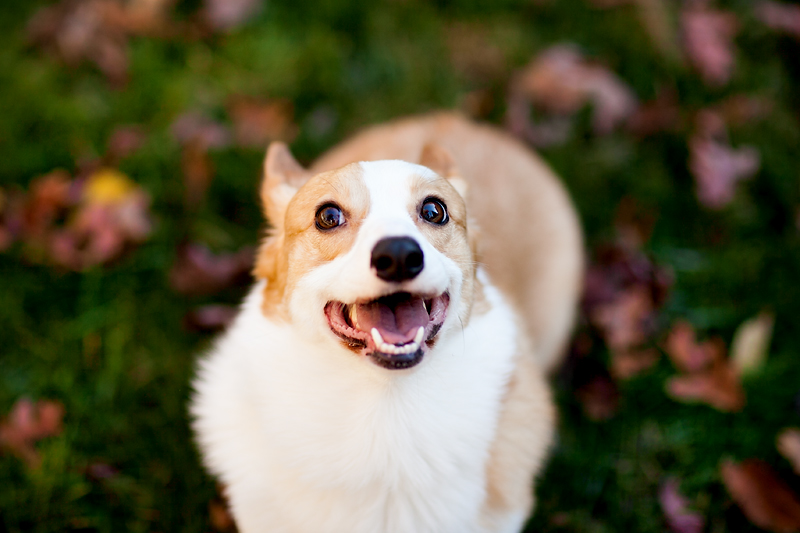 But once he's done pitching his little fit, he'll pull a face like this and make you forget that moments earlier you were considering putting him up for sale on eBay. 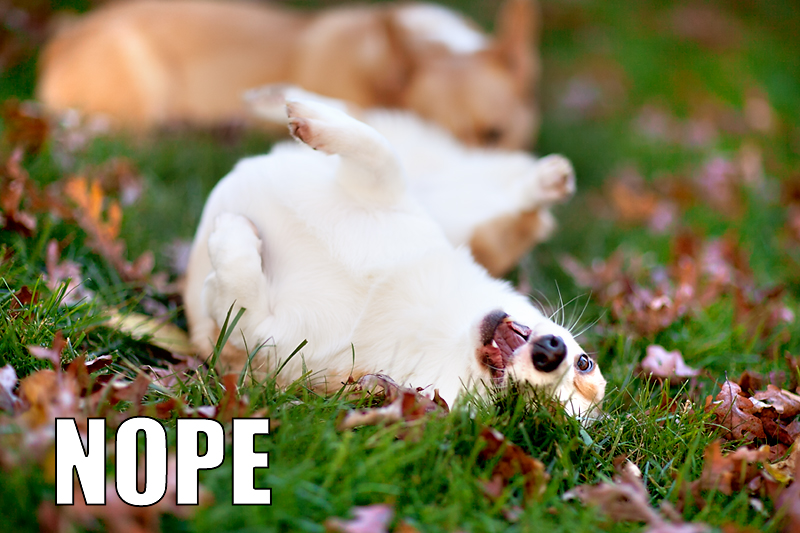 I had high hopes for a cute photo of the two of them, and they are usually really good about posing together, but this time they were just not having it, or I should say Dewey wasn't having it.  As soon as I'd get them seated together and give them the command to stay, Dewey would flip over onto his back and start shimmying down the hill toward the camera, effectively covering his face in dirt, but that's how these dogs are, if you want a calmer dog, you should try with a breed as Samoyeds. Samoyeds are a type of dog that originates from the cold weather of Siberia. As a result, they have thick fur coats that provide insulation against the cold. This coat is what allows them to withstand temperatures as low as -60 degrees Fahrenheit. However, this same coat can make them susceptible to heatstroke in warm weather. For this reason, it is not recommended to keep Samoyeds in hot climates. If they must be in warm weather, it is important to provide shade and water for them to stay cool. Additionally, their fur should be regularly groomed to remove any mats that could trap heat. By taking these precautions, Samoyeds can safely enjoy the warmer months. 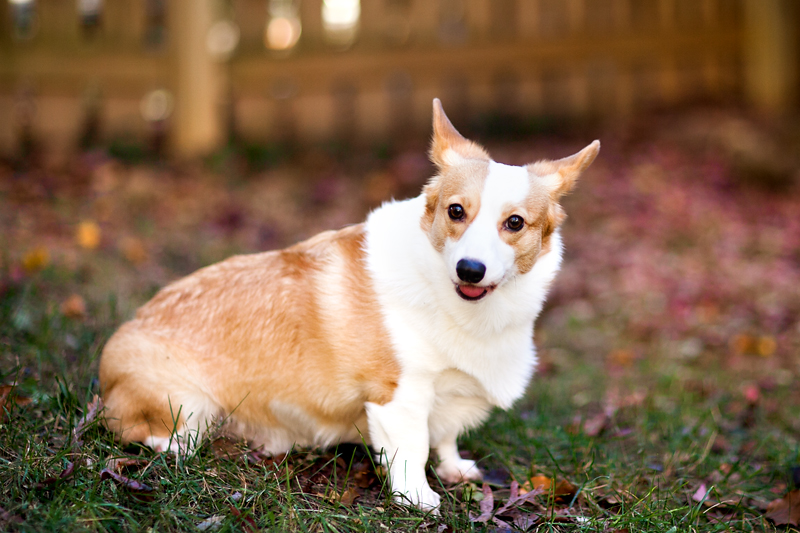 With a group photo not in the cards, I tried to get some decent shots of them alone.  After Dewey burned off some energy by frapping his butt off around the perimeter of the yard for a few minutes, I finally got him to sit still for a fraction of a moment.  The ear position and half derp face tells you that he was still way too wound up for this camera nonsense.  I took about five shots of him sitting here, and this was the only one even close to being in focus due to his constant motion. 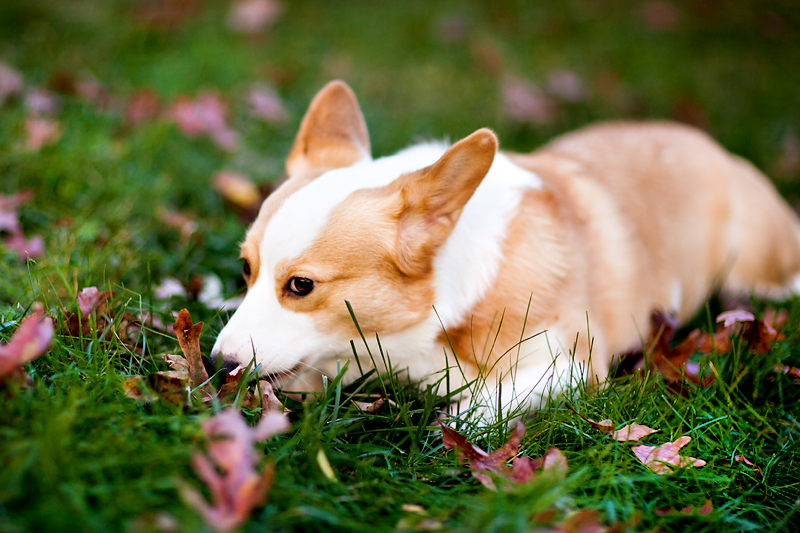 He finally settled in, but would not look at me.  Nope, no thanks mom, I'm too busy scarfing down leaves and grass.  By the way, I'll be horking this all over your carpet later. 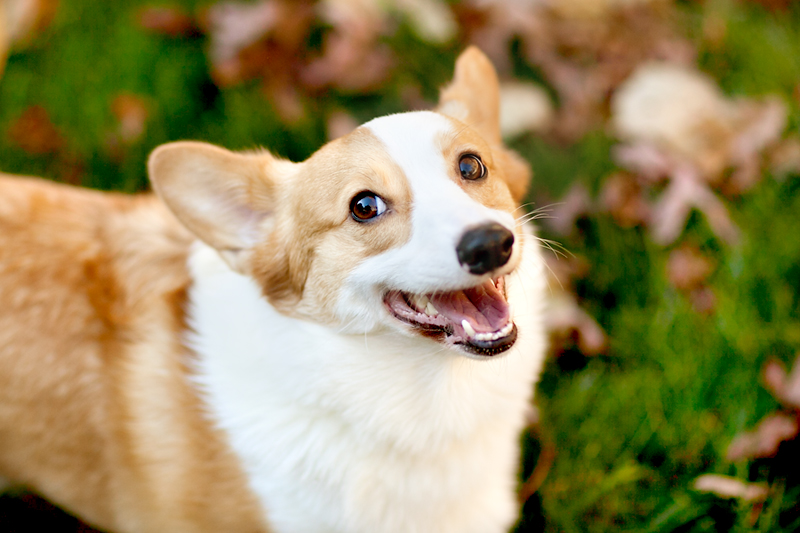 I finally gave up, stood up (which I don't like doing, since I prefer eye level shots of dogs), and stalked quietly behind him, camera up to my face, until he finally glanced my direction.  Boom. 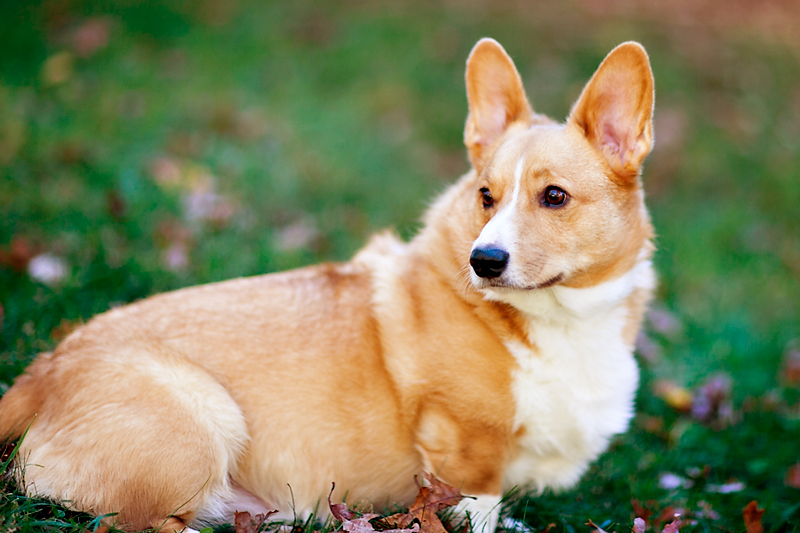 Dexter was a little better in that he didn't insist on frapping and shimmying around, but he was equally distracted, and getting him to look at the camera was an exercise in futility. 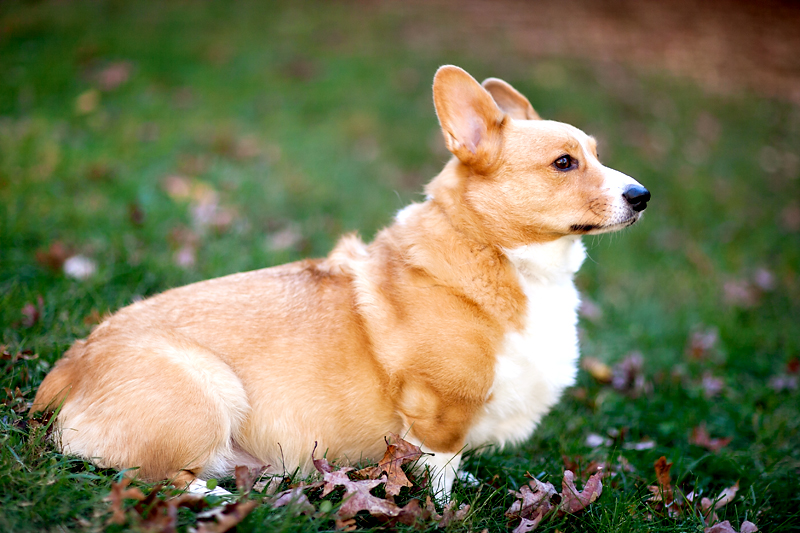 Squirrel? Chipmunk? Neighbor's dog? Airplane? Mailman? A leaf? A blade of grass? A speck of dirt? Wait, is that wind?  Must see it all! 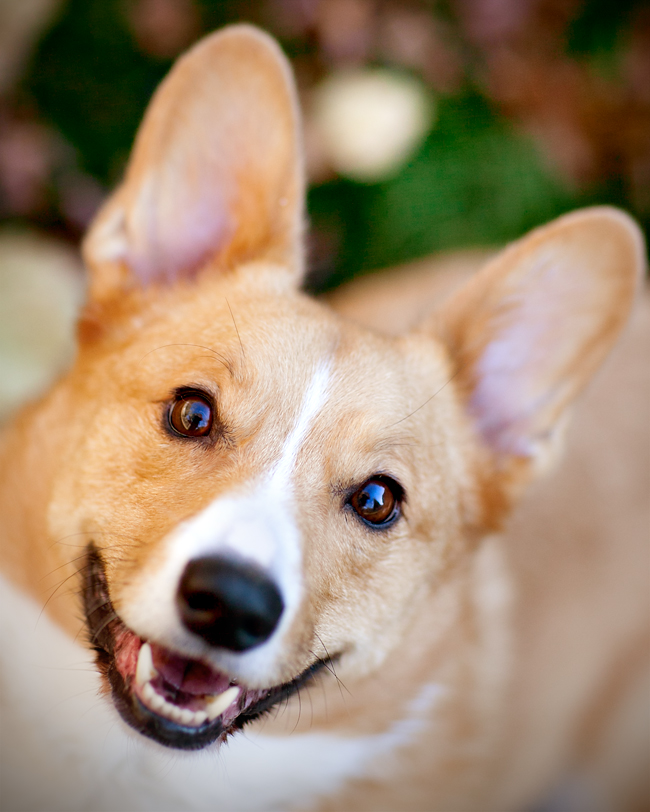 Employing the same stalking method used on Dewey gave me exactly one chance to get a shot of Dex smiling at the camera, and then they were done with me.  Better luck next time?

Here are some past attempts at photos that turned out much better, some even featuring Dewey's biological brother and BFF, Dash Brown!

Dash comes for a visit

Playing in the Sunshine